Quit fretting over Twinkies that you can’t buy and the Thanksgiving groceries that you have to purchase. Take a look at the crazy-high shelf price of a Georgia-grown staple – peanut butter.

Paying well over $3 per 18-ounce jar – more than a buck more than a year ago — made this choosy mother ask what was going on in peanut country a hundred miles south.

Peanut butter prices rose about a dollar from last year.

In a state that is ground zero for all things peanut, it’s easy to take for granted these protein pellets. All the Peter Pan brand, for starters, is processed in Sylvester, Ga.; Smucker’s is the largest buyer of Georgia peanuts, for Jif and Uncrustables. Atlantans forget that amid the many  public appearances by former President Jimmy Carter, “he is certainly the most famous peanut person in the United States,” said Don Koehler, executive director of the Georgia Peanut Commission.

By phone from his base in Tifton, about 160 miles south, Koehler quickly filled in the  facts of the price nutty hike. It was a timely call, because November just happens to be National Peanut Butter Lovers Month.

We’re paying more for peanut butter now because of the high cost of peanuts in 2011. That will change in the near future because the 2012 harvest is probably going to be Georgia’s biggest ever, after one of the worst a year ago.

The big swing shows how much gumption a farmer needs to turn a little peanut into big money — or at least enough to pay the bills.

In 2011, “It seemed like anything that could go wrong went wrong,” Koehler explained. “There was price competition at planting, and farmers trimmed their peanut crops because cotton and corn were both higher priced. Only 450,000 acres of peanuts were planted.

“We had a hot dry summer (in 2011) that was not conducive to peanuts. When production is bad, the price goes up, and you don’t want that. We don’t relish the idea of a high price of peanut butter, because we want the consumer to continue to buy it.” 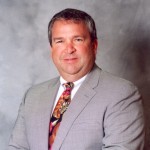 Don Koehler has been executive director of the Georgia Peanut Commission for 26 years.

Then this year, the opposite happened — starting with 720,000 acres planted.

“Farmers planted too many acres this year, and they had phenomenal yields from new varieties of peanuts,” Koehler explained, noting the jump in production from 3600 pounds of peanuts per acre to more than 4100 pounds. “We had rains at the right time and temperatures were not too hot. Everything lined up to where we are going to have a record average yield this year.”

When he saw the signs of that perfect storm of vast peanut production, the harvest that is now almost choking the shellers in south Georgia, Koehler wrote this in August on his blog to peanut farmers: “Get on the roller coaster and ride.”

At the start of this season, farmers hoped for the $700 or so a ton they got last season. They lost that bet. The current price is about $360, Koehler said.

On the consumer end, maybe a buck extra doesn’t make that much difference. But peanut butter sure does. A closer look at its powerful simplicity is quite inspiring.

Not many protein sources are shelf stable for a long time. Or taste this yummy, especially with chocolate. If a planet existed where only Reese’s cups were served, I would live there happily. On overseas trips to the Olympic Games, I packed peanut butter as a cheap hedge against hunger and sketchy food options. Sorry, no sharing.

What kid isn’t amazed by George Washington Carver’s 300 uses for a peanut (a plant that arrived from Africa with slaves)? Turns out peanut butter was not one of the 300, but still, after the boll weevil blight a century ago, these products helped the Southern economy rebound. Peanuts were the raw material for transformation into shaving cream, insecticides and dynamite, just to name a few.

The peanut virtuoso of Tuskegee was the epitome of resourcefulness, imagination and practicality –  traits in which this economy has placed new value. “Learn to do common things uncommonly well,” Carver said. “We must always keep in mind that anything that helps fill the dinner pail is valuable.” Amen.

Georgia peanuts will bring in close to $500 million this year; the Peanut Commission estimates a $2.5 billion economic impact. A single jar of peanut butter means just peanuts to the farmer, whose share of an 18-ounce jar is the same as a postage stamp – about 44 cents these days, Koehler said.

So expect cheaper peanut butter in a few months, after the recent bumper crop goes through drying, shelling, grading, sizing, and processing into creamy or crunchy. Good for us, and for local food banks. Peanut butter and canned tuna are important protein staples for feeding the hungry.

In a nutshell, behind the high price of peanut butter is a story worth spreading.