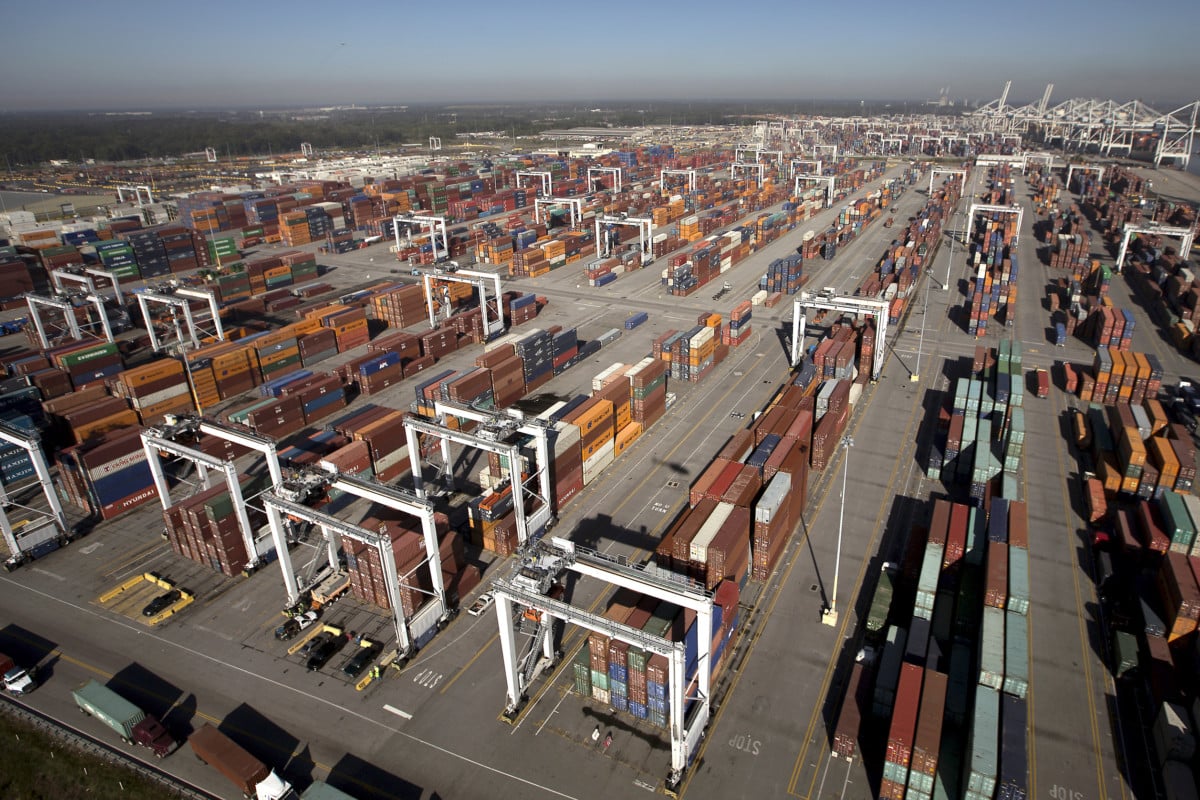 Georgia’s ports are already implementing many of the environmental recommendations the federal EPA issued Thursday, which call for the nation’s ports to reduce diesel-engine emissions. 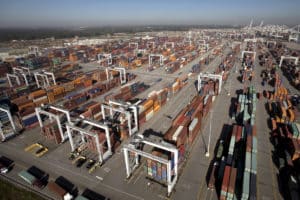 The Georgia Ports Authority has spent $17.5 million since 2012 to replace diesel-powered cranes with electric cranes. The U.S. Environmental Protection Agency commended Georgia’s ports in a report this year.

So far in Georgia, 45 cranes have been transitioned from diesel to electric power, or purchased with the capacity to be converted to electric power, according to the ports authority. These cranes represent 30 percent of the authority’s total number of cranes.

The new gantries are expected to burn 95 percent less diesel than current diesel-powered ones. Electric gantries reduce the emission of air pollutants by 67 percent, according to a report published by sciencedirect.com.

According to a statement in the EPA’s 2016 Clean Air Excellence Awards program: 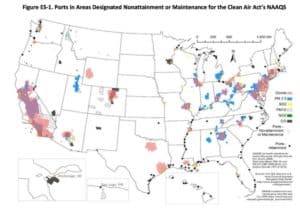 Georgia’s two ocean ports are not in an EPA-designated non-attainment for air quality, as are the ports’ competitors in the northeast and west coast. Credit: EPA

According to an EPA report issued Thursday, the nation’s ports need to do a better job of reducing the emission of air pollution and greenhouse gases that cause health problems and contribute to climate changed.

The situation is only going to worsen as the nation’s largest ports expand to serve the massive ships expected to transit the widened Panama Canal, which opened this summer. Savannah has already served a post- Panamax boat.

Georgia’s ports appear to be ahead of other ports when it comes to reducing diesel emissions.

The EPA report begins with the notion of replacing older diesel engines with ones that create lower emissions. Georgia’s ports are in the process of jumping over the step of using lower-emission engines in order to go straight to cranes wtih electric motors that don’t pollute the port.

Here’s a snippet from the EPA report: 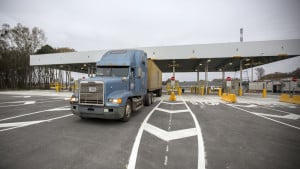 The Savannah port ranks No. 2 in the nation for its capacity to handle freight with amenities such as this eight-lane truck gate that opened Jan. 28 and reduces the amount of time trucks idle and emit air polluting tailpipe exhaust. File/Credit: Georgia Ports Authority/Stephen B. Morton

The port has installed 480-volt conductor rails. A network of retractable arms will link the power in the rails to the gantries. The gantries will have the capacity to switch automatically to diesel generators when the gantry is moving from stack to stack. The gantry operator controls all functions.

The ports’ other environmental efforts include:

Georgia’s ports are in air quality attainment areas, as are the ports of Charleston, Jacksonville, Miami, Tampa and other southeaster ports.

The story is different in the northeast and west coast. New York/New Jersey, Boston, Los Angeles and Long Beach are all non-attainment areas for ozone, according to a map in the EPA report.