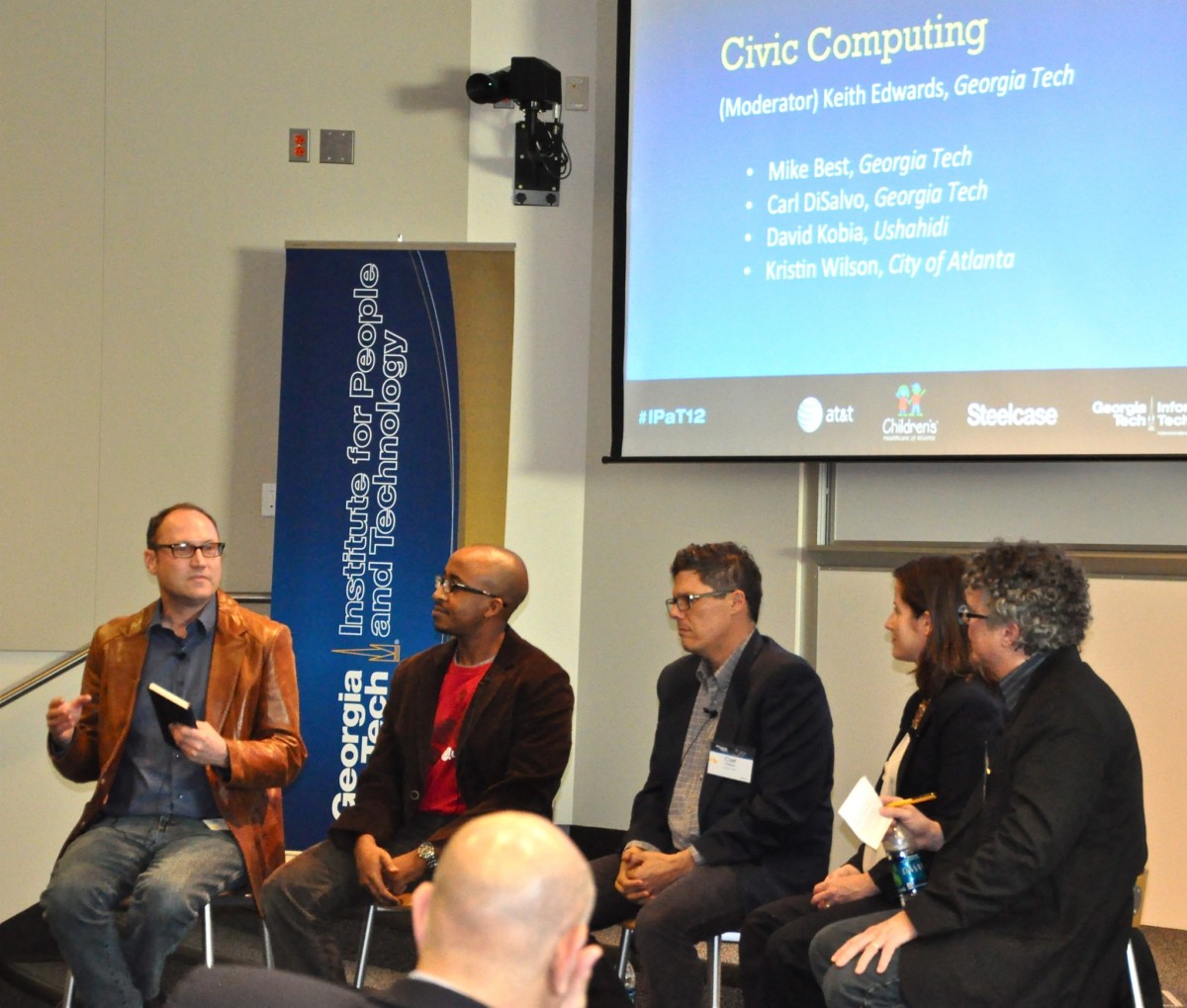 Leave it to Georgia Tech to help interpret the kind of pie-in-the-sky technological phenomena the Obama campaign used to outmaneuver the Romney campaign. 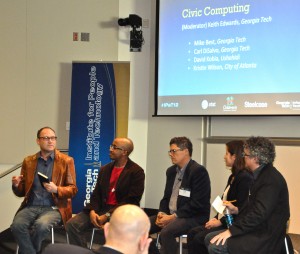 The two-day “People and Technology Forum” that concluded Tuesday explored the disruptive technology that is reshaping human behaviors and interactions. Campaign tactics weren’t on the agenda, but the panelists’ general comments shed light on the recently concluded contests.

Take data mining. Obama’s campaign culled TV viewing habits from set-top cable boxes to help determine which networks reached Obama’s potential supporters. The campaign bought ads on those networks, even in unlikely places such as TV Land, according to a report on nytimes.com.

The panel discussion on Civic Computing provided an explanation that took just two steps to show how this campaign tactic worked – and a third step to outline a potential concern.

Again, the panelists were not addressing the presidential campaign. But in conversations afterward, several participants did note that the type of technology under discussion clearly was at play in the campaign.

David Kobia, a co-founder of the Ushahidi website, observed that communications technology – by itself – doesn’t resolve all problems. But it is an essential ingredient, he said.

Click here to visit the site that says it enables users to crowdsource information via mobile devices during crises.

“Even we, ourselves, over-emphasize the role of technology,” Kobia said. “It’s just 10 percent of the solution.”

Carl DiSalvo, an assistant professor at Tech, noted that a human hand is needed to apply the technology in order for it to achieve an outcome.

“It’s human resources, at the end of the day,” DiSalvo said.

In another segment of the discussion, Tech professor Mike Best raised a concern about the gamut of information that can be mined. Some individuals may not be mindful that information they thought was personal is, actually, widely available.

“Over-sharing [information] is fine – when people know what they’re sharing, and to whom,” Best said. “I’m concerned about what they don’t know.”

And it’s not just a matter of personal information being so readily available, Best said. It’s the matter that information is available in corporate-owned cyberspace, as opposed to being posted in a town square owned by the public.

“In this Zuckerman nation of civic dialogue, it is not a matter of pubic versus private space,” Best said. “Rather, it is dialogue in a corporatization of space, where ownership of those spaces is strictly controlled.”

Newark Mayor Cory Booker’s name popped up in a segment on how social media is changing the flow of information in unexpected ways.

That habit is causing headaches for his staff and is distancing the mayor from citizens who don’t use social media, said Kristin Wilson, who serves as director of the Innovation Delivery Team created at Atlanta City Hall by Mayor Kasim Reed.

“The best way to get a pothole filled in Newark is to Tweet Mayor Booker,” Wilson said. “He’s taking incomplete information, tossing it into the system, and reprioritizing resources. But if you talk about access fairness, he’s totally violating this [because] if people who don’t have his Twitter handle, their requests are falling lower in the queue.

“He’s caught up in being the hero and gets publicity about it, but the administration is going crazy,” Wilson said.

Booker and Reed supported Obama’s campaign. Reed did not have a speaking role at the Democratic National Convention, while Booker delivered the first prime-time speech.