Georgia is preparing to repeal rules for radioactive waste disposal because the state is not in the business of storing such waste and has no plans to start, a state official said. 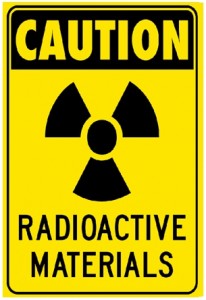 The state also intends to update its regulations of radioactive materials used for medical and industrial purposes. The revision aims to bring state rules into compliance with new federal standards.

Both measures are part of the routine maintenance of Georgia’s rules and regulations of radioactive materials, according to Jac Capp, chief of the air protection branch of Georgia’s Department of Natural Resources.

At Monday’s meeting of the DNR board, Capp is slated to present a report outlining the state’s plans regarding these two rules regarding radioactive materials. If the board concurs with the proposed revisions, public meetings will be scheduled to provide a forum for comments in advance of any action by the DNR board.

The issue of radioactive waste reemerged as an issue in Georgia after the Southern Co. won approval – and federal loan guarantees – to build two nuclear reactors at its Plant Vogtle, in Burke County.

The Nuclear Regulatory Commission voted in February 2012 to permit Southern Co. to build the reactors, which are to begin operating in 2016 and 2017. The Obama administration provided loan guarantees of up to $3.4 billion of the $14 billion cost.

There are no plans to provide for long-term storage of the spent fuel in Georgia. Georgia’s rules and regulations for storing nuclear waste date to the 1970s. At the time, the nation was pursuing a policy of widespread nuclear power generation. That policy was changed following the partial meltdown of the nuclear reactors at Three Mile Island in 1979.

Now, Georgia’s rules are both antiquated and unnecessary, Capp said: There are no talks to store nuclear waste in the state.

“There are a few locations in the country that are permitted to accept radioactive waste material,” Capp said. “None are in Georgia. These rules are not going to be used. They would be obsolete if they were used, so makes sense to get rid of them.”

The other proposed revision affects the handling of radioactive materials used in medical settings and for industrial purposes, Capp said.

Both are pure housekeeping measures that are necessary to keep Georgia’s procedures in line with the federal rules, Capp said. That’s because Georgia is among the state’s that oversee the program on behalf of the NRC.

The areas to be addressed include:

Georgia last amended its rules on radioactive materials in 2008. Those changes affected matters including certifications for medical uses, transport, and tracking from manufacture through use and disposal.