Georgia’s Center for Victims of Torture Fights Stigma To Provide Mental Health Care To Thousands in the U.S. and Around the World

By The Center of Victims of Torture

Kidane* was tortured while serving in the Eritrean military. The beatings were so damaging, he could no longer work. He escaped to the refugee camps in northern Ethiopia, where he isolated himself, staying away from others, alone with his shame and dark thoughts. But he found rehabilitative care at CVT Ethiopia, and today he is committed to helping others rebuild their lives after torture.

Kidane said, “I watch for others in the camp who are living behind closed doors or who think that CVT is for the ‘insane.’” He tells them to go to CVT.  Because Kidane is a testimonial to the life-changing effects of psychological care, his efforts reduce stigma and help CVT reach others in need. 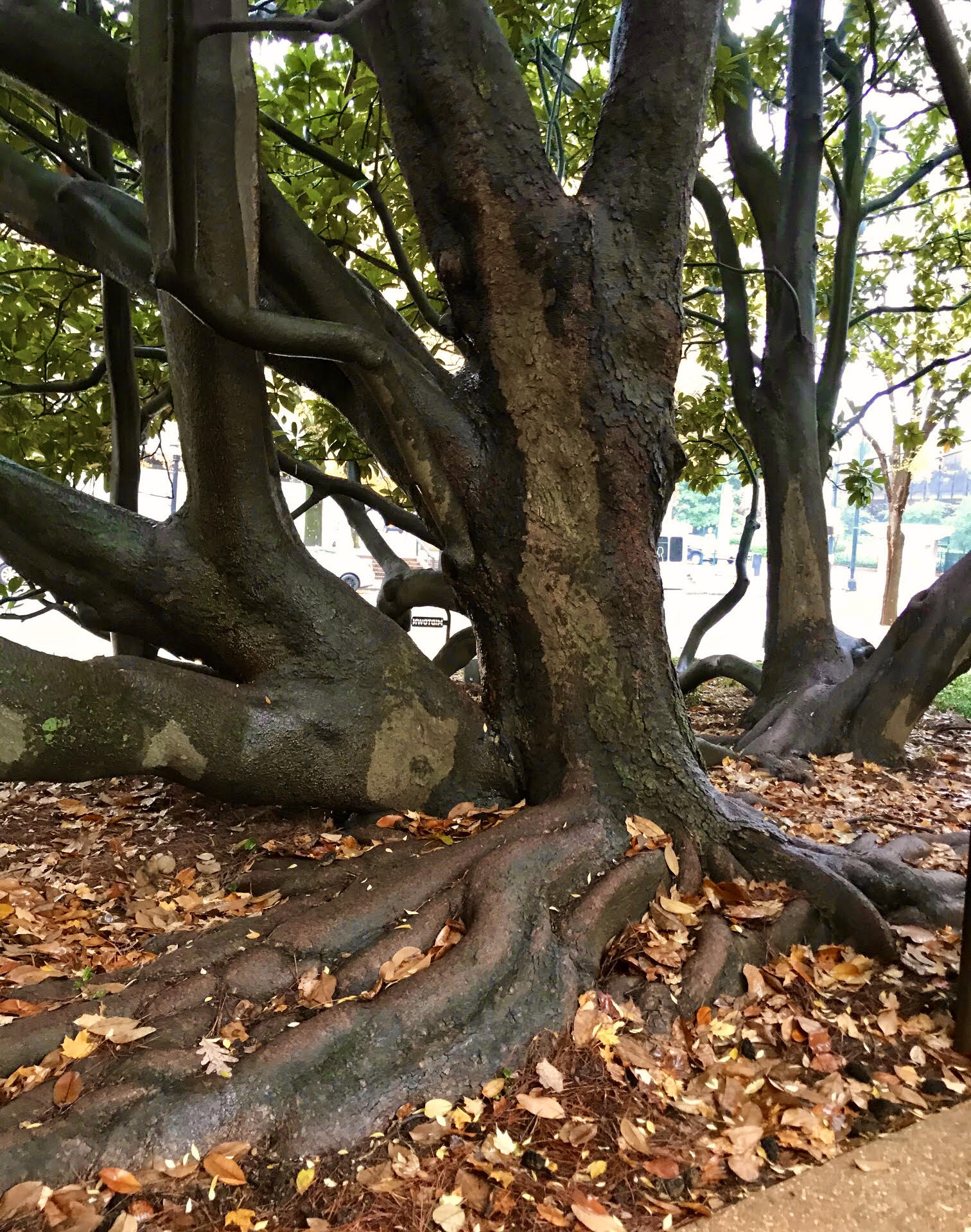 Helping reduce stigma is a constant activity for CVT in all our locations, in refugee camps and cities across Africa, the Middle East and the U.S., as well as in the new center we opened in 2016 in Georgia. Located in Clarkston, the heart of the state’s refugee community, the center offers comprehensive, trauma-informed mental health care to individuals who have endured torture and persecution in places like Eritrea, the Democratic Republic of Congo, Burma, Afghanistan, Venezuela and El Salvador and seek safety and a new beginning in the U.S.

Yet, here as elsewhere, the stigma associated with mental health care is powerful.  Many communities hold negative opinions about mental illness, and many survivors of war believe they should simply be strong enough to bear their trauma.  The realities of torture – not only its effects but also its intention – make stigma reduction particularly important. “What we need to understand,” said Paul Orieny, Ph.D., CVT’s senior clinical advisor for mental health, “is that torture, by design, is meant to be shaming. Torture is intended to create guilt, to create stigma.” 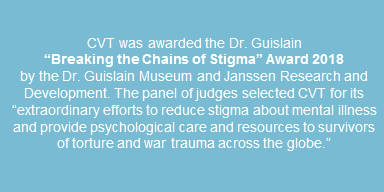 Torture is a technique used by people in power who wish to keep that power. To do this, torturers use tactics that spread shame and stigma.  Their goal, as Paul explained, is to make the abuse and humiliation “bad enough, deep enough, so people have to deal with shame on an on-going basis.” This causes silence. This creates control.

For example, when sexual torture is used as a weapon of war, the goal oftentimes is to create lasting shame. “It’s personal and interpersonal when a family is forced to watch sexual torture,” Paul said. “Torturers make sure it happens in the presence of the family, in the most shameful way, so that shame is ongoing” and the survivor remains silent. 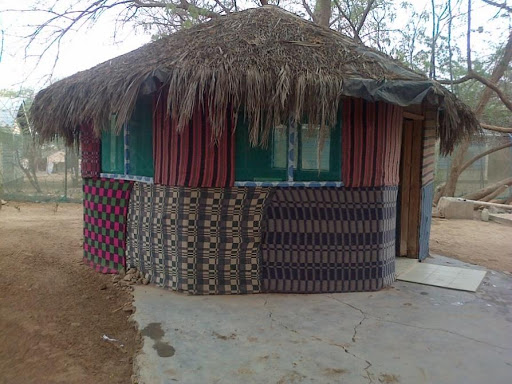 Another example is when torturers force victims to commit atrocities upon their own families and communities, as happened in Uganda with the abduction of children who were forced to become “soldiers” for the Lord’s Resistance Army. Today, those children are adults who are ostracized and shamed.  But healing is possible. At CVT Uganda, Paul says, “we focus on vulnerability, things that were done against your will.” At the end of each ten-week counseling cycle, the whole community comes together to celebrate the healing and share a meal. “No judgment, just talking and sharing food,” Paul said. “It’s become a destigmatizing and unifying event for the community.”

At CVT, the set-up of each of our centers is based on everything we know about torture and about reducing stigma. This takes many forms, including placing our centers in the kinds of structures used as homes in a particular location. For example, in Uganda and the refugee camps in Dadaab, Kenya, and northern Ethiopia, CVT centers are in tukuls. In Nairobi, Atlanta, and Zarqa, Jordan, centers are located in residential neighborhoods.  CVT’s Georgia center is based in a small home that has been converted to become a warm, welcoming and non-institutional setting for clients. This kind of environment can normalize the situation for survivors and help them feel safe.

In some cases, we locate centers in close proximity to medical clinics. In this way, it’s not obvious that a person is coming to CVT. “In Kakuma camp, for example, we are located next to Red Cross clinic – this gives people an excuse to say they’re going to the hospital,” Paul said. “It makes it easier to slide in, and this helps mitigate the stigma.”

We also take steps to counter negative attitudes about mental health. “In the refugee camps here in northern Ethiopia, there can be a problem in the community if a person has a mental health problem – the community may feel that the person cannot be helped or healed,” wrote Habteab Tsegay, psychosocial counselor, CVT Ethiopia. “They won’t let that person socialize and keep them away.”

CVT clinicians conduct psychoeducation and sensitization sessions in the community to combat these kinds of misunderstandings and support clients and their families. Yacob Abreha, psychosocial counselor, CVT Ethiopia, describes these, writing, “For psychoeducation, we conduct sessions with the community to help educate them about symptoms of trauma, such as depression and suicidal thoughts. We let them know that help is available at CVT, and tell them what that care is like. For sensitizations, we go out into the community and work to contact many people. We meet with them in groups and individually, and tell them about rehabilitative care.”

Some sensitization events incorporate dramatization to help clarify and normalize the feelings survivors are experiencing. “Some have a lot of fear,” Paul said. “They may not have good language to describe what’s going on with them.” To engage these individuals, psychosocial counselors will role-play in front of the group.  One counselor may take the role of a man who is struggling with post-traumatic stress disorder (PTSD) and tells his friend “I don’t sleep, I think about the torture all the time, my thoughts won’t allow me to sleep.” Another counselor may act out a situation in which a mother is not able to listen to her child; she may act as if she’s pushing the child away, unable to deal with the child’s demands. These dramatizations help make the problems clear and accessible.

Parenting classes in St. Cloud, Minneapolis and Nairobi have also been instrumental in educating communities about mental health care and reducing negative attitudes.  While the classes are about parenting, “once people are in, we give them space to talk about their other issues,” said Paul. The trauma-informed curriculum allows clients to open up about their struggles to cope after enduring war and torture in their home countries and to learn from each other.

Every day, in all parts of the world, CVT strives to reduce the harmful impact of stigma and provide healing to those in need.  Since coming to Georgia, CVT has found a partner in this work in The Carter Center. Today, our two organizations are helping to lead what former First Lady Rosalyn Carter calls a “global mental health revolution,” working to reduce the shame and restore the hope of survivors worldwide, like Kidane in Ethiopia and others right here in Georgia.

To learn more about the work of CVT and The Carter Center’s efforts to combat mental health stigma around the world, the public is invited to attend Conversations at The Carter Center, “Atlanta’s Role in the Global Mental Health Revolution,” on Tuesday, January 14, 2020, 7-8:15 p.m.  Registration is free and opens January 2.

Georgia’s Center for Victims of Torture is a member of the Georgia Global Health Alliance.