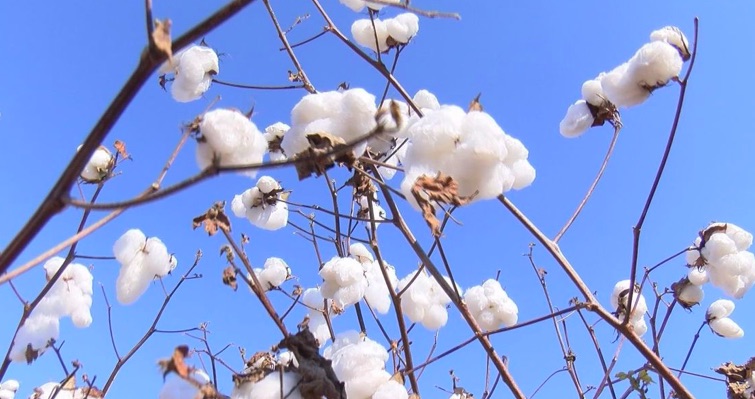 The storm couldn’t have been worse for Georgia’s cotton harvest, coming as it did and prompting this headline from newsweek.com — “Hurricane Michael destroys crop of ‘a lifetime’…’” More than the hurricane impacted Georgia’s cotton crop this year. Cotton’s story is replete with Washington politics, trade war with China, and freakish weather from spring through autumn. 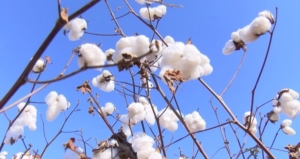 Georgia’s 2018 cotton crop got off to a late start in some areas because of dry conditions followed by a period of wet conditions. State agriculture officials expected a strong harvest before Hurricane Michael damaged much of the crop in the fields. Credit: walb.com

The Summer of 2018 is likely to go down in the books as a strange confluence of events for cotton growers, a collection of events that — if anything — remind of the uncertainties of coaxing one of Georgia’s major cash crops from the ground and harvesting in a timely manner.

Start with the D.C. politics.

The 2018 Farm Bill was to be complete by Sept. 30. Although the bill deals mainly with agriculture policies and programs, including whole sections about cotton, the public debate last Spring focused on the Supplemental Nutrition Assistance Program. SNAP is part of the Farm Bill and is the nation’s hunger safety net, providing food to eligible, low-income individuals.

As talks to reach a House/Senate compromise on the Farm Bill began in September, the confirmation hearings started for Judge Brett Kavanaugh, President Trump’s nominee to the U.S. Supreme Court. The confirmation hearings that started Sept. 4 consumed all attention, leaving the Farm Bill to be discussed in a near vacuum by members of joint House-Senate committee established to resolve differences between the House and Senate bills.

On Sept. 5, U.S. Rep. Austin Scott (R-Tifton) used his moment in the spotlight to remind of the deep roots farming has in the nation’s psyche. Explicit in his remarks is the need to protect family farmers, regardless of whether modern farming is more of a family or corporate endeavor. Speaking at the outset of a discussion by congressional members assigned to reach a compromise on House and Senate versions of the bill, Scott observed: 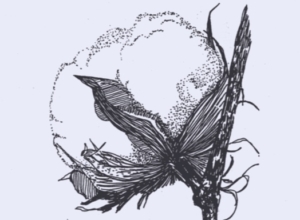 This drawing of a cotton boll graces an economic report on the state’s cotton crop by the University of Georgia, the ‘2018 Georgia Cotton Production Guide.’ Credit: uga.edu

Trade war with China also is an issue for Georgia’s cotton farmers, especially given hopes another strong year of global exports.

Georgia farmers were expected to plant about the same acreage of cotton this year as in 2017, or about 1.29 million acres. The quality of Georgia’s cotton has improved markedly, which sets the crop in a good competitive position as foreign demand for cotton produced in the United States has improved, according to the 2018 Cotton Production Guide, produced by the University of Georgia with funding from the Georgia Cotton Commisson.

Then, on July 6, China imposed a 25-percent tariff on U.S. cotton in retaliation to the tariffs imposed by the U.S. on some Chinese goods. The tariff pushed the cost of U.S. cotton up by $600 a ton, according to a report by the Texas Farm Bureau

While the Texas Farm Bureau indicated Chinese importers would take a wait-and-see attitude about future U.S. cotton imports, a Sept.22 report by financialexpress.com cited a five-fold increase in Chinese imports of cotton grown in India.

The Spring’s cycle of dry, then wet, weather prompted cotton farmers to delay getting the crop in the ground this season until June. That’s not preferred, because yields drop when the crop is planted after the first week of June, according to a May 28 report by by Mark Freeman and Jared Whitaker, who are cotton agronomists with the University of Georgia.

Many farmers had little choice but to wait until June to get their cotton in the ground. To allay any doubts about the odd weather, cotton fields were threatened in late May with heavy rains by the now long-forgotten Subtropical Storm Alberto, which drenched more than a few Memorial Day events in its path.

Once the crop did get in the ground, conditions never were ideal, according to reports that amount to a diary by the state’s extension agents that’s posted by the U.S. Department of Agriculture in the Georgia Crop Progress and Condition Report. A few examples: