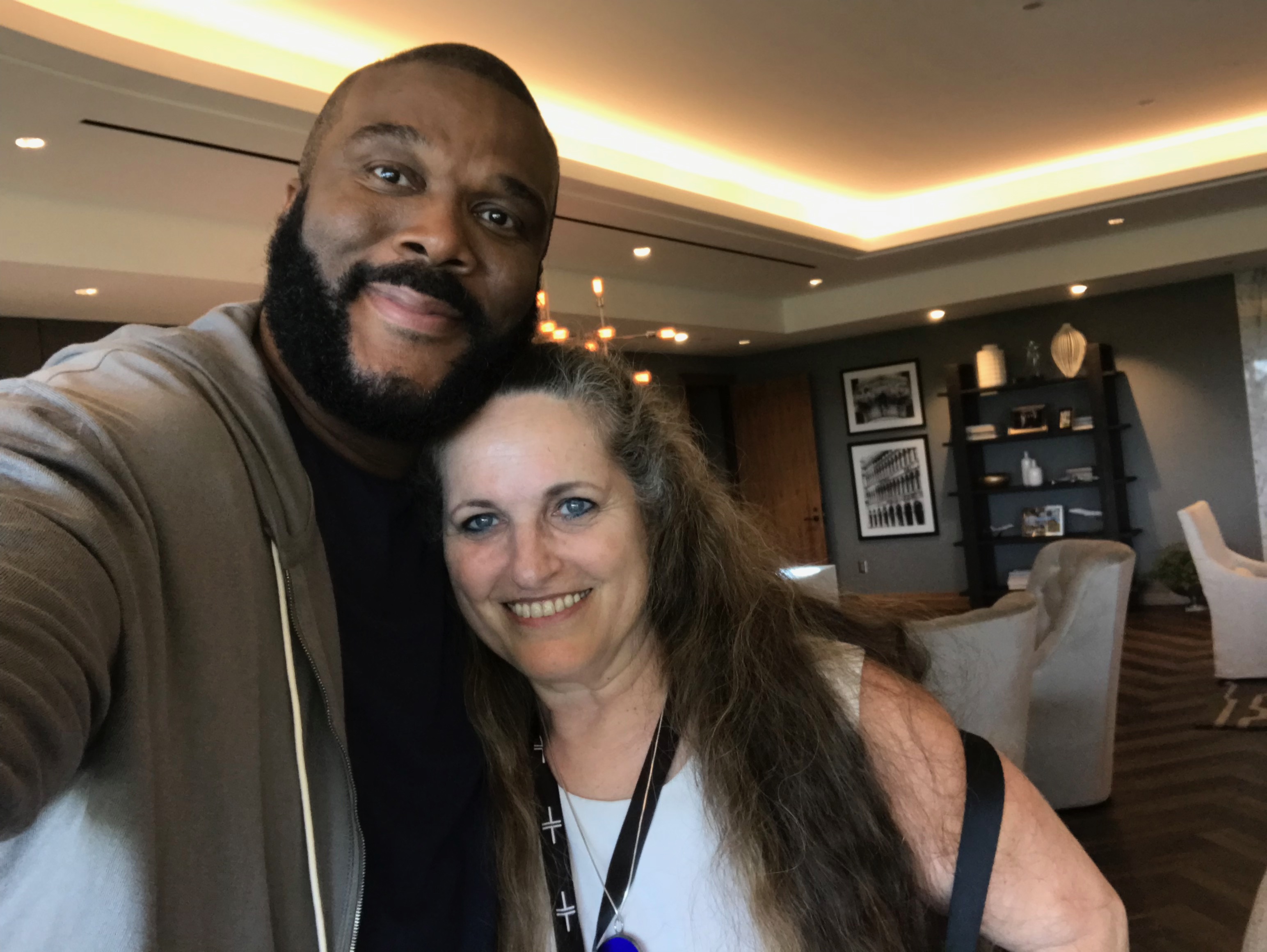 Tyler Perry takes a selfie of us in his office on Sept. 26 when we had an official interview (Photo by Tyler Perry)

Ever since former Atlanta Mayor Kasim Reed first gave Tyler Perry the opportunity to buy 330 acres at Fort McPherson five years ago, I have criticized the deal.

My greatest concern was a fear Perry would seal off  this incredible public treasure and create a fort inside a fort.

I published my most recent critique in a column titled: “Fort Mac developments in doubt due to messy backroom deals”

The next day, I got a message saying that Tyler Perry was trying to reach me.

When we connected, Perry said he had been reading my columns portraying him and Tyler Perry Studios in a negative light – saying things like he had gotten a “sweetheart deal.” It was obvious that I didn’t really know him.

I quickly suggested we should meet in person to talk things out and get to know each other.

Two days later, I found myself navigating the layers of security at Tyler Perry Studios to get to Tyler Perry’s office in the Dream Building. 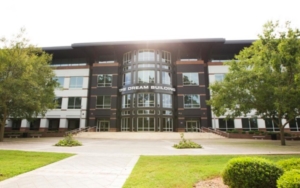 We spent an hour talking on background about how he ended up buying the 330 acres for $30 million, his vision for the studio as well as some of my ideas of how he could be more engaged in the Atlanta community and how the eight-foot high fence around the 330 acres sends a message of keeping people out.

“I get it. You don’t like the fence,” Perry said pleasantly. Then he added the fence was temporary. Eventually he wanted to replace it with a wall – a beautiful wall.

“You and Donald Trump,” I chimed in.

Perry burst out laughing, actually putting his head on his desk. At that moment, I knew we had formed a special bond.

Then Perry said he wanted to show me all he had done since on the grounds since buying the property in 2015.

We got into a special all-terrain vehicle with Perry at the wheel. He showed me a suburban community, a trailer park, a diner, a farm house, a cabin – and then he drove by a full-replica of the White House, which was under construction. Although I had been told I couldn’t take pictures, I asked if I could take one of the White House. He said okay. 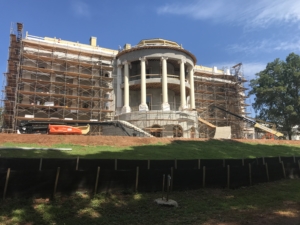 The White House at Tyler Perry Studios on Aug. 8 (Photo by Maria Saporta)

Perry then took me by the historic district of Fort Mac. To my relief, I saw Perry was restoring the historic buildings and being a careful steward of the property. As we drove by the mansions where the top brass on the base lived, I said each of those homes could have sold for $1 million each.

“You did get a sweetheart deal,” I said.

“I got a good deal,” Perry conceded, stopping short of saying it was a sweetheart deal.

As we rode over acres of the former golf course – a beautifully landscaped vista – Perry told me that portion of his property likely would never be developed.

So why not let it be used as a park for the nearby community while reducing the enclosed perimeter of the studio property? Perry questioned who would be responsible for maintenance. If he were willing, I told him I was sure we could address those concerns.

We came up to the fence, and there was a group of about 20 people waiting to go to a taping of Divorce Court. When they realized they were face-to-face with the real Tyler Perry, one would have thought it was the Second Coming with one woman saying she couldn’t take a photo because her hands were shaking so much. 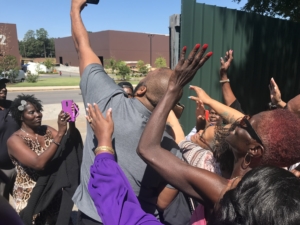 So Perry got out of the vehicle and agreed to do selfies with the crowd. So much for what I had heard about him being stand-offish.

In those first two hours I spent with Perry, he was right. I did not know him. And in the past two months, I’m happy to say that I’ve developed respect and admiration for all he’s been able to do. One-on-one, Perry is absolutely charming – and one would never know he’s “an introvert posing as an extrovert.”

On Sept. 26, I sat down with Perry for an official interview to preview the grand opening festivities of the studio. I asked him if I could write about how he reached out to me and how we’ve gotten to know each other.

“Sure,” Perry said. “Here’s the thing, I don’t think that any of this was personal. What I see when I would read your articles, I saw a lot of passion, and a lot of longing to know. That’s what I saw. And I’m okay with that. Like how do we help each other understand what’s going on here. And I feel like that’s the same with some of the neighbors who were like, ‘What’s going on? What’s going on, what’s going on?’”

After our initial meeting, Perry sent me a text that afternoon:

Thank you for your time this morning It was great to get a chance to explore our differences and celebrate our love for what we both do. All the best. Talk soon. Tyler.

Less than two weeks later, he sent me photos of the work that had been done on the White House. 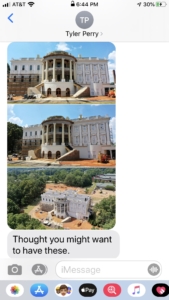 A text Tyler Perry sent me on Aug. 18 showing the progress that had been made on the White House.

Without a doubt, it was amazing to see how much progress had occurred in just 10 days. And the White House looked virtually completed by the time of the grand opening.

Perry is someone in constant motion – planning, producing, acting, writing, designing – and he gets impatient when he sees others not moving at a similar pace. In the four years he’s had the Fort Mac land Perry said almost no development has occurred on the other side of his fence.

If he had not gone into the movie business, Perry said he would have been an architect because he loves to design places. He certainly has been the master designer of Tyler Perry Studios.

As we were winding up the tour of the studio, I told Perry we were coming from two different places. His goal is to build the best movie studio he can. From my perspective, Fort McPherson was public land and should be an open amenity for the community and the city.

I told him that I would hope these two goals were not mutually exclusive.

Perry then looked at me and simply said: “Give me time.”

So to my new friend – Tyler Perry, I look forward to exploring our differences, finding consensus and one day seeing the fence come down.

The replica of the White House about a week before the grand opening on Oct. 5 (Courtesy of Tyler Perry Studios) 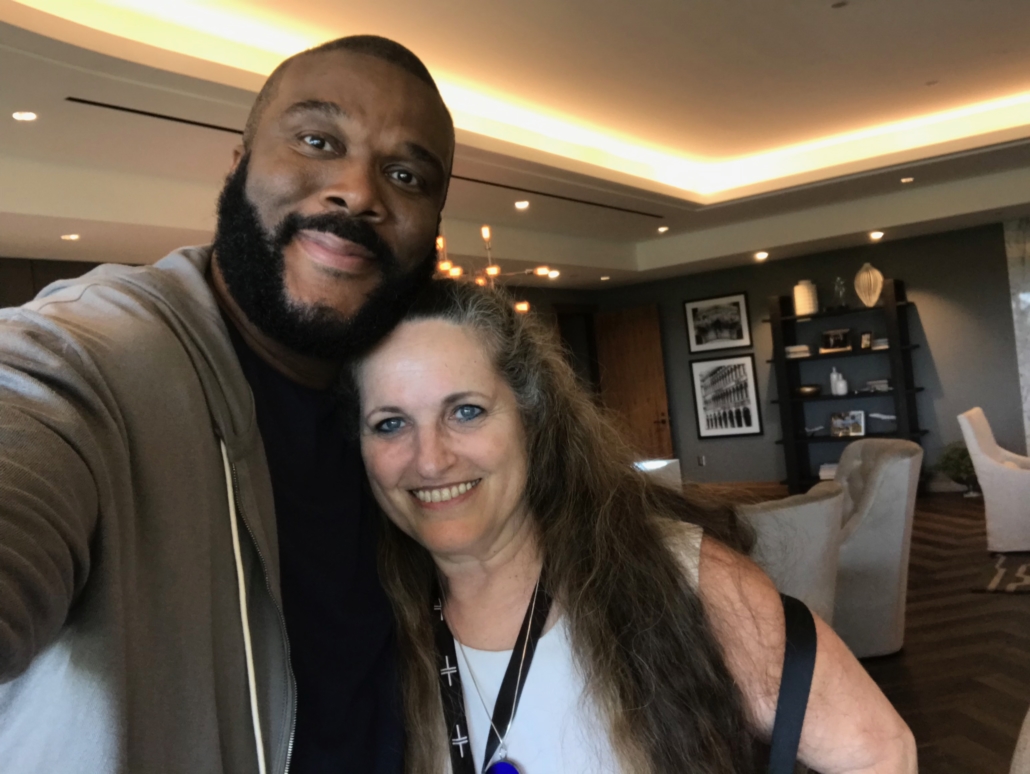 Tyler Perry takes a selfie of us in his office on Sept. 26 when we had our official interview (Photo by Tyler Perry) 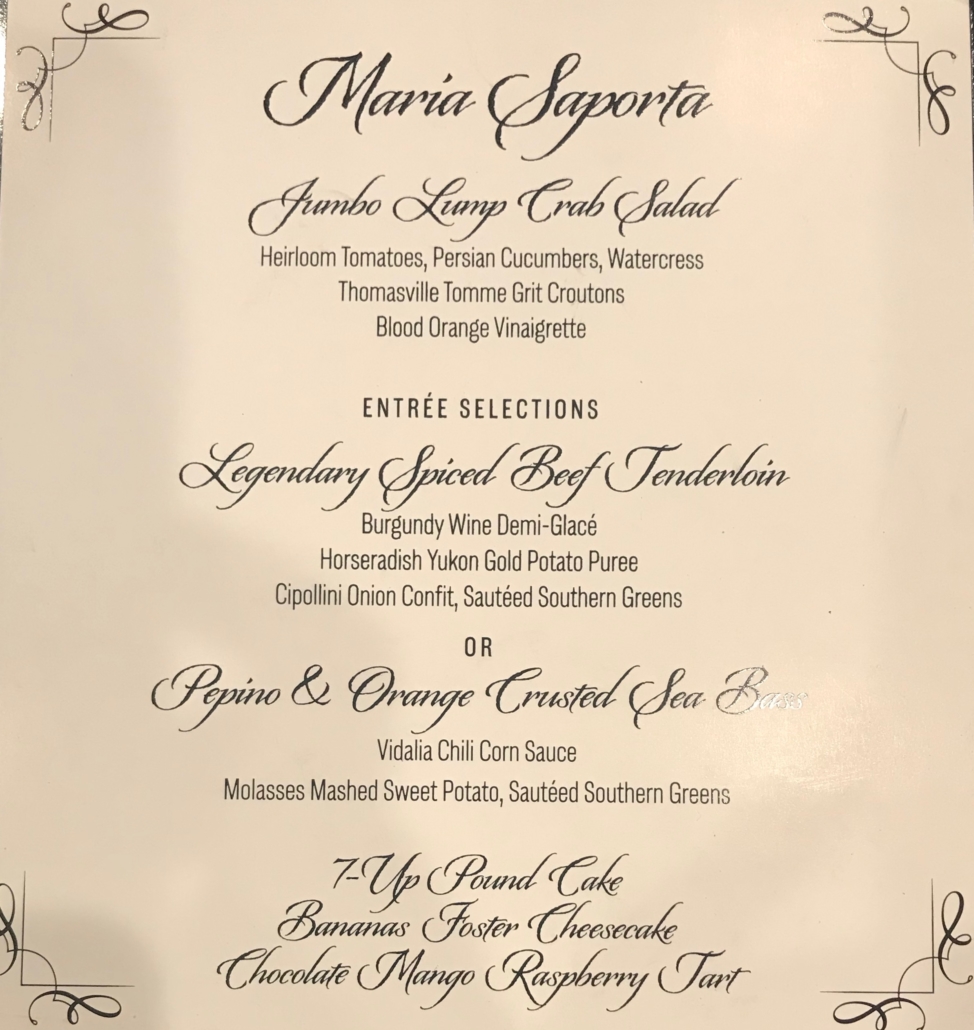 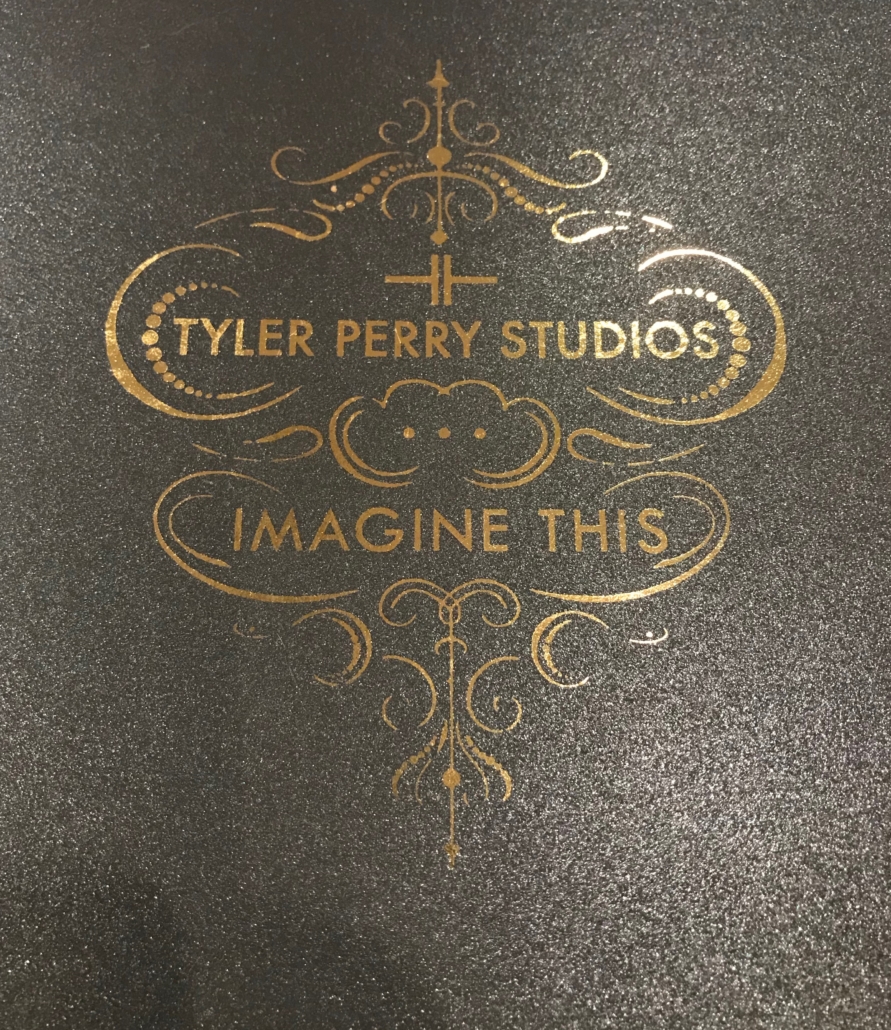 Previous Article
Georgia Power comes calling for more money in a time of ‘flash droughts’
Next Article
Atlanta’s Main Street – Its Past, Present and Future