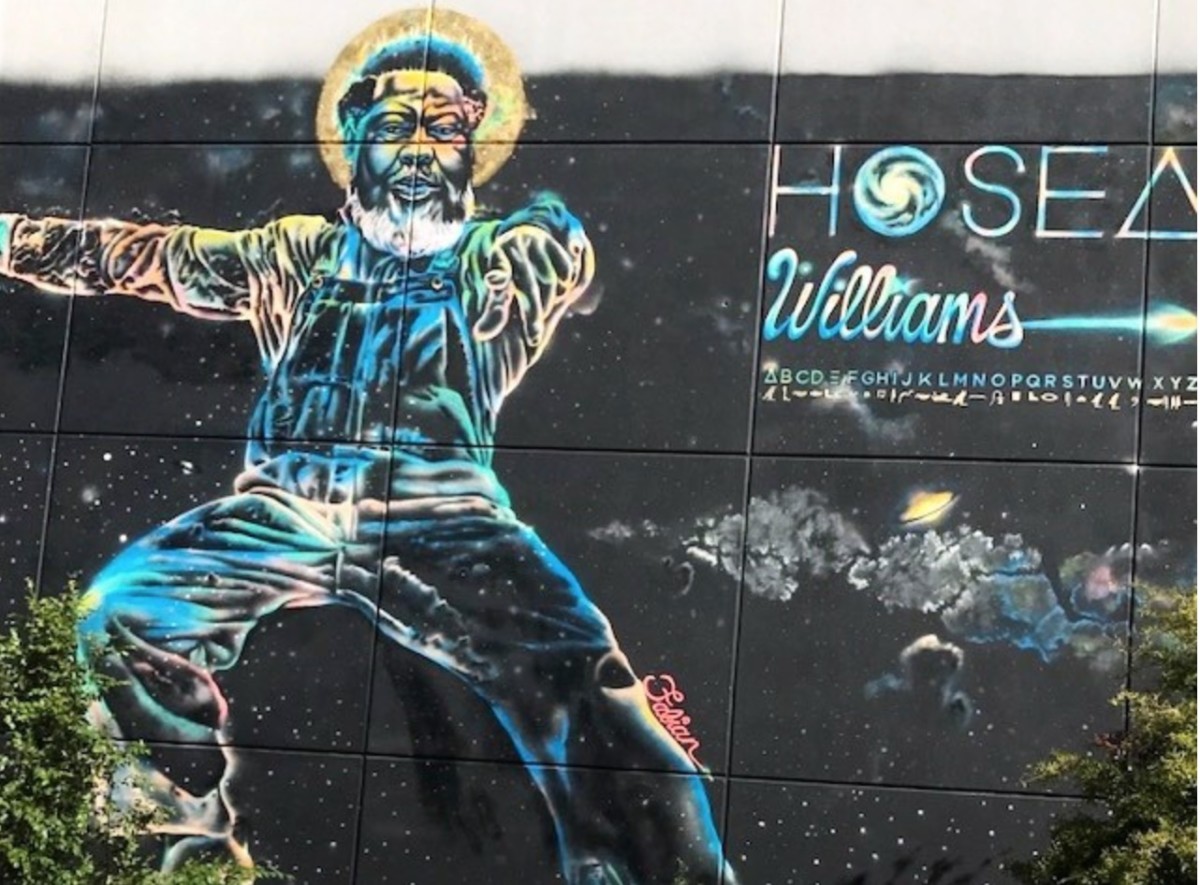 There was almost no sign of the hardscrabble beginnings of the annual Hosea Helps holiday dinner on Thanksgiving in Downtown Atlanta. Little to remind of an era when turkeys were reported stolen days before the event and the founder would plead for donations. 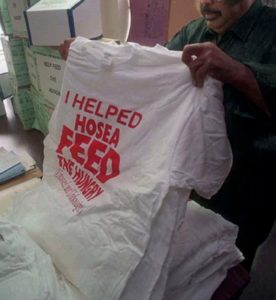 Hosea Williams folds a T-shirt for his food program in 1996. Credit: AJC via georgiaencyclopedia.org

At least, the turkey theft was the story that founder Hosea Williams told the community. Williams was a civil rights leader who, with now-U.S. Rep. John Lewis, led a march from Selma to Montgomery, Ala., crossing the Edmund Pettis Bridge into history on “Bloody Sunday.”

Williams knew his way around the public stage. He used those skills to nurture the “Feed the Homeless” event on Thanksgiving. Even when the cupboards must have been bare. He started the Hosea Feed the Hungry and Homeless program on a shoestring in 1971.

It seems that a week or so before Thanksgiving, Hosea – everyone called him Hosea – would gather the media to say the turkeys planned for the meal had been stolen. There was no telling who would take food from the mouths of the homeless. But it had happened. Hosea would lament that without a major donation, the event wouldn’t recognize the community’s “least of these” as human beings.

One time, in the mid-1990s, McKinney made a comment to the effect of, “Hosea’s turkeys got stolen again? Again! It seems like this happens every year.”

And every year, it seemed, a corporate benefactor would step forward to donate a trailer-load of turkeys. Crisis and empty stomachs were averted once again.

It was the kind of feat that illustrates the waning days of the old guard of the modern civil rights movement.

For Williams was the old guard.

Williams is one of three men pictured with the Rev. Martin Luther King, Jr. on the balcony of the Lorraine Motel, in Memphis, the day before King was assassinated there on April 4, 1968.

Williams joined Lewis in leading the Selma-to-Montgomery march at King’s behest, according to a report in georgiaencyclopedia.org:

The journey of the Thanksgiving dinner has taken it to the Georgia World Congress Center, where thousands gathered in Building B from 10 a.m. to 3 p.m. Along with a hot meal they saw live entertainment, had the chance to receive health check-ups and tests for various illnesses, clothing, personal hygiene. And the chance to be seen as human beings.

Atlanta councilmember’s donation from council account to serve homeless, hungry
David Pendered February 14, 2019 10:01 pm
Caring for the vulnerable in our region of abundance
wpengine November 19, 2018 9:42 am

Atlanta councilmember’s donation from council account to serve homeless, hungry
Caring for the vulnerable in our region of abundance