It didn’t take long for the message of metro Atlanta’s rejection of the proposed sales tax for transportation to reach an international audience. 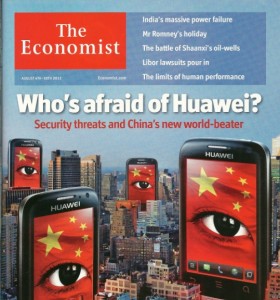 While other major publications have reported on the July 31 sales tax referenda, this story stings. The Economist’s worldwide circulation is almost 1.5 million, counting print and digital, according to the magazine’s website account of figures by the Audit Bureau of Circulations.

All the world can now read some pungent paragraphs about Georgia in general and metro Atlanta, in particular:

And all of this is not to mention the snub some Atlantans already say was inflicted by London, the city where the Economist is edited and where some think Olympic organizers disrespected Atlanta in a pre-Games video.

Of all the Olympic host cities heralded in the video, just two were omitted: Atlanta and Berlin. The 1936 Berlin Games were marred by Hitler’s refusal to shake hands with Jesse Owens, in the era leading up to Germany’s aggression that led to World War II.

London organizers told “The Atlanta Journal-Constitution” that the omission of Atlanta in the pre-Games video was a pure oversight. There was no mention of the reason for Berlin’s omission.

The Economist’s story cites several possible reasons the tax was rejected. Metro Atlanta voters may have listened to pundits including:

1)   Tea Party opponents, who thought there was too much transit;

2)   The Sierra Club, which thought there was too little transit;

3)   Sen. Vincent Fort (D-Atlanta), who thought the tax was regressive and unfair;

4)   Sen. Chip Rogers (R-Woodstock), who thought the tax was a “Trojan horse” for longer-lived taxes, and would not ease traffic congestion;

5)   Themselves, and thinking that the $3.2 billion in sales taxes they voted for in November, to benefit public schools, was as far as they were willing to go.