Gov. Nathan Deal sought Wednesday to cast a hopeful tone over the future of transportation funding. 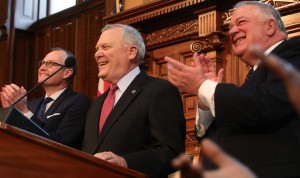 The current reality is grim. For starters, as of June 1, Georgia is facing a $367.2 million shortfall in necessary federal transportation funds in the federal fiscal year that ends Oct. 1, the state’s chief engineer told GRTA’s board of directors.

Deal, in his State of the State address, suggested Georgia become less dependent on federal funds to pay for its transportation infrastructure. The governor didn’t mention a source for these new funds. 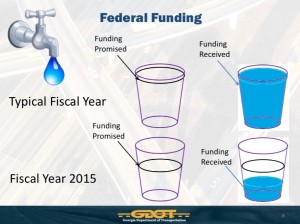 Previous Article
MARTA Is Making A Comeback, With Or Without Funding
Next Article
Gov. Deal tees up transportation debate as federal funds wane