Gov. Brian Kemp’s announcement last week that Georgia would start easing restrictions due to the Coronavirus pandemic by opening tattoo parlors, bowling alleys, gyms, hair and nail salons on April 24 and then restaurants and movie theaters on April 27 has put the national spotlight on the state. 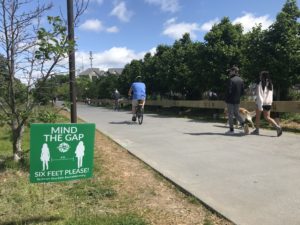 It reminded me of something former Gov. Roy Barnes used to say when he was in office (I reached out to him on Sunday to make sure I quoted him correctly).

Kemp’s announcement about the businesses that could reopen (before a clear indication that the state’s COVID-19 numbers were in decline) became a lightning rod for the national press – from the New York Times to every major television and cable network.

(It didn’t help that President Donald Trump did an about face – at first supporting Kemp’s decision and then throwing him under the bus.)

The end result was to be expected. Georgia became a poster child of a state that had decided to open prematurely. And because of which businesses were first allowed to reopen, Georgia became a laughing-stock in the national press. Talk about reinforcing Southern stereotypes. 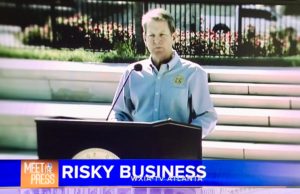 A clip from Gov. Brian Kemp’s press conference announcing the reopening plans for the state was featured on the April 26 edition of Meet the Press (Special)

What a missed opportunity for Georgia and for Gov. Kemp.

Georgia is considered to be the center for global health. The state is blessed with some of the top public health and global health leaders in the world. That expertise is here in large part because of the presence of the Centers for Disease Control and Prevention, the only federal agency based outside of Washington, D.C.

(The story behind the reason the CDC is headquartered in Atlanta was explained in a  part one and part two columns that Jamil Zainaldin, now retired from the Georgia Humanities Council, wrote for SaportaReport in 2013.)

SaportaReport has frequently catalogued the unique presence of Atlanta as a global health powerhouse, and the community has recently come together to launch a Global Health Crisis Coordination Center with the help of the CDC Foundation and Microsoft.

It does not appear that Kemp has leveraged the public health expertise that’s here.

On April 1, Gov. Kemp issued a stay-at-home order saying he had just learned of new information in the past 24 hours from the CDC that the coronavirus could be spread by people who were not exhibiting symptoms. But several fact checkers stated the CDC had been reporting since mid-February that it was possible for there to asymptomatic transmission of the virus. 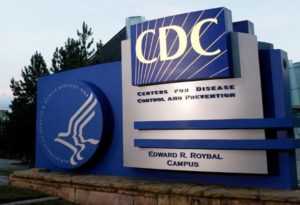 The governor’s office later said Kemp was referring to an update that the CDC made on March 30 that indicated a higher risk of asymptomatic transmission.

But by that time the damage had been done. Pundits remarked that the CDC is based only a few miles away from the state capitol.

The missed opportunity for Gov. Kemp and our state is two-fold.

First the state should be exploiting the presence of global health experts and create policy based on sound public health advice from the leaders who are here.

And second, Gov. Kemp could have used this opportunity for Georgia to become a model of how to address the pandemic (think Gov. Andrew Cuomo in New York). It also would have given Kemp an opportunity to reinforce our state’s brand as a center for global health – one of our greatest economic and philanthropic strengths as a region.

Gov. Kemp did establish a coronavirus task force. But, apparently, he did not consult with its members before deciding to relax his stay-at-home orders.

According to the Atlanta Journal-Constitution, Bernice King, co-chair of the task force’s community outreach committee, said she found out about his plans after the fact. 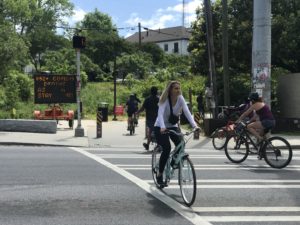 “Like many of you who are in the state of Georgia, I’m extremely concerned about the governor’s plans and what his decisions will mean for the safety, health and lives of Georgia residents,” said King, CEO of the King Center and the youngest daughter of Martin Luther King Jr.

In dealing with today’s coronavirus pandemic, public officials have to balance public safety concerns with a desire to get the economy moving again. Over the weekend, people seemed to be cautious about how they planned to reopen. And most people along the Eastside Trail of the Atlanta BeltLine were respecting social distancing guidelines.

When I asked former Gov. Barnes about how Gov. Kemp had handled Georgia’s response to the coronavirus pandemic, he refrained from commenting.

“Former governors should be seldom seen and never heard – regarding their successors,” Barnes said. “It’s what’s been accepted by governors for as long as I can remember. We have had our time in the sun.”

Gov. Kemp, make the most of your time in the sun.

Most of city’s homeless population has been tested for COVID-19, but more work is needed
Clarkston Summit lays foundation for deeper community engagement