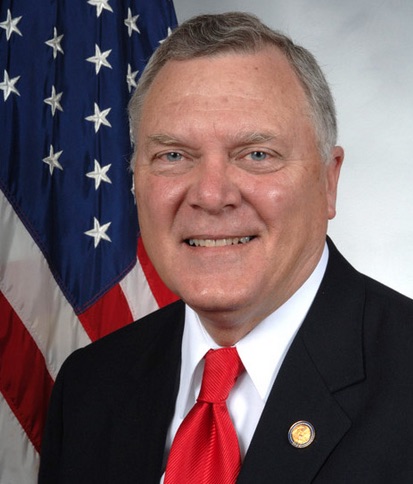 “Anytime people good about something, it is good,” said Deal, adding that a win Sunday against the San Francisco 49ers would be even more significant. “I certainly think winning the game will be positive.”

That said, the governor said it is highly unlikely he will be able to attend Sunday’s game. A brother-in-law passed away this past weekend, and the memorial service will be this Sunday out of town. And Deal is on the program.

But the governor said he hopes he’ll be able to catch some of the game on television.

If Falcons do win on Sunday and head to the Super Bowl in New Orleans, Deal said he expects he would go to support his home team. He said that Louisiana Gov. Bobby Jindal already has invited him to come.

“That would be a great occasion to be able to celebrate (the Falcons getting to the Super Bowl),” Deal said.

Deal spoke in an impromptu visit with reporters after the ground-breaking of the new Drew Charter School Senior Academy in East Lake on Tuesday morning.

Deal also was asked about whether he would be taking a lead in helping the Atlanta Falcons and the Georgia World Congress Center Authority increase the bonding capacity from $200 million to $300 million to help cover the costs of building a $1 billion, retractable-roof stadium.

“This is a time sensitive issue,” Deal said, adding that the Falcons would like to play in the new facility for the 2017 season. “Since we only meet once a year,” Deal said that delaying a vote on raising that capacity could be problematic.
Deal said that the Atlanta Falcons and the GWCC Authority would be the ones advocating for the project before legislators.

“I think there has to be a whole lot more facts and information presented to the General Assembly,” Deal said. “I can understand the need for it, and I can also understand that some are somewhat reluctant.”

But he then implied that the more that people understand the financial issues related to the stadium, the more likely the project would gain support.