GSU report blunt on economy: “Odds are against 2014 being breakout year”

Everyone is looking for a breakout year for the economy. So much so that Georgia State University went ahead and said it probably won’t be so. 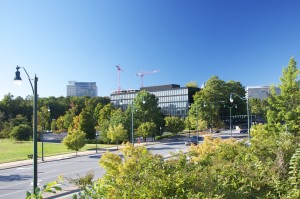 “Forecaster says odds are against 2014 being a breakout year for the economy,” is the headline that GSU put on its statement about the latest economic forecast by Rajeev Dhawan, of the school’s Economic Forecasting Center.

On Friday, the U.S. Commerce Department revised downward its estimate of quarterly growth at the end of 2013. The growth rate was dropped by 25 percent from initial estimates, from 3.2 percent growth to 2.4 percent. The revised estimate is the weakest quarter since the first quarter of 2013 and attributed to dwindling consumer spending, according to an AP report.

In case anyone missed Dhawan’s point, the second paragraph in the statement released Wednesday contained this quote from the economist:

This observation about the Georgia economy appears near the bottom of the statement:

Dhawan’s forecast for the nation is in line with the general outlook for the southeast region of the U.S., as it’s portrayed in the latest beige book from Atlanta’s Federal Reserve. The Atlanta district’s report portrayed the regional economy as muddling along. 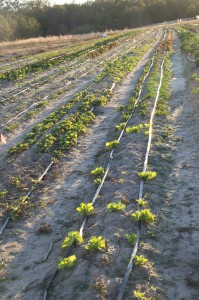 Farm prices vary depending on the commodity, according to Atlanta’s Federal Reserve. This patch of lettuce is being grown on the Babe+Sage farm in Middle Georgia. Credit: Donita Pendered

This section on employment and prices, from the Atlanta report, doesn’t warm the heart:

Again, the sentiment outlined above was carried forward in Dhawan’s national forecast. According to the GSU statement:

Dhawan was unable to find much of a silver lining in the cloud surrounding the state’s job growth in 2013. Remember the statement had noted the low pay associated with jobs in the retail and hospitality sectors, then consider this quote:

The report from Atlanta’s Federal Reserve portrays the region through the following observations: