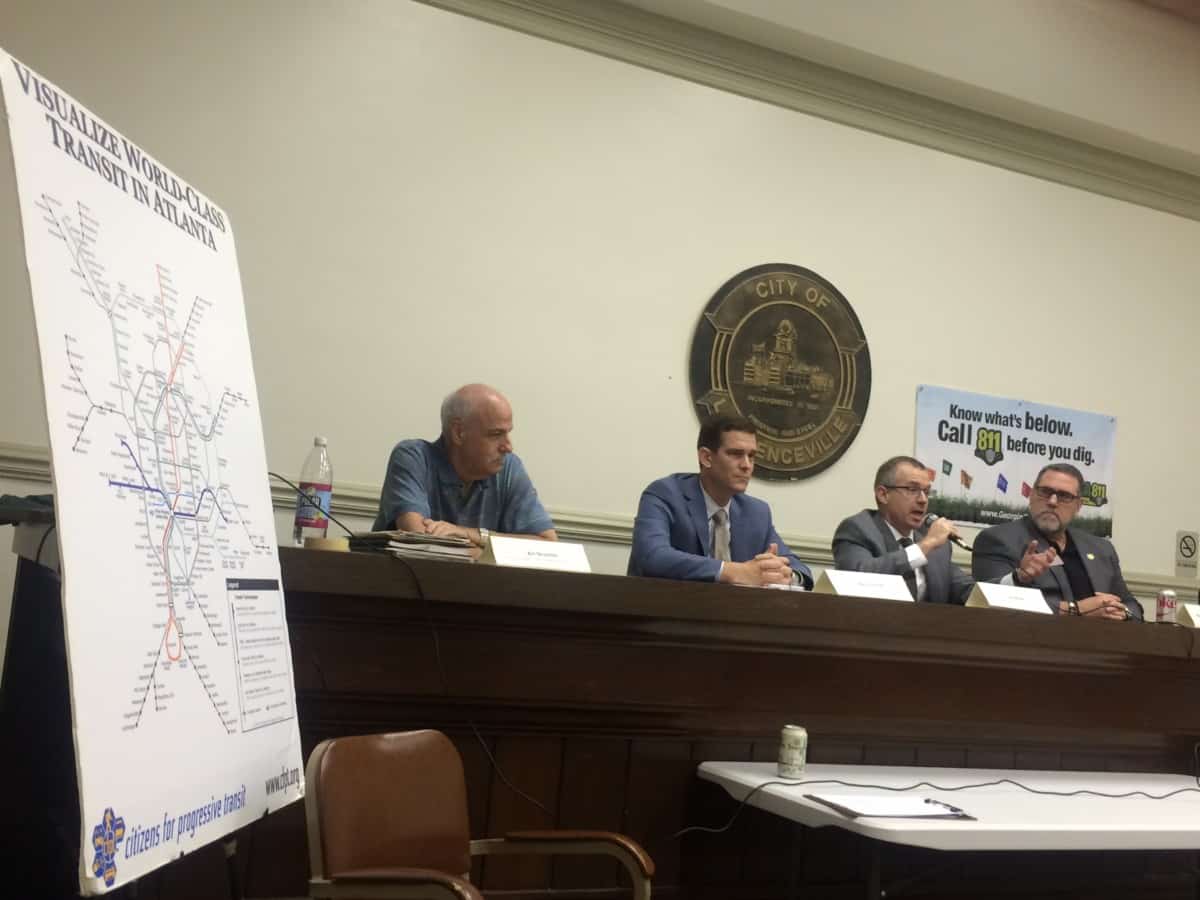 Gwinnett today is paying the price for not approving MARTA decades ago.

Last week, the news came out that NCR – in addition to moving its headquarters to Midtown Atlanta – is going to be expanding its intown campus with a new 14-story tower. That will add another 1,800 jobs on top of the 3,600 moving with the corporate headquarters.

At the same time as that announcement, NCR confirmed that it had scrapped plans for a second campus in the north metro area.

The majority of new job announcements in the metro area have one thing in common – they are within walking distance of a MARTA station.

And most companies planning technology hubs or innovations centers are locating near Georgia Tech or a research-related university.

So what does that mean for Gwinnett and the other metro counties without rail transit?

It means they are being left behind. 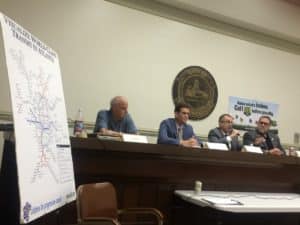 At a Sierra Club forum in Lawrenceville on Sept. 13, panelists talked about bringing transit to Gwinnett. After a few minutes, it became clear there still are no short-term plans to join MARTA or invest in rail transit.

Gwinnett County is planning a six-year, one-cent local option sales tax that will be voted on in November. But that money is slated to go to roads and other county needs.

Art Sheldon, a longtime advocate for transit in Gwinnett, said the county’s leaders have specifically said the SPLOST will have no money for transit other than doing a study for transit along I-85.

“(Gwinnett Chairwoman) Charlotte Nash made it very clear that no money from this (tax) would be used for transit,” Sheldon said, adding that county leaders understand there is a growing need for transit, but they are taking it “step by step.”

“It’s very frustrating that we’re not thinking ahead,” State Rep. Pete Marin responded. Marin said he believes that 80 percent of his constituents want rapid transit, but there is no mechanism to get county leaders to endorse the idea.

The word also is out. Gwinnett leaders are not supposed to talk about MARTA or transit until after the November election – to make sure conversation doesn’t confuse the voter.

But the reality is the longer Gwinnett pushes transit to the side of the road, the farther behind it gets for both its residents and its economic development potential.

Gwinnett has been changing.

First there is demographics. The county is a majority-minority meaning Caucasians no longer represent more than half of the population. Its population has become much more diverse  with fast-growing Latino and Asian populations. 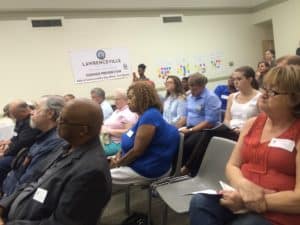 Second, the county is becoming more urban rather than suburban – with numerous town centers – such as Norcross, Duluth and Lawrenceville.

Tom Weyandt, a retired planner who used to work at the Atlanta Regional Commission, reminded the attendees that those towns actually were formed as stops along their rail lines – which are still in place, but now only carry freight. With Gwinnett’s growing population, it would make sense to connect the cities with rail transit.

Lee Biola, who is with the Citizens for Progressive Transit, observed that most of the recent economic development announcements were located near transit. “Almost all the tallest buildings have been built after MARTA opened, its doors,” Biola said.

Meanwhile, as Gwinnet stays static, other areas are moving forward. Clayton County voted to join MARTA nearly two years ago, and it was able to restart its bus service, and MARTA and the county are exploring ways to invest in rail transit that would serve Clayton.

Weyandt also told the Gwinnett audience that Atlanta is not standing still. It will vote on an additional .5 cents for MARTA in November (a 41-year commitment) as well as a .4 cent sales tax for other transportation for the next five years. 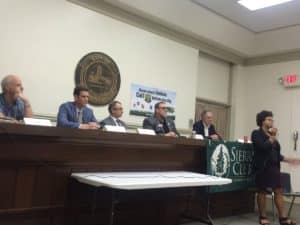 “The City of Atlanta is about to make a generational investment in its transit system,” Weyandt said, predicting both measures will easily pass. ”It’s not just Gwinnett, but Fulton County and DeKalb County that ought to think about their relative competitiveness as time goes on.”

And once those communities actually decide they want rail transit, it would take an estimated 10 years for service to begin.

To get to the meeting, she took one bus, and then she missed her transfer to get from Norcross to Lawrenceville. So she ended up taking Uber to get to the transit forum, and she told the crowd that because buses quit running in the evening, she would have to take Uber home.

“People who use buses can not come to meetings like this,” she said. “That’s why God has me here.”

Some people in Gwinnett realize, the clock is ticking for the county.

Audience member, Jim Shealey, stood up at the end of the meeting to say he is running for chairman of the Gwinnett County Commission on a pro-transit platform.

As Shealey said: “Gwinnett has to change.”