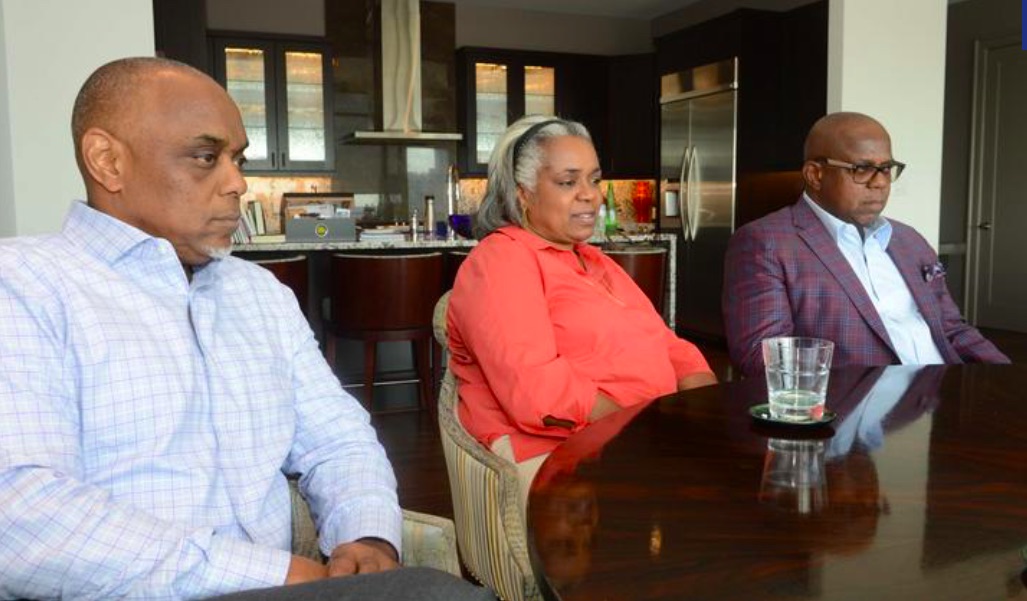 The letter said Alston was their father’s daughter and their half-sister. 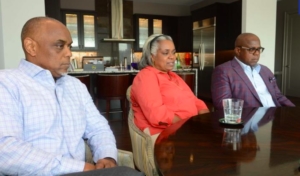 Donata, Jerome and Michael sat down for a lengthy in-person interview in Michael’s Midtown condo to talk about that journey – one that has led them to Fulton County Superior Court and the Probate Court.

The court documents of the case have been sealed from public view. But Fulton County Superior Court Judge Eric Dunaway is expected to unseal a number of them any day now – information that could shine a light on the Herman Russell’s estate and the family’s financial profile.

Because of the pending legislation, the children were careful in what they said. Two lawyers also were present during the interview to make sure they did not step out of line.

The bottom line is they acknowledge that Joycelyn is their half-sister, yet they are hesitant in accepting her as an equal heir to their father’s estate.

They do not know whether their father even knew of her existence, and they certainly did not know she was their kin until her lawyers sent a letter in August 2015.

No matter what, Herman Russell did not include Joycelyn Alston in his will and testament.

But her lawyers are arguing that she is entitled to a fair share of H.J. Russell’s estate.

“They are positioning her to be treated like a fourth child – that she should get an equal share– 25 percent,” Michael said.

He later added, “We are not challenging the fact that she was our father’s child.”

“The curiosity was real,” Michael said. “You wonder who this person is. The fact that we were not aware of her, we were open to getting to know her.”

The Russell children also have come to terms with a side of their father that had been unknown to them.

“It was a very long time ago,” Donata said. “At this point in my life, I understand things happen. You move on, and you grow. And you learn as you mature.”

Joycelyn Alston actually is slightly older than Donata, who is 59. Alston is from the New York City area, where she has worked in the insurance industry.

“She’s a professional,” Donata said. “Certainly having grown up the way we had, we were curious and welcoming.”

The Russell children described the desire of getting together with their half-sister as mutual. They had a pleasant lunch learning about each other’s lives. 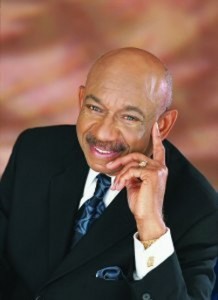 “Our conversations were always cordial,” Donata said. “We were all surprised when she decided to pursue the lawsuit.”

“I didn’t see it coming,” Jerome, 56, said. “We met with her. For us to have a meeting, and then have a lawsuit filed, is unfortunate.”

Joycelyn Alston’s lawyers filed a petition for a share of the Russell estate in January 2017. Although she dismissed the case that June, she refiled the court case on Aug. 8, 2017.

“She wants to be treated as a biological child of Herman Russell,” said Alston’s Atlanta attorney, Craig Frankel.

Frankel said he doesn’t know if Herman Russell knew she existed. “He never acknowledged her existence during his lifetime. In his will, he did not identify any child born out of wedlock. We don’t know whether he intended to exclude her.”

“In Probate Court, the will states: ‘For the purposes of this will, my descendants are the three children,” Frankel said.

Luke Lantta, an attorney for Bryan Cave who is representing the Russell children, said, “Ms. Alston claims that if Mr. Russell was aware of her existence, he would have provided equally for her along with his other children.”

Donata and her brothers wonder why Joycelyn did not reach out to their father before he died at the age of 83.

“My father was a public person,” Donata said. “She could have found him.”

That is one of several unanswered questions the Russell children have.

And they know they may never get to the bottom of everything that happened in their father’s life 60 years ago.

“I have lived long enough to know that there are not answers to everything in life,” Donata said. “We are confident that there wasn’t an ongoing relationship between H.J. and her mother.”

Later Donata added, “It’s unfortunate this wasn’t addressed while he still alive. The one person who can answer all the questions is not here to do that.”

That said, the Russell children said their feelings toward their father and his illustrious career in the Atlanta community have not changed.

Russell built one of the largest minority-owned construction firms in the United States, H.J. Russell & Co., and he was involved in the building of many of Atlanta’s most iconic buildings. He also started a development company and a concessions firm.

Today, Michael runs the construction company; Jerome runs the development firm and a new innovation center; and Donata runs the concessions firm as well as the Russell Foundation.

Herman Russell also was a key business leader who supported Martin Luther King Jr. and the Civil Rights Movement. He was one of the first African-American business leaders to sit at the tables of power in Atlanta – from the board of the Commerce Club to serving as chairman of the Metro Atlanta Chamber to co-chairing the Atlanta Action Forum.

“I would hope that this situation would not tarnish the years of service and affection H.J. had in Atlanta and his reputation in the community,” Donata said. “We all are human. We all make mistakes. It certainly hasn’t changed how I feel about him as my father. It doesn’t change the love he had for us.”

“Nor do I feel it reduces the love he had for our mother,” said Michael, speaking of Otelia Hackney Russell, who was married to Herman Russell for 50 years until her death in 2006.

Joycelyn was born in 1958, two years after the Russells were married.

“She’s a little bit older than me,” said Donata, who is at peace with this latest twist in their lives. “I’m very spiritual, and I pray every morning. My faith has grown so much. There’s nothing any one can throw at me. If anything, it reminds us that we are all human. Nobody is immune from making mistakes. If I’m going to judge somebody, then something is wrong with me.”

All three of the Russell children have told their own children about Joycelyn Alston, and everyone has accepted the situation.

“I don’t think this has affected my children,” Donata said. “When you love someone, that doesn’t change.”

The Russell children do not know what the next step will bring. Their lawyers, including Ernest Greer of Greenberg Traurig, have been trying to make sure that any competitive financial information that could compromise their business interests or those of their business partners remain sealed by the court out of public view.

As of press time, it is unclear whether there’s an interest among the parties to reach an out-of-court settlement.