A few times a week, I have the privilege of working from a location where I have a great view of Hartsfield-Jackson  International Airport on a clear day. I can see the whole expanse of it and – if I give myself enough time to pay attention for a moment – observe a few planes land or take off.

In other words, it is the ebb and flow of airport functions that can be seen at a number of places   throughout the world. I’ve seen enough of that to not be too fascinated by it, but I often have a different reaction watching these run-of-the-mill activities occur at Hartsfield-Jackson. Because every now and then, I recognize that I’m actually watching the primary engine behind the phenomenon of world-shrinking. 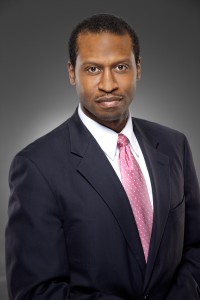 I think it’s fair to say that no other space of 6.8 million square feet on this globe contributes more to internationalization and connecting people from its farthest corners.

The fact that only one city and region has such an asset puts the metro Atlanta area in a unique position that has been capitalized on in many ways. But from my (admittedly limited) perspective, it has not been as fully embraced as I believe is required for a region searching for a commercial identity.

There is an understandable push to focus on other more specific themes and clusters that may or may not be singular to this region. However, our ultimate strength is in enhancing those qualities that no one else can possess.

The past that is the Olympics and an internationally-recognized civil rights movement, the present that is Hartsfield-Jackson and the growing number of international consulates, and, hopefully, our resulting future as a model international city are all, in total, unique to this area.

This is already who Atlanta is and we should focus more of our efforts on enhancing this core quality and creatively letting the world know. Fortunately for us, it is going to be the cities that are most adept at welcoming, cultivating, and building global business that lead the charge into the future. And we’re one of a few that has these capabilities in spades.

Atlanta’s renewed focus on startup development actually fits in well with this theme. This is supported by an observation made in the book Startup Nation. Startup founders in Israel understand early on that their country is too small to facilitate the kind of growth most companies seek.

So from the very beginning of their existence, these entrepreneurs are thinking globally and figuring out ways to expose their products to the outside world. They do this out of necessity, but it just so happens to be the wave of the future. A growing number of entrepreneurs understand that it is overly limiting to develop a business plan focused on 5 percent of available consumers (U.S. citizens).

The global theme enhances startup development and allows the flexibility to quickly nurture the growth of other unforeseen industries that crop up as a result of the hoped-for influx of businesses that want to be in a place that is ideal for its current or future international operations.

The regions that establish themselves as the leaders in simplifying global exposure for domestic and foreign companies will be the ones that are magnets for innovation and job creation in the near future.

We should more fully accept who we already are and in what we already excel; and then aggressively build upon a innovative plan that revolves around making sure others understand that Atlanta is the place you go to become global.

Before joining the Pendelton Group, Daraka Satcher was formerly deputy assistant secretary for Legislative and Intergovernmental Affairs at the U.S. Department of Commerce.