He was a credit to his profession 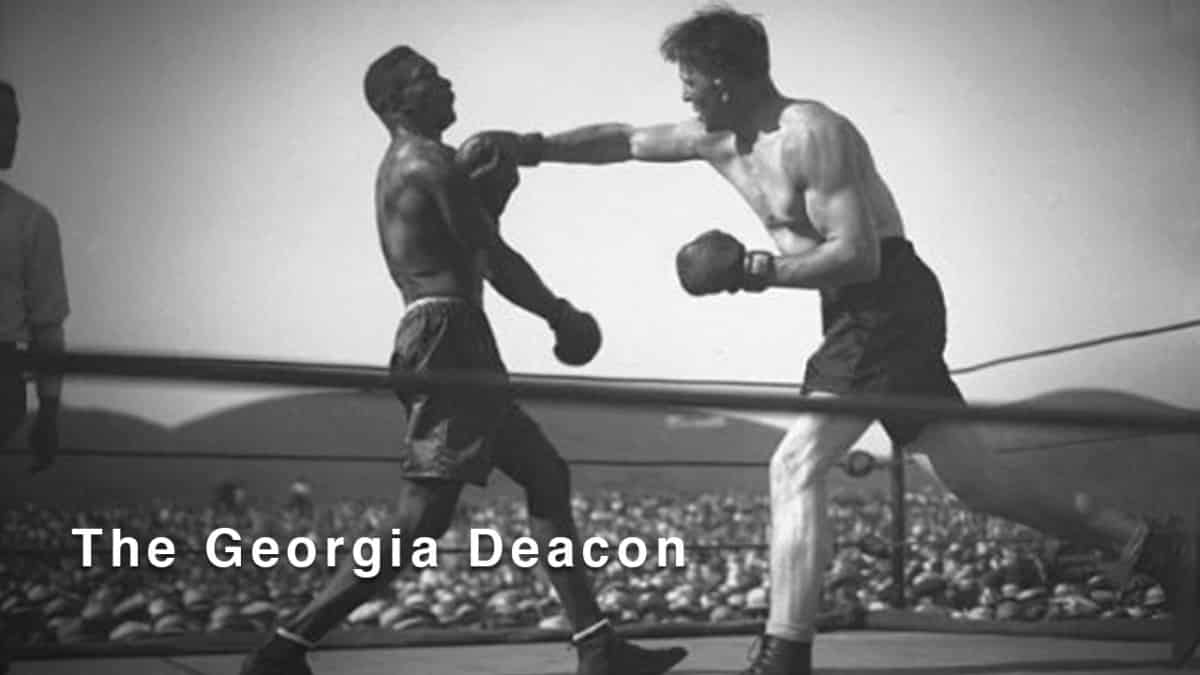 Ask anyone in Atlanta what comes to mind when you mention our city’s boxing tradition and chances are you’ll get the name Evander Holyfield. That is assuming the person you are asking doesn’t confuse boxing with wrestling, in which case, you’ll probably get Dusty Rhodes, Rick Flare or Gordon Solie.

But it is Evander “The Real Deal” Holyfield who put Atlanta on the boxing map by being boxing’s undisputed heavyweight champion and defending his title against the likes of George Foreman, Larry Holmes and Mike Tyson among others.

But as great as Holyfield was in the ring, he is not the first Atlanta based boxer to hold a boxing title, just the most recent. Step down in weight class to the middleweight division and go back several decades and you will find “The Georgia Deacon.” As you will see in this week’s Stories of Atlanta.