The head of the Georgia branch Americans for Prosperity, co-founded by of oil-billionaires Charles Koch and David Koch, announced her resignation Friday. 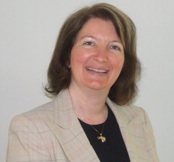 Virginia Galloway, state director of AFP-Georgia, sent an email saying she will take a new position early next year with the Faith and Freedom Coalition. Ralph Reed serves as president of FFC.

Galloway leaves AFP as a major tax reform proposal is ramping up for debate in the 2014 session of the state General Assembly. Galloway has been a leading voice in the fair tax movement and testified in favor of it in July before the Senate Fair Tax Study Committee.

Galloway’s annoucement did not identify her successor and no pertinent information was posted Friday morning on the group’s website.

Galloway started with AFP-Ga. as a field organizer when the state chapter started seven years ago. She’s served as state director for four years, notching up wins including the 2012 passage of the statewide charter school amendment.

In her statement, Galloway wrote:

In her testimony last summer on the fair tax, Galloway said AFP-Ga. would campaign in favor of a fair tax referendum. She said the group would implement the same grassroots strategy it used to prevail in the battle for the charter school amendment.

She noted that the North Carolina legislature replaced a tax code that she said was one of the higest in the nation with a flat tax – a campaign bolster by support from the AFP’s chapter in North Carolina.

“Winning the public over [on tax reform] requires a strategy that, I think, would be akin to the strategy that we and other groups that worked on the charter school amendment [used],” Galloway said in July. “That is, getting out there in front of the people, making sure they understand the facts.”

Galloway ended her email by saying she would remain an active member of AFP-Ga.: