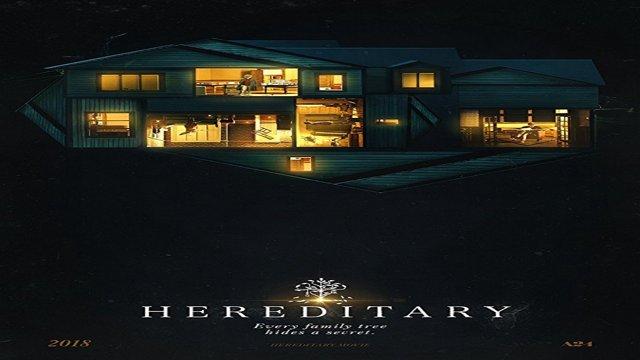 “Hereditary” is so all over the place that it’s often incoherent.

However, it is also a disturbing horror movie with the sort of burned-in-your-brain sequences that will jolt you awake in the middle of the night.

Yes, it can be that powerful. 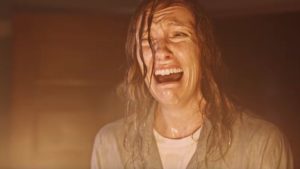 A scene from ‘Hereditary’

The movie opens with a funeral. Annie (Toni Collette), an artist who specializes in dollhouse dioramas, has just lost her mother. Apparently the two weren’t close.  “Should I feel sad?” she asks her husband, Steve (Gabriel Byrne).

She learns soon enough to feel spooked after coming across a cache of old family photos, books on spiritualism and a perplexing note. “Forgive me all the things I did not tell you,” it reads. “Love, Mommy.”

Annie’s unease is echoed by her two children. Charlie (Millie Shapiro from the Tony-winning “Matilda”) is an odd little kid who decapitates dead birds. Her older brother Peter (Alex Wolff) is more ostensibly normal – a long-haired stoner who likes pretty girls – but he, too, will be sucked into the vortex of horror enveloping the family.

Just what that horror is becomes the picture’s strength and weakness. As in the best scary movies, the chills aren’t the obvious slasher sort. They’re eerie and unexpected. And exceedingly effective.

At the same time, writer/director Ari Aster prefers did-I-just-see-that?? shock tactics over inner logic. While we’re grateful the film can’t be reduced to a Revenge-Of-Bad-Granny scenario, Aster also takes shortcuts. The supernatural doesn’t make sense, so why should his movie?

Actually, it does make sense in a kind of “Rosemary’s Baby”/”The Omen” way. Still, the overall take-away is one of a series of unforgettable scenes than a cohesive film. 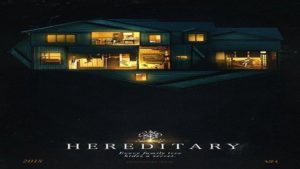 And yet…these scenes work their dark magic with uncanny ease. That may be as much a tribute to the unnerving images as to the grounding effect of a strong acting ensemble. Everyone is good — from Ann Dowd (“The Handmaid’s Tale”), who turns up at Annie’s grief group, to Shapiro who somehow suggests “The Six Sense’s” Haley Joel Osment wearing a fright wig.

Speaking of which, some of you may remember that Colette also played the mom in M. Night Shyamalan’s 1999 classic. But that was a more reactive role. Here, Collette creates an unforgettable portrait of grief, terror and confusion. When she delivers a searing monologue at a family dinner, we’re not sure if we’re in a horror movie, an Ingmar Bergman film or a play by Eugene O’Neill.

Turns out family can be one of the scariest things that go bump in the night.