A holiday greeting from Georgia Tech, with a request: ‘You can help us’ 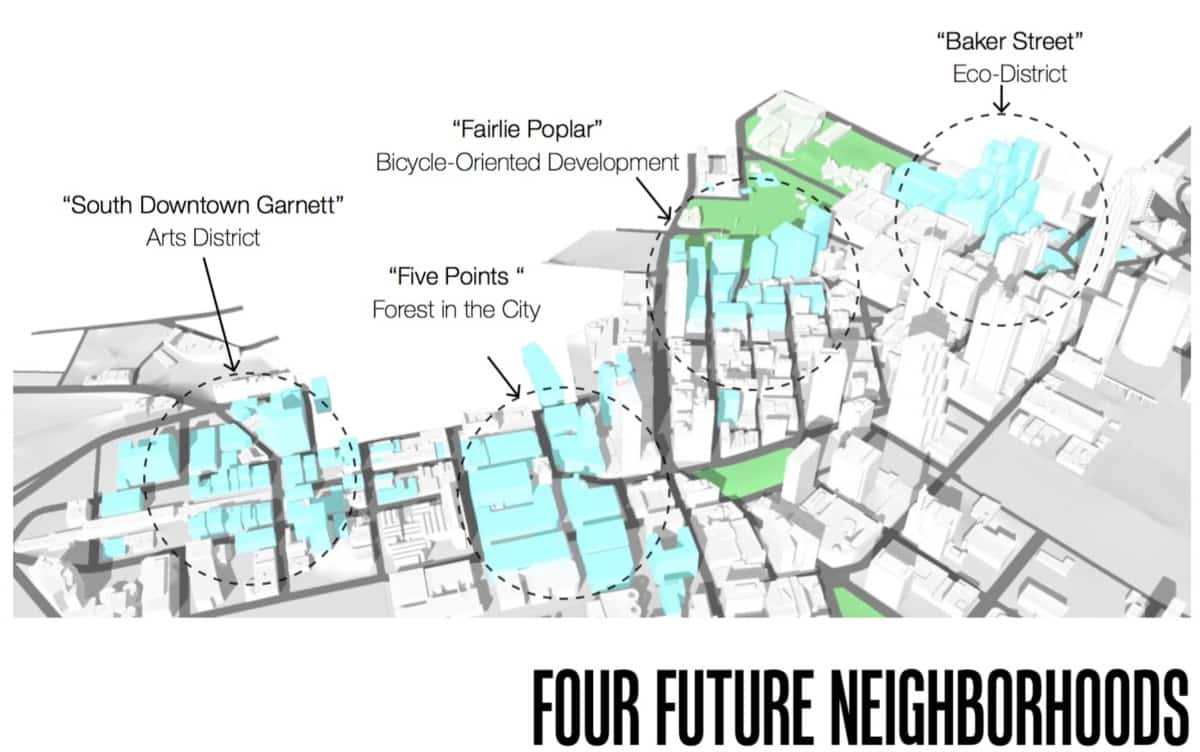 Toward the end of the holiday greeting from Georgia Tech’s School of City and Regional Planning is a simple request – for financial contributions to support the school’s programs. 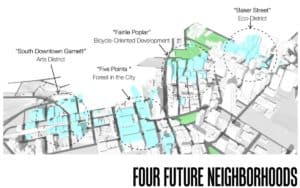 Bruce Stiftel, professor and chair of the school, said Monday the request is part of his effort to help make higher education more affordable in an era when it is becoming increasingly unaffordable.

“I’m trying to support the city planning profession, and help that profession address problems such as traffic congestion and water supply and carbon footprint, and so on,” Stiftel said. “We want to attract the best minds we can of committed young folks. I hate that financing gets in the way.”

Fund-raising was just part of Stiftel’s holiday message, which highlighted achievements of students and faculty.

Among those cited are Ryan Gravel (dual masters, 1999), who published a book this year to further his notions after he devised the Atlanta BeltLine; Amanda Rhein (masters, 2004), who oversees transit oriented development for MARTA and was named one of 40 under 40 outstanding real estate professionals but the Urban Land Institute; and Professor Dan Immergluck, whose latest book is titled, Preventing the Next Mortgage Crisis: The Meltdown, The Federal Response, and the Future of Housing in America. 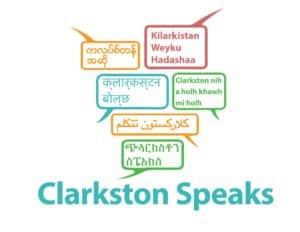 Georgia Tech students created a poster that displays some of the 65-plus languages spoken in Clarkston. Credit: Georgia Tech

Stiftel said students now are working on two studios led by Mike Dobbins: On Smyrna and possible impacts of the new Braves stadium; and possible developments on a large tract of timberland in north Florida. Last spring, Ellen Dunham-Jones’ oversaw Downtown 2041, an urban design studio that looked at the future of walkability and autonomous vehicles in downtown Atlanta.

Accolades aside, Stiftel isn’t the only one who sees challenges mounting before the industry of higher education.

Moody’s Investors Service released Dec. 6 an outlook on the higher education sector, 2017 Outlook – Stable with Clouds Forming on Horizon. Portions speak directly to institutions such as Georgia Tech, schools that conduct significant amounts of federally funded research with an international student base:

Stiftel said federal funding represents the largest share of the school’s externally funded research. Among the federal funds are those that fund work by Brian Stone to study urban heat islands, and Nancey Green Leigh to study economic development impacts of robotics.

All that said, Moody’s has a positive outlook of Tech. Moody’s issued a credit opinion May 6 in which it upgraded Tech’s credit outlook from stable to positive. Moody’s analysts cited Tech’s, “excellent brand and reputation as a globally prominent technological research university, demonstrated by impressive student demand and significant research activity

The national and international reach of Tech’s School of City and Regional Planning is evident in Stiftel’s holiday message. 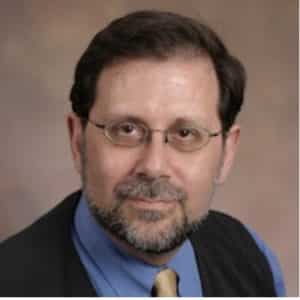 Stiftel notes that alumni work in 49 U.S. states and territories, and 32 countries. The 65 graduate students who enrolled in the school’s four degree programs in August arrived from 12 states and five countries and have first degrees from 48 different institutions.

Tuition and fees in the masters degree programs total $32,918 this year for out-of-state student, he said in the message. Stiftel observed in his holiday message the cost is:

Most students no longer can work their way through school, he said Monday.

“I remember an analysis in the mid ‘70s showed a student at an average-cost state university could pay for education at 18 hours a week at minimum wage, and fulltime in the summer,” he said. “By the mid ‘90s, that had become impossible. It would take 44 hours a week, year-round, and obviously you couldn’t be a student and do that.” 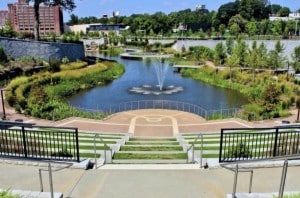 The water feature at Atlanta’s Old Fourth Ward grew out of a paper written by Ryan Gravel, then a graduate student at Georgia Tech, to build the Atlanta BeltLine atop an out-of-use rail corridor. File/Credit: yeahletsgo.com

Atlantic Station is a signature project that was developed out of a paper written by Brian Leary when he was a graduate student at Georgia Tech. File/Credit: Atlantaphotos.com

Previous Article
In changing weather, states go their separate ways
Next Article
Tested and proved in the South