The name Hosea Williams was scarcely mentioned in 2020, the year three civil rights icons died. Williams’ life and work in the movement was commemorated this month in a small ceremony, on the 20th anniversary of his death. 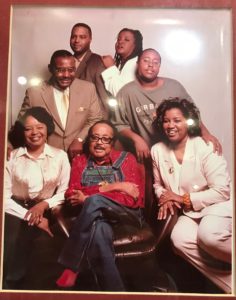 Hosea Williams received a Purple Heart for wounds suffered as a staff sergeant in a Black unit in Patton’s Army during service in World War II. His trademark overhauls recognized the poor and homeless, whom he served with his Feed the Hungry program. Credit: Kelly Jordan

Williams was a reliable lieutenant for Martin Luther King, Jr. Williams was with King in Memphis, and was photographed with King on the balcony of the Lorraine Motel on April 3, 1968, the day of the “I’ve Been to the Mountaintop” speech. Three years earlier, Williams and John Lewis were co-leaders of the Selma to Mongomery March, and both were beaten on “Bloody Sunday” on Edmund Pettus Bridge.

In King’s inner circle, Williams worked with the three civil rights leaders who died this year – the Rev. Joseph Lowery, the Rev. C.T. Vivian, and Congressman John Lewis. Williams preceded them in death, of cancer, on Nov. 16, 2000.

Williams is best remembered at this time of year for a Thanksgiving Day meal for the “least of these” that he started in 1971. The pandemic has reduced it to a drive-through event without personal support services such as grooming. But the event continues, sponsored by Hosea Feed the Hungry and Homeless.

Williams is less remembered for two civil rights marches in Forsyth County in 1987, to commemorate the first MLK Day, as proclaimed by then President Ronald Reagan, whose candidacy Williams had supported in 1980. The first Brotherhood March was met by Ku Klux Klan members and supporters. Williams rallied a second march, and it drew national attention and 20,000 participants – including Correta Scott King and then Atlanta Mayor Andrew Young. The marchers were protected by more than 2,000 National Guardsmen, according to a report by the New Georgia Encyclopedia.

This year, Forsyth County residents sought to reconcile with the county’s racial past. 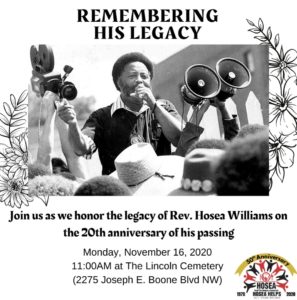 A recognition of the 20th anniversary of the death of civil rights leader Hosea Williams was conducted at Atlanta’s Lincoln Cemetery. Credit: Kelly Jordan

Between his work with King and the Forsyth County marches, Williams engaged in a political career. He maintained his adage of “unbought and unbossed,” a saying he shared with Shirley Chisholm, the nation’s first black woman elected to Congress and to run for president.

Williams service in elected office included a decade in the state Senate; five years on the Atlanta City Council; and a loss to Maynard Jackson in the 1989 mayoral campaign that he followed with five years as a DeKalb County commissioner. Juanita Williams, his spouse, succeeded Williams in the state Senate. 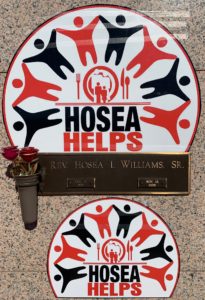 Hosea Williams’ niche in Lincoln Cemetery was decorated in recognition of the 20th anniversary of his death, on Nov. 16, 2000. Credit: Kelly Jordan

Williams is interred in Lincoln Cemetery, a fairly obscure final resting place in Atlanta’s Westside. All but one entry on its Facebook page are dated 2017 and earlier.

If Atlanta had a Civil Rights Trail, Lincoln Cemetery would be a destination. It’s an historic Black cemetery for those who aren’t laid to rest in Oakland Cemetery, the city-owned park and cemetery, or South-View Cemetery, established in 1886 by Black businessmen. Lincoln Cemetery is located at 2275 Joseph E. Boone Blvd. and the list of notables interred there includes: 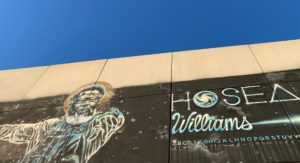 Hosea Williams is honored in this mural, painted near the birth home of Martin Luther King, Jr. on a structure along Airline Street in Atlanta’s Old Fourth Ward neighborhood. Credit: Kelly Jordan