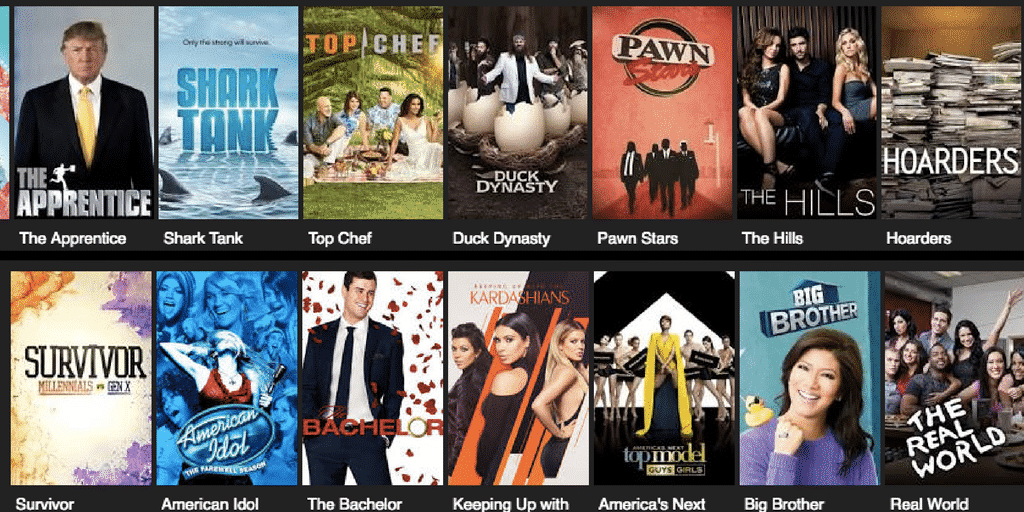 “The problem is that Bradford made an impulsive decision. A stupid, impulsive, life-threatening decision that frankly, if you were running a company and made that kind of decision, you’d destroy that company instantaneously. Bradford, you’re fired.”
Donald Trump, Season 2, “The Apprentice”

Reality competition shows follow patterns as strict as a classical sonata. Like all such forms, the conventions of competition shows are intended to shape our consciousness in some way that we can return to repeatedly.

Deeper forces drove this year’s election, but a familiarity rooted in “The Apprentice” played a role.

“Trump won because he managed to make the 2016 election one big reality show,” my former boss Matt Towery, whose pre-election poll analysis of this race was dead on the money, wrote last week.

“He grabbed the nation’s attention in a way no other political candidate had ever come close to. In the end his supporters turned out to make sure he wasn’t voted off an island or, in Apprentice lingo, that he didn’t get fired.”

It behooves us, then, to think about how the consciousness of these shows is constructed.

A basic device is the division of the present tense. The chef chops away furiously, then describes her desperation in a cutaway. The apprentice makes nice with his team members, then slices them in the cutaway. It’s as if we all had a second self to sit outside of our heads and comment on what was passing by, revealing our inner and outer motives. In the world of reality competition shows, everybody gets to be Frank Underwood.

The divided present creates the opportunity for variety and character conflict during the phase of the show which is consumed by the completion of the challenge, whether that be clambering up a palm tree naked or designing a raincoat.

Just off camera, always, are the crew members who encourage snarkiness and division whenever possible. Maybe we sense they’re there, but we allow ourselves to be drawn into the wrestling-match illusion of genuine animosity. Then comes the carefully choreographed ceremony of judgment.

Another important device is the dynamic between the judges and their solicitors, or if you prefer, the bosses and their consiglioris: Donald and George H. Ross, Heidi and Tim. The solicitors hold great sway — there’s one Tim Gunn save — but ultimately their role is to buttress the unimpeachable and unpredictable authority of the judge.

This is the zero-sum game expressed in video. In the harsh light of the judgment ceremony, with its tension-inducing musical stabs and ritually intoned dialog, pity, pluck and nobility of purpose are extraneous if they don’t contribute to the raw struggle to stay in the game for another episode.

The “Survivor” form of competition shows makes this explicit by turning the contestants into their own judges, while other shows create teams of rivals who turn on each other in cringeworthy ways. What Bradford did to get fired in Season 2 was to be so confident in his work that he waived his immunity for that round and put himself in the same place as his rivals. He paid the price.

It’s not as if Trump was being particularly cold-hearted; this season on “Project Runway,” a team leader who took responsibility for the failings of his teammates promptly got the boot. If you aren’t in it for yourself, then you aren’t fit, in a very Darwinian way, to win one of these shows. And if you assume your performance makes you invulnerable, you set yourself up to be that season’s Icarus.

That the judgments rendered can be arbitrary and unfair does nothing to diminish the popularity of these shows, any more than was the case with the Greek tragedies. It’s one means through which reality television actually connects with the reality of so many of its viewers.

The dejected chef packs his knives; the vanquished apprentice departs the premises pulling her rollaway. Sometimes the departures are hopeful, perhaps with a surprise party to cheer things up. Sometime they’re bleak. Competition shows are supposed to be about the winners, but it’s the losers who mainly populate them.

Understanding how reality television imitates reality while diverging from it in its obsessive rituals of elimination might give us a little insight into Donald Trump. But that’s not what matters. It’s what the popularity of this form of escape says about the country he’ll govern that’s important.

Previous Article
ATL poised to fund grants to businesses along MLK corridor, at Holmes station
Next Article
Giving thanks for what philanthropy makes possible