The power of Atlanta’s tradition of building a team to achieve a big public dream was underscored Tuesday by a federal cabinet member speaking at the Carter Center.

If there had been a regional group working on the foreclosure crisis last year, the region would have been more competitive to receive some of the $1.93 billion awarded in 2010 to contend with the foreclosure problem, according to U.S. Secretary Shaun Donovan, of the Department of Housing and Urban Development.

Metro Atlanta now has such a consortium – the Piece by Piece initiative that includes more than 140 regional and national partners who collaborate with guidance from the Atlanta Neighborhood Development Partnership, Inc.

The group met Tuesday at the Carter Center for the first time since its inaugural meeting in November. Former HUD Secretary Henry Cisneros headlined that event.

Donovan, the current HUD secretary, said Piece by Piece is exactly the sort of consortium the federal government is seeking as its partner in the foreclosure battle.

“What we didn’t see in the applications [for funding in 2010] was a coming together to form the kind of partnership we’re seeing here today,” Donovan said. “I said this to the mayor [Kasim Reed, of Atlanta] last night: You would see different results today.”

The difference was evident in the crowd of about 125 people who attended a morning-long program highlighted by Donovan’s presentation.

They represented the grassroots groups, churches, non-profits, businesses and governments who are gathering to create a set of best practices to confront the region’s stunning foreclosures rates.

The audience also learned from top elected officials in five metro counties how those local governments are responding to the foreclosure crisis and the resulting abandonment of homes.

A common theme the elected officials cited was the need to tear down barriers that historically prevent the various branches of government from working together to promote job creation and retention, and to keep neighborhoods tidy and safe as foreclosed homes become common.

“We operated in silos,” said Clayton County commission Chairman Eldrin Bell. “When people set up silos, all of them have little rules and rules stand in the way. At best we try to get them all to work together. But in this instance, they are required to work together.”

The audience also heard a success story from Douglas County.

“Now we have realtors working with remodeler,” said Chris Collier, executive director of Douglas’ Piece by Piece office. “We have six [entities] working together, and we need to get to 60.”

John O’Callaghan, ANDP’s president and CEO, urged the audience to stay strong and to finalize their commitment to addressing the foreclosure crisis. May 23 is the deadline for groups to present their action plans and 70 groups have already submitted their plans, O’Callaghan said.

“We hope we are at the bottom [of the crisis],” O’Callaghan said. “But even in the best case we have three to five years of work ahead of us.” 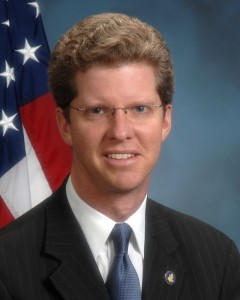 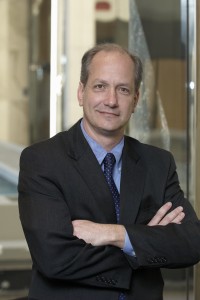