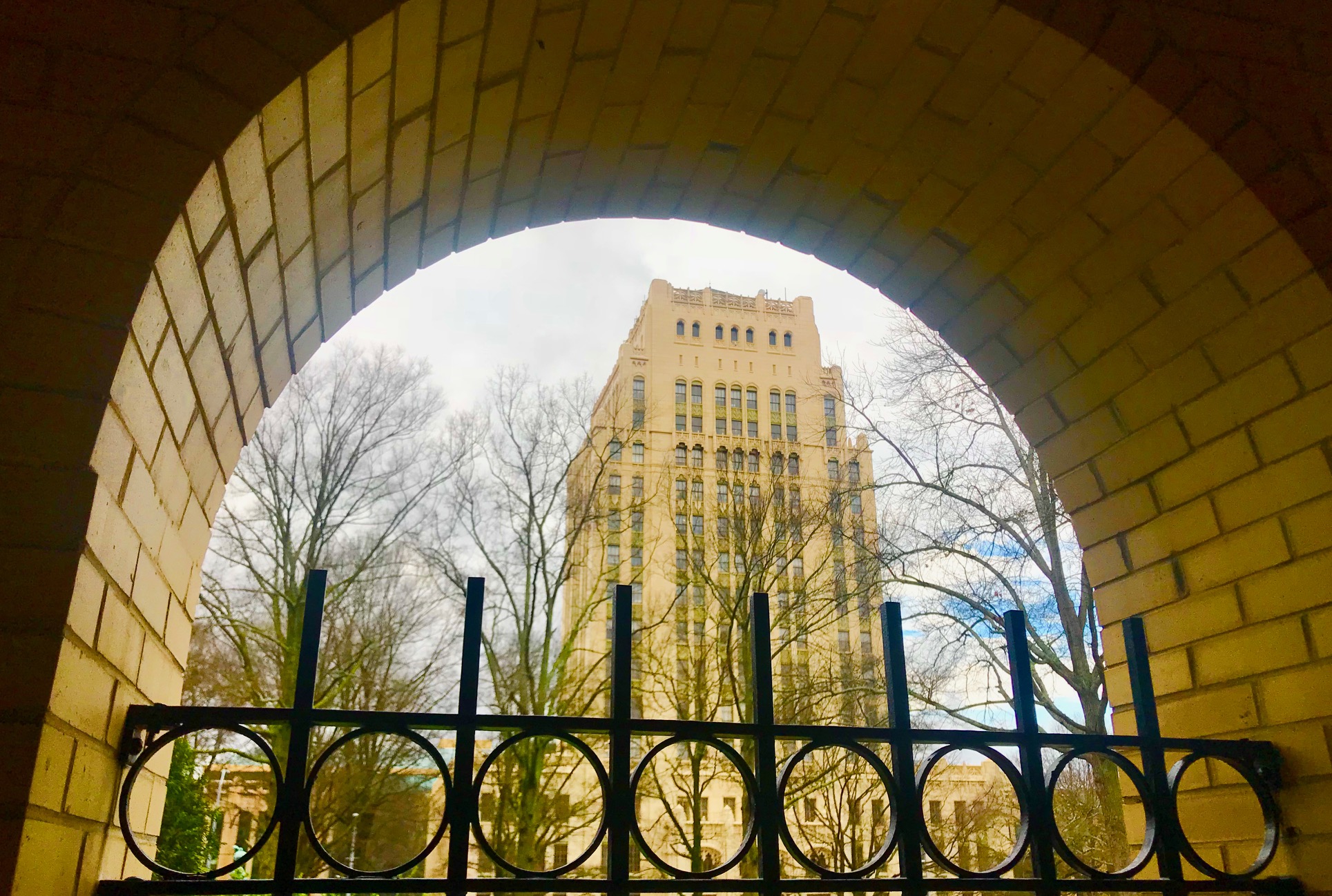 Leaders of cities like Paris, France; New York City and Durham, North Carolina have started to try and build public trust by involving residents in budgeting — and public votes on a part of public spending. An Atlanta City Council member says it’s time for Atlanta to try that.

But even practitioners of what’s called “participatory budgeting” have some warnings and say there are ways to do it wrong.

“This came in many ways from thinking about, ‘How do we build trust in City Hall, how do we do a better job engaging the public?” said Atlanta City Councilman Amir Farokhi, who’s been studying “PB” in various cities. He’s filed some legislation to get started with PB in Atlanta. 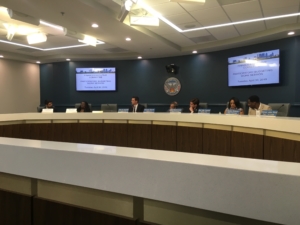 Atlanta City Council members and guests talked participatory budgeting on April 30. Attendance at the public meeting — on a weekday morning — was normal. Maybe two dozen folks, many of whom were city staff. Council and the city, like most places, struggle with capturing public interest.  Credit: Maggie Lee

Farokhi’s legislation would eventually set aside up to 2% of the city’s budget — about $13 million — for the PB process. Though, beyond that, his proposal a bit of a placeholder for now, while he works on trying for Council support and figuring out with them what kind of nuts and bolts might make his proposal successful.

Every city does it a little differently, Farokhi said; and cities’ processes tend to evolve.

Durham is going through its first PB cycle — each of three city wards is getting about $800,000.

Steered by residents from each ward, Durham has collected ideas for ballots. Voting started May 1 and continues through the month. There, the city is taking on a lot of the work of outreach and has budgeted a reported $300,000 for administration.

Durham Mayor Pro Tempore Jillian Johnson said that from the beginning, equity has been a big part of the process. That means Durham staff might pop up at the bus stop or at the grocery store asking for ideas, yes. But they’re also focusing outreach on low-income neighborhoods where engagement is lowest, she said. And folks will be canvassing those neighborhoods with ballots to make sure those places are heard.

Johnson said she’s heard the critique that the process doesn’t seem to add value; some people don’t see a need for it.

Carlos Menchaca has chosen to use PB to disperse $5 million in discretionary spending that he controls in the parts of Brooklyn that he represents on New York’s City Council.

But it’s built trust in government, he said. And interest too. He said the last PB vote attracted some 11,000 voters — more than the number of people who voted to put him in office a few years before.

“This takes a lot of work,” Menchaca said.

In New York, it’s on Menchaca and his staff to deliver.

He said someone’s got to set up meetings, solicit ideas, canvas the public, do outreach. Someone’s got to weed out the “chocolate fountain and rocket” ideas that the city can’t do.

In Durham, city staff have to help work public ideas into things that the city can practically and legally do.

“We don’t want anything showing up on a PB ballot that we can’t actually do, because then instead building trust with the community and building those relationships, you are … breaking trust,” Johnson said.

As for Atlanta, Farokhi said he’s requested from the administration $600,000 for a pilot PB project in two Atlanta City Council districts. That would come to $250,000 per district plus $100,000 for administration. Right now, that looks like it would be his District 2 around from Downtown to Candler Park and maybe District 11 in southwest Atlanta both inside and outside the Perimeter. But nothing’s set in stone for the moment.

Councilman Howard Shook of Buckhead ruminated on the idea toward the end of the meeting. He said the idea seems to do something that Council needs to do: bring in the public.

“It’s tempting to think we know what our constituents want,” Shook said. “But we can’t lose the capacity to surprise ourselves by really tapping into people who are maybe resistant to having this conversation with us.”