Imbroglio in Buckhead: Fate of proposed Walmart, 600 jobs, about 250 apartments on the block Monday

The Atlanta City Council is slated to vote Monday on a double-edged development proposal that would be a no-brainer in just about any other neighborhood in the city.

On one hand, many Buckhead residents wish that just about anything but a Walmart were in the works for a site along Piedmont Road. On the other hand, Atlanta desperately needs the expected taxes from the improved property and retail sales, not to mention 300 temporary construction jobs and 600 permanent jobs when the retail center opens. 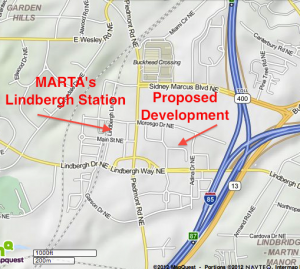 Atlanta Councilwoman Joyce Sheperd summed up her impasse this way: “I’m caught on both sides of this. We can sit here and say, ‘Boo for Walmart!’, [but] 600 permanent jobs. Six hundred permanent jobs. And on a MARTA train where people can ride MARTA and get to the jobs. … This whole Walmart thing is a dilemma across the country.”

The dilemma for Atlanta’s policy makers is that this Walmart would be built where commercial uses aren’t intended, in an area that is a sacred cow in the city’s long-range development plan.

The council committee handling the heart of the rezoning request  –  a proposed change in the city’s comprehensive development plan that is critical to the project  –  voted to send the matter to the full council without any recommendation regarding approval or denial.

The effort to tear down an aged apartment complex and build the proposed residential/retail project on that site is being led by Jeff Fuqua, a developer who served as president of Florida-based Sembler Co. during its teardown/rebuild of a half-dozen aged retail centers around the region before the recession. Fuqua left Sembler earlier this year, after company founder Mel Sembler stepped down from daily affairs and installed a new leadership team. 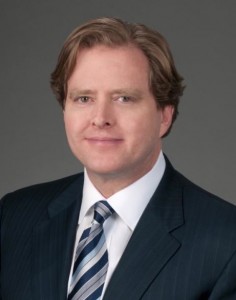 In Buckhead, Fuqua proposes to build a big box retailer, believed to be Walmart, spaces for several smaller retailers, and an apartment component that would provide somewhere in the range of 250 apartments that would measure less than 1,000 square feet each. There also would be a park the developer would pay to build, including a segment of the planned Buckhead Trail that will link with the Atlanta BeltLine.

This project description is similar to Sembler’s project near Little Five Points, which brought a retail/residential project to an older intown community. The parking lot typically is packed these days at Edgewood Retail District, on Moreland Avenue, less than a quarter-mile from a MARTA rail station.

The roots of the debate over the Lindbergh site reach to 2001. That’s the year the city council voted to protect the future of the neighborhood around the Lindbergh bus and rail station. The triggering event was MARTA’s efforts to develop its land around the station as part of MARTA’s program to create new sources of income. In this case, the income source was ground leases to commercial and residential developments.

The city devised a master plan for the Lindbergh special public interest district (SPI-15) that was inserted into the city’s code of ordinances. As popularly contemplated, the master plan was supposed to foster the creation of a pleasant community where pedestrians could walk from home to a desk in a new office building of modest height, and also be able to stroll to neighborhood-oriented shops and restaurants. 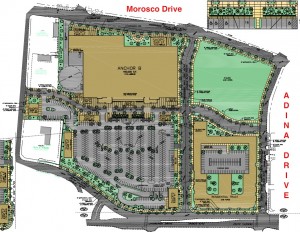 This is the site plan of a proposed retail/residential center in Buckhead. Credit: Fuqua Development, David Pendered

Residents fear they are seeing that plan being tossed out the window at the first whiff of development to come along after the recession.

About a dozen Buckhead residents addressed the Community Development Committee during its meeting last week. No one spoke in favor of the project.

“We oppose this not because we oppose development or oppose Walmart; it just has to comply with the law,” said Andrea Bennett, who chairs the transportation committee of NPU-B, the neighborhood planning unit for the area.

The council also is slated to vote on a related proposal to rezone the property. That vote can be made only if the city’s long-range plan is amended, Lemuel Ward, a city attorney, told the council’s Zoning Committee last week.