In his new job at Goodwill, Keith Parker is focused on income inequality 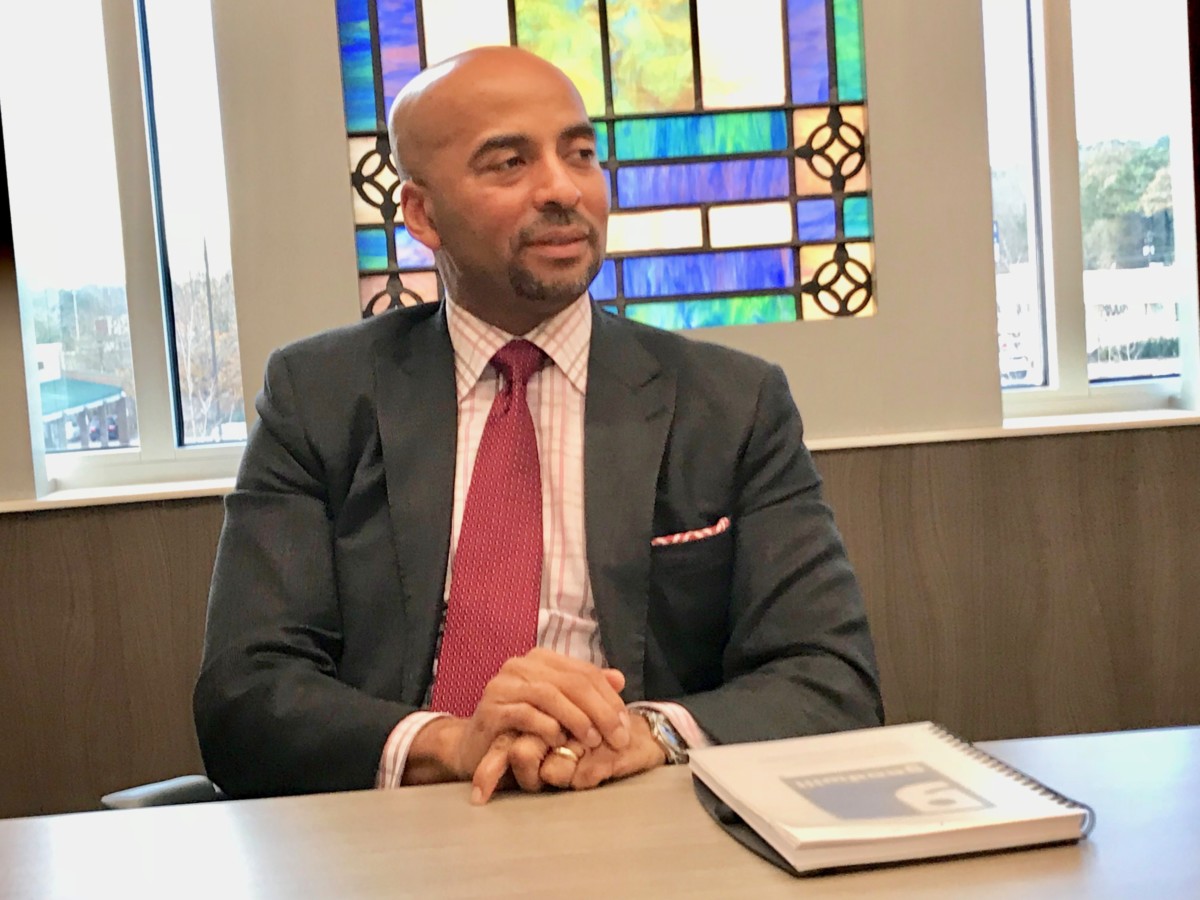 When Keith Parker was a junior at Virginia Commonwealth University, he would buy his clothing and furniture from Goodwill.

That sparked his affinity for Goodwill — he has been a regular donor since graduating from college, and he has served on the boards of the Goodwill of San Antonio and Goodwill of North Georgia.

That helps explain why Parker decided last fall to step down as CEO and general manager of MARTA to become president and CEO of Goodwill of North Georgia.

Parker had led MARTA for nearly five years (from December 2012 to October 2017), receiving accolades for improving MARTA’s image as well as its financial picture.

Now Parker wants to put a similar imprint on Goodwill of North Georgia.

In a lengthy interview in mid-December at Goodwill’s offices on Lawrenceville Highway, Parker talked about his mid-life career change, his vision for Goodwill and his hope that the nonprofit will be able to help metro Atlanta address its income inequality gap.

“It’s a fantastic organization with a fantastic mission,” Parker said. “I just want more people to know about it.”

Parker said most people know about Goodwill through its stores that sell lightly used clothing and furniture. But that is only part of Goodwill’s story.

The nonprofit also has 13 career centers throughout the region, where it helps people get jobs — by providing services such as writing resumes, career counseling and job placement.

It also has a facilities management group — called Goodwill Industries of North Georgia — that directly employs about 200 people, many of whom would have trouble finding work in the private sector.

“Eighty percent of our folks have cognitive disabilities,” Parker said, adding that Goodwill also helps find jobs for unemployed veterans and people who have been incarcerated. “We do all that’s necessary to get people employed. We help folks who have enormous challenges, and we get them ready for employment. We connect the folks looking for jobs with the people who have available jobs.”

In 2017, Goodwill of North Georgia helped connect 24,000 people to jobs in 2017. Of those, 2,500 were people who work directly for Goodwill — either in its stores or in the facilities management group.

Parker, who has been at Goodwill less than three months, said he is still in an information-gathering mode, and he intends to develop and execute a strategic plan in the coming year.

One of the questions for Goodwill is the future of retail. “The organization is heavily, heavily dependent on its stores,” Parker said. “It’s one of the biggest challenges ahead of us. While all of our stores are profitable, the profit level is shrinking. We are going to explore how e-commerce can work for us. But our business doesn’t lend itself to e-commerce.” 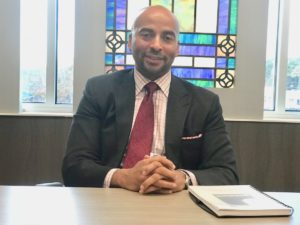 The retail environment is pivotal to Goodwill’s future. Parker explained that Goodwill takes the money it makes from its stores and applies those funds toward its mission of helping people get jobs.

“We went from three stores in the early 1980s to 60 stores now,” Parker said. “The growth in the last 10 years has been particularly amazing. Parker is especially proud that Goodwill annually diverts about 250 million pounds of items that otherwise would end up in a landfill. Still, Parker has greater aspirations for the organization.

Looking ahead, Parker believes Goodwill can help bring more equity to the Atlanta region. Goodwill of North Georgia serves 45 counties, including all of metro Atlanta.

“One reason this job was particularly attractive to me is that our region has been as successful as any region in the country. We have been able to attract thousands of new jobs,” Parker said. “During that time period, we have had far too many people who have not benefited from that success at all. In Atlanta, there’s a 96 percent chance if you are born into poverty you will die in poverty. We think we can play a major role that will benefit everyone.”

When asked why he decided to leave MARTA, Parker said he still feels greatly connected to the transit agency.

“If it was about leaving MARTA, I would have taken offers up and down the East Coast,” Parker said. “One of the big reasons I’m here is that I have a daughter at UGA [The University of Georgia], and she wants to be engaged with her little sister and brother. I don’t feel in any way as though I have left MARTA.”

It was Sam Pettway, head of search firm BoardWalk Consulting, who reached out to Parker in the summer to see if he would be interested in the Goodwill job.

“Then things moved very quickly,” Parker said. His predecessor, Raymond Bishop, was retiring in October 2017, which set the time frame

“An opportunity like Goodwill with its mission was hard to pass that up,” Parker said. “Ray Bishop built an incredible organization. I view my role as CEO as building on what has already been done.” 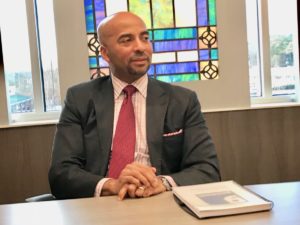 It has been widely reported that Parker took the job because of higher pay. Parker’s annual salary at MARTA was nearly $370,000. Goodwill’s 2015 tax return showed that Bishop earned $971,148 that year plus $25,000 in additional compensation. “I don’t make what Ray was making,” said Parker, who didn’t disclose his salary. “I make roughly 20 percent more than what I was making at MARTA when you consider the entire benefits package at MARTA and Goodwill.”

Parker, who turned 50 last year, had worked in the transit profession his entire career, and he was open to changing professions. He believes his management skills are transferable to Goodwill. And he is no longer getting calls in the middle of the night about possible bomb threats, broken trains or accidents.

Parker said those experiences taught him to maintain a level of calmness in times of pressure. He described his leadership style as one of “steadfast calmness” combined with “respect for everyone who lives in our space.”

Now Parker is focused on making sure Goodwill is at the table in the area of workforce preparedness, especially for the most vulnerable. “Goodwill has an incredibly positive reputation,” Parker said. “My hope is that as this decade moves forward, Goodwill will be seen as one of the true gems in bringing about income equality.”

As excited as he is about working at Goodwill, Parker did have one complaint.

“The worst part of my job is that I have to drive every day,” Parker said. “At MARTA, I could go weeks without driving.”