In memory of Furman Bisher — services to be on Saturday

Although Furman was 93, outliving so many of his contemporaries, it still came as a shock to hear he had passed away on Sunday. We all thought that Furman was immortal — that he would live forever.

There are many Furman Bisher stories, and Michelle Hiskey will share some with you in her column next week.

Meanwhile, we wanted to let you know about the upcoming services honoring Furman’s rich and storied life. 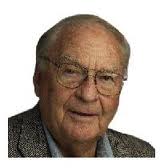 Funeral services will be held on Saturday, March 24 at 1 p.m. at Northwest Presbyterian Church at 4300 Northside Dr. NW in Atlanta. A graveside service will be held Tuesday, March 27 at 11 a.m. on St. Simons Island.

A couple of other thoughts.

The Atlanta Press Club was honored to be able to induct Bisher into its inaugural Hall of Fame event last September. What a special night that was. Here is a link to the video that was prepared by Georgia State University for that evening.

Bisher, several years earlier, had received a “lifetime achievement” award from the Atlanta Press Club. In his acceptance speech, he said that his greatest achievement had been his children. He then eloquently shared the deep loss he felt when his son had passed away from AIDS. There was not a dry eye in the house.

I was fortunate to have stayed in touch with Furman over the years. He would call or email me when he wanted to talk about a story or column he had read in SaportaReport. And he was always one of my best sources for business story ideas and analysis. When I was at the AJC, I quickly realized Furman knew as much about business as he did about sports.

Despite all the changes at the Atlanta Journal-Constitution over the decades, Furman was always a Journal guy. We had a program to honor the Atlanta Journal when the last edition was published, and we invited dozens of writers who had made their mark working for the afternoon paper.

I’ll never forget the passion and devotion that Furman shared that night — lamenting the passing of an era for the “Covers Dixie Like the Dew” newspaper.

And now we are lamenting the passage of another era — the Furman Bisher era. They just don’t make them like they used to.

Previous Article
Health care and investing in infrastructure are next on the agenda for Mayor Kasim Reed
Next Article
Column: Delta steps up to help Atlanta United Way meet goal