In televised primary debates, most congressional incumbents choose to be represented by an empty podium

For the past two Sundays, the Atlanta Press Club has been holding political primary debates at Georgia Public Broadcasting —featuring some of the most contested Congressional races.

For the record, I chair the Atlanta Press Club’s Loudermilk-Young debate series, a role I’ve enjoyed for the past two decades. And it has been a rewarding partnership between the Atlanta Press Club and Georgia Pubic Broadcasting, particularly because we give voters an opportunity to get to know the candidates seeking public office.

Candidates who appear know that they will face questions from Georgia journalists as well as questions from their opponents. It’s a great opportunity to see and hear how candidates perform on their feet as well as better understand their positions on key public policy issues.

Over the years, we have had a handful of candidates who have not participated in our debates for a variety of reasons.

Yet it is the policy of the Atlanta Press Club to proceed with debates, even if only one candidate is willing to appear. The absent candidate is represented by an empty podium to reinforce the point that he or she chose not to participate in our debates.

It has been our policy to reward the candidates who are willing to appear before the public in an unrehearsed setting by giving them air time, even when their opponents are not there. 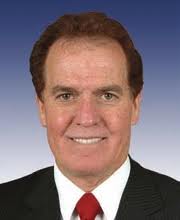 Unfortunately, during this primary season, we have had a record number of incumbents who have decided to not participate in our debates — which I believe is a disturbing trend for our political process. 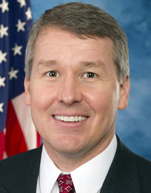 It’s obvious that the candidates have made a political decision — believing that it’s less risky to be represented by an empty podium rather than being there in person. But it also feels as though those very candidates have forgotten what running for public office is all about — an opportunity to let voters know what choices they have and to fight for their votes.

Thank you for your willingness to participate in our political debates and for being part of what makes us a great democracy. Let’s hope your colleagues follow your lead in the future.