Inevitably, race for Atlanta’s mayor will have racial undercurrents 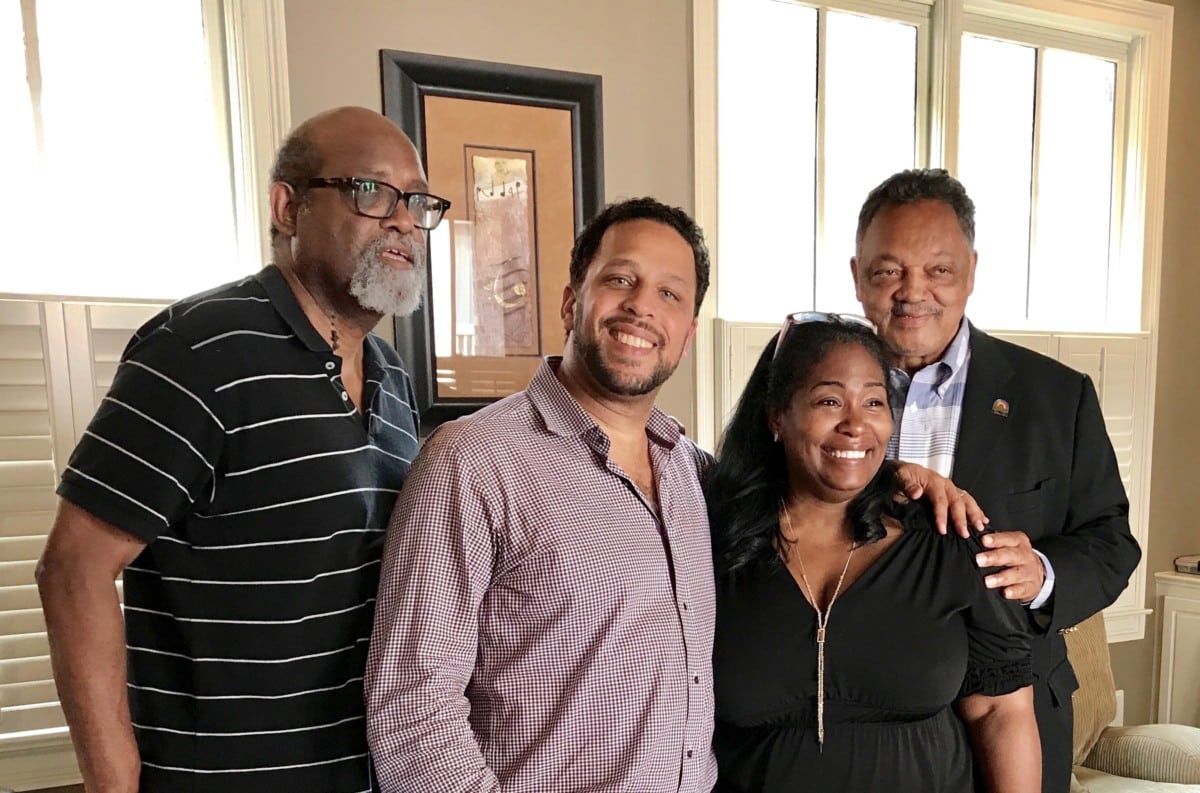 For decades, Atlanta has been a capital of black political power – dating back to the civil rights movement and to the 1973 election of Atlanta’s first black mayor – Maynard Jackson. 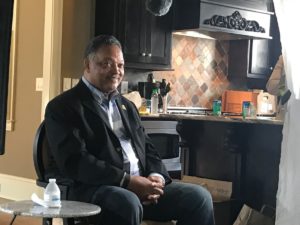 Jesse Jackson, in town for a taped interview for the Maynard Movie, talks about Atlanta’s upcoming mayoral election (Photo by Maria Saporta)

The stakes are high as political leaders and observers struggle to figure out how Atlanta’s demographic shifts could impact the city’s power structure and whether the race of a candidate is an issue of substance.

For starters, consider the field.

The Committee for a Better Atlanta held a forum on May 11 with 11 of the 12 mayoral candidates it is ranking. The field includes seven black men, two black women, two white women and one white man.

National civil rights activist Jesse Jackson recently has been visiting Atlanta on a regular basis, and he’s trying to encourage the black candidates for mayor to unify in favor of the strongest among them. His interest is to make sure that the country doesn’t lose Atlanta as a black political power base.

In a couple of brief interviews on two different occasions, Jackson elaborated on his thinking.

“They have the democratic right to run, but they are not likely to win unless they have some scientific process,” said Jackson, right after Coca-Cola’s annual meeting in Atlanta. “The group has to get together and decide that our will is bigger than my will.” 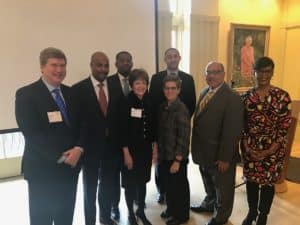 When asked if his main concern was making sure a black candidate was elected mayor in November, Jackson said: “It’s not just black and white. It’s wrong and right. Leadership matters. They have to figure out who has the greatest capacity to win.”

Atlanta City Council President Ceasar Mitchell confirmed that he has met with Jackson as have other black mayoral candidates.

Mitchell also said that if he were white, he would still be running.

“I’m running on my love for this city. I’m truly a product of this city,” Mitchell said.

“Atlanta is a city of inclusion, a city where people from all walks of life have been able to participate in the civic conversation.”

Interestingly enough, Mitchell was sharing his thoughts over the opening night dinner of the recent LINK trip to Detroit. The dinner speaker was Detroit’s mayor – Mike Duggan – a white businessman who was elected in a city with a black population of 80 percent.

“Race remains the elephant in the room in our city. We have got to confront that issue head on,” Mitchell continued. “In our city, the issue of race is a two-sided coin. It is focused on the importance of diversity. It’s not as much about race moving the city forward as it is about having the right kind of leadership to get things done.” 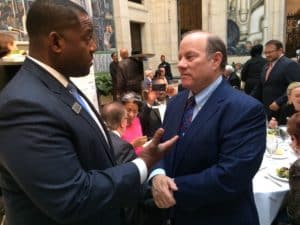 Atlanta City Councilwoman Mary Norwood, a white mayoral candidate who has a sizable lead in the polls thusfar, is concerned the campaign could become racially charged, which she believes would be unfortunate.

Norwood, who is acutely aware of being the frontrunner in the race, said she was pleased to be polling ahead “in every part of the city” and the top choice among African Americans.

“I would be very sad and disappointed if the 2017 mayoral campaign had racial overtones or became divisive in our community,” she said.

It is a delicate subject that could be a generational conversation.

The second time I interviewed Jesse Jackson was on April 30th when he was in the Old Fourth Ward to do a taping for the “Maynard Movie” – a documentary about Atlanta’s first black mayor – Maynard Jackson (no relation).

Jackson described the former mayor as “audacious, bold, visionary, articulate.” And he called Maynard Jackson the Godfather of equal opportunity and affirmative action.

“Maynard was a change agent,” said Jackson, adding that the late Atlanta mayor changed the national conversation when it came to economic integration. “We keep yielding fruit from the trees planted by Maynard Jackson.” 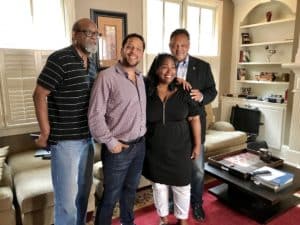 Working on the MaynardMovie: From left to right: Documentary filmmaker Sam Pollard with Maynard Jackson III and his wife and partner Wendy Jackson standing next to Jesse Jackson (Photo by Maria Saporta)

As the Chicago civil rights activist said, in Georgia there are few political options for black leaders. White Republicans hold every constitutional office in the state.

“We can at least be mayor of Atlanta,” Jackson said in the interview. “It puts blacks at some table. We have to protect the legacy. If we lose Atlanta, it’s like winner takes all.”

“Jesse Jackson is one of many people from across the entire spectrum of race, class and gender who pays very close attention to Atlanta because of our historical importance on a national and international level,” Mitchell said.

But as the Detroit LINK trip revealed, race is only a part of the conversation. Duggan, who is running for re-election, is receiving strong support from black leaders, who said they are interested in electing a mayor who will benefit the lives of African Americans in Detroit.

Perhaps City Councilman Kwanza Hall said it best last week during his comments before the Committee for a Better Atlanta.

The only remaining question is who should it be.

Note to readers: Part three in a series of columns about Atlanta’s tree canopy – when I will explore how we can preserve Atlanta’s trees – will be coming out in the next several of weeks.