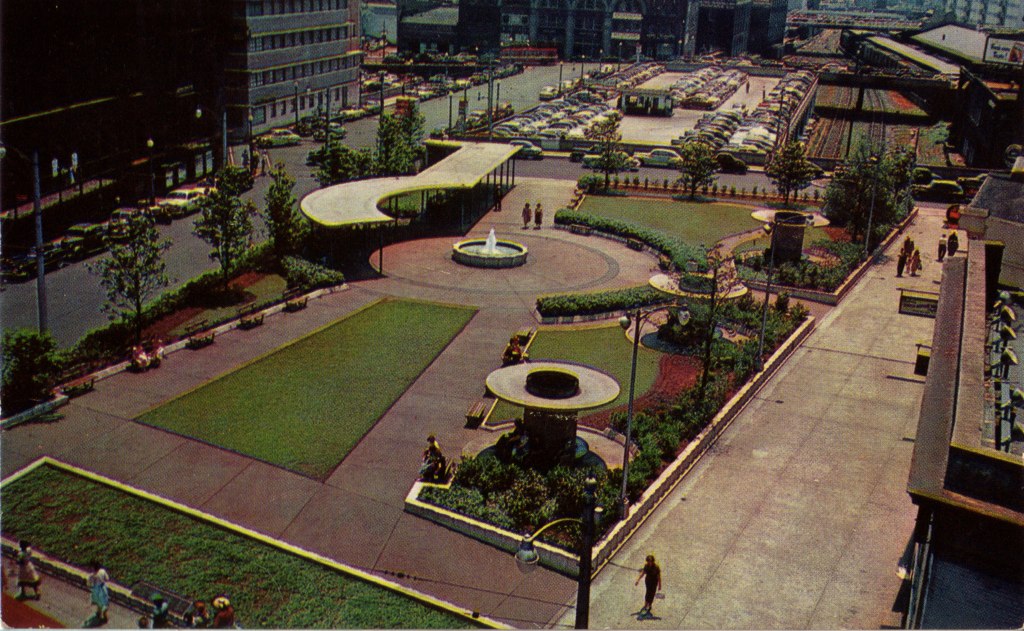 By Guest Columnist NATHAN KOSKOVICH, a registered architect in Georgia who is chairman of the Architecture and Design Center

The redevelopment of Underground Atlanta appears to be underway. WRS, the South Carolina-based firm, is in the process of purchasing the property from the City of Atlanta, and it has begun planning for its redevelopment.

Underground is an icon of Atlanta and a key component of downtown’s viability. It rests at the center of downtown at the intersection of Peachtree Street and Alabama Street. It contains the Zero Mile Post of the railroads, the place where Atlanta was born. 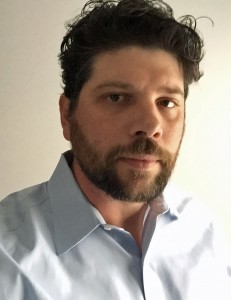 It is adjacent to the central MARTA bus and rail hub, and it is next door to Georgia State University as well as the centers for state, county and city governments. It is a true crossroads of business, government and tourism in the heart of downtown.

Underground is important in other ways. It is the next in an increasingly long line of high profile projects in the City of Atlanta that demonstrates a regional and national shift away from edge-city, car-based development in favor of central city, mixed-use development. Each one of these projects presents an opportunity to not only rehabilitate an underutilized city asset, but also to further Atlanta’s development as an international center of business and culture.

Yet our city’s record is uneven when it comes to maximizing the return on such redevelopments. Sometimes we get developments which spur economic growth and reinvestment in our communities such as the Atlanta Beltline, Ponce City Market, the West Side Provisions District, and mixed-use developments in Midtown Atlanta. 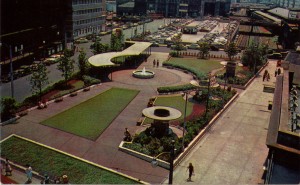 Other times we get developments that don’t connect to and complement the neighboring communities.

In this way, the redevelopment of Underground Atlanta is not only important in and of itself, but it provides an opportunity to reassess the development process in the city and the standard of design which architects, urban planners, developers, community leaders and public officials are held to 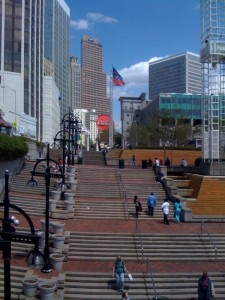 Underground Atlanta today at the location of Plaza Park

Each new development is going to impact our city. Every addition either exacerbates challenges or improves our city. It is in all of our interests to increase the percentage of the latter.

While there is a preliminary redevelopment concept proposed by developer WRS, there has not yet been a public planning and design process for this site.

Because Underground Atlanta is so important to our city’s future, the Architecture and Design Center believes that a broad range of voices must be included in its redevelopment.

Our organization believes great cities are made from great design and great design comes from an open and inclusive process. With such a process, Underground can serve as model for future developments that improve our city.

Here are a few of the general principles that should be applied to Underground Atlanta as well as to other projects. 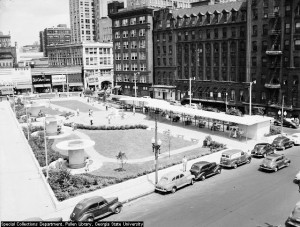 Another view of Plaza Park – site of current Underground Atlanta

Great cities use their people to build lively urban areas. They use their people to identify key local preferences and meld them with the best in time-tested design principles. That’s why the ADC supports the continued development of a robust design culture.

Our city needs to understand that design is not an extra. It is fundamental in establishing healthy, safe, sustainable and enjoyable cities. Design is best when it is part of a robust, determined, and inclusive public process. 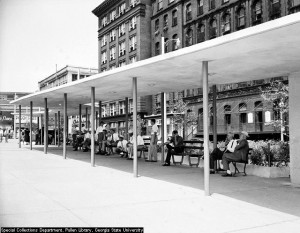 Sitting in the shade at Plaza Park

Underground is one project, one location only. But it is a key example for others.

Unlike the stadiums that have occupied the region’s attention over the last two years – a football stadium that exemplifies iconic architectural form and a baseball stadium wholly intended to be a neighborhood unto itself, Underground Atlanta is about making the best urban space that unifies downtown. 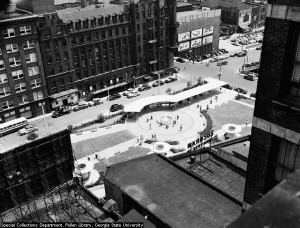 An aerial view of Plaza Park