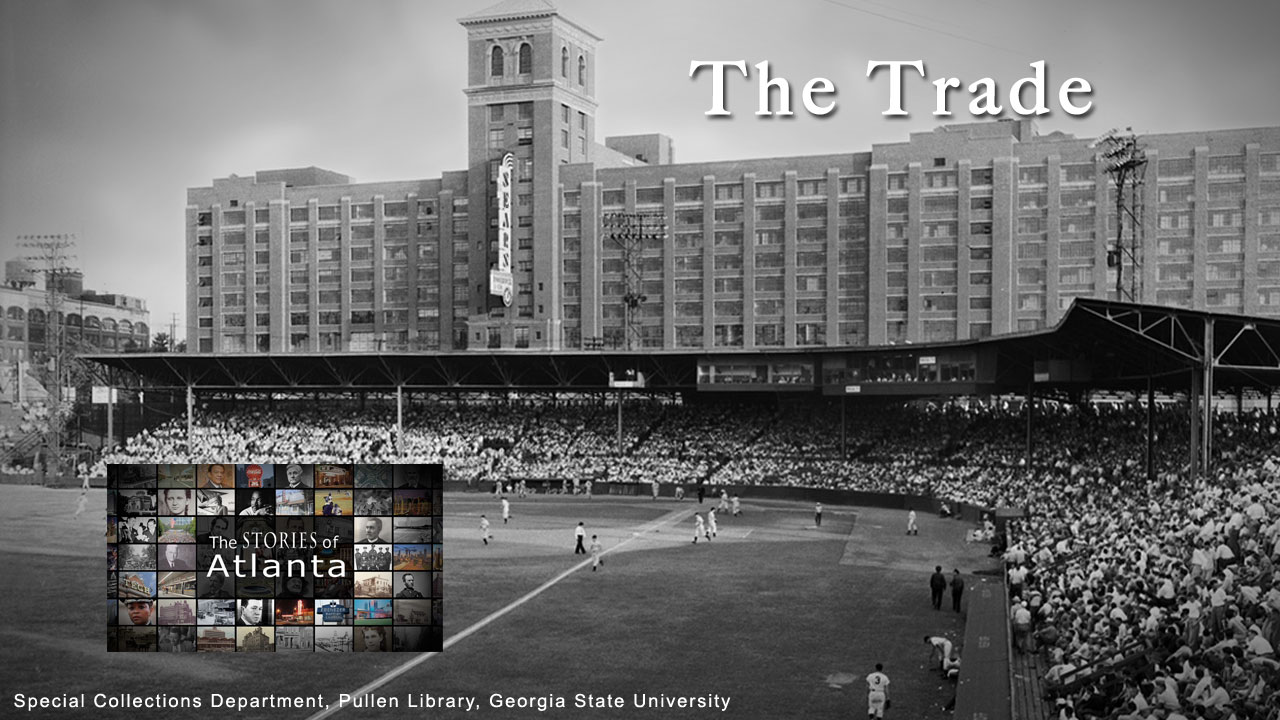 In the early 1900’s, Atlanta was home to a minor league baseball team that played at a baseball park located along Ponce de Leon Avenue. The team was named the Atlanta Crackers and the ballpark was unimaginatively named Ponce de Leon Ballpark. Locals, however, referred to it simply as Ponce Park.

The original ballpark, made entirely of wood, burned down in 1923 and a much nicer one, built from concrete and steel, took its place the next year. It was, by all accounts, a very nice ballpark with room for around 20,000 people, if one included standing room.

Without question, the most unique feature of the ballpark was the large Magnolia tree that grew in center field. According to league rules, any ball hit into the tree was considered “in play.” and, in fact, both Babe Ruth and Eddie Mathews hit home run balls into that tree.

One particular bit of City of Atlanta history became a part of baseball legend when, in 1948, the Atlanta Crackers were part of what is probably the most unusual trade in baseball history. It was a deal brokered by legendary Brooklyn Dodgers General Manager Branch Rickey and it is the subject of this week’s Stories of Atlanta.