It’s a stretch…but it does reach 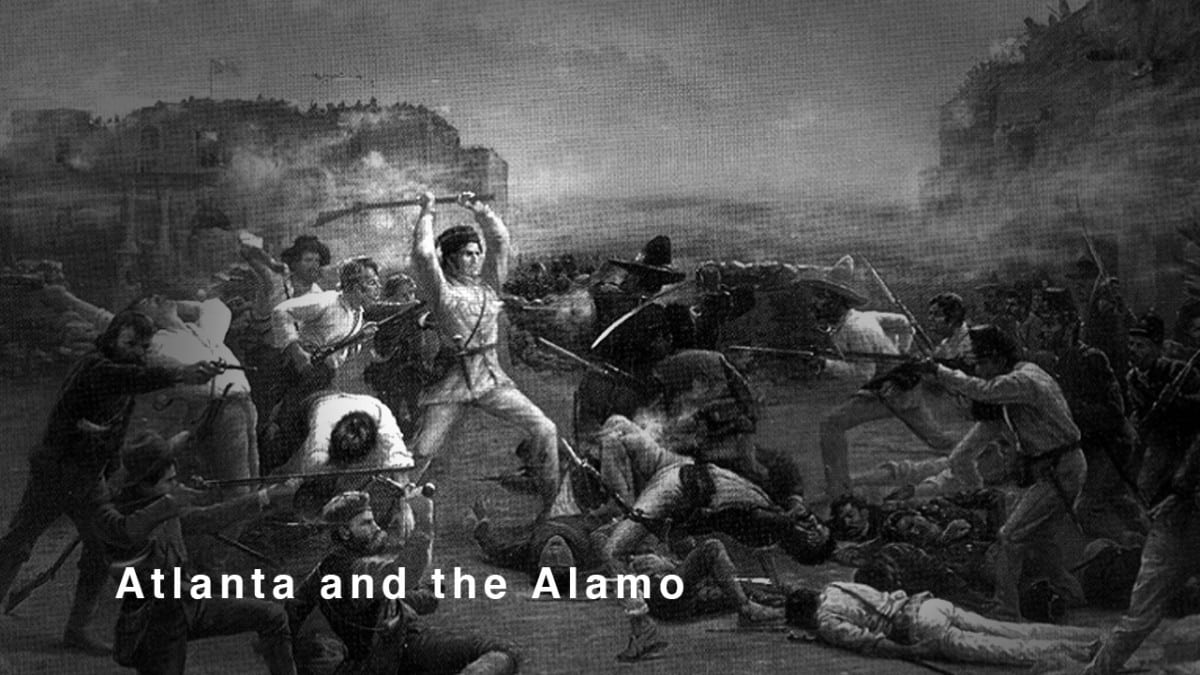 It is a safe bet to say that there were no Atlantans who fought at the Battle of the Alamo. Safe because the battle was over and done with a year before the terminus stake was ever driven into the ground. And yet…there is a connection between Atlanta and the Alamo. Not surprisingly, the connection is through Atlanta’s diminutive powerhouse of an author, Margaret Mitchell.

Though she only published one book, it was a whopper of a success. Margaret Mitchell’s Gone With the Wind was and is so popular that, in the minds of many Atlanta outsiders, it, to this day, defines Atlanta. That is when people aren’t talking about William Sherman.

It has long been speculated that Mitchell drew inspiration for many of the characters in her book from family members and friends. Her cousin ‘Doc’ Holliday was certainly a larger-than-life character but he probably wasn’t the only relative capable of inspiring a Gone Withe the Wind worthy character as you will see in this week’s Stories of Atlanta.

Previous Article
Commentary: Building material recycling center helps region
Next Article
The book festival of the Marcus Jewish Community Center has made Atlanta a great place to learn, grow, and reflect for 25 years