As Gov. Brian Kemp releases his alternative to the Affordable Care Act, signed by President Obama, the question that emerges is: 'Is this plan really better than the one it’s trying so hard to erase?' Credit: By Pete Souza - https://commons.wikimedia.org/w/index.php?curid=9821547 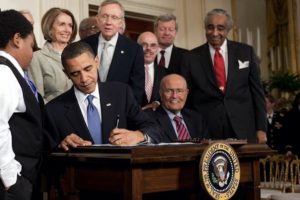