It’s time to put solar to work in Georgia

The numbers don’t lie – 2011 was a banner year for solar energy in America as consumers saw the cost of installing solar drop by 20 percent in just a single year.

There was substantial growth in all market segments –residential, commercial and utility – as well as significant geographic diversification. And as the industry continues to scale, we are seeing larger projects being added to the grid. This is a trend that will continue as more and more utilities recognize the value of incorporating solar energy into their portfolios. 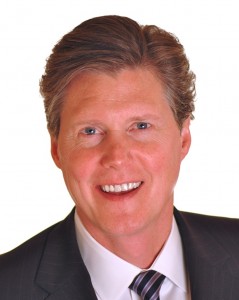 There are now more than 100,000 Americans employed at over 5,600 solar businesses in all 50 states. Many of these are small businesses that have been hit hard by the recession, but they are finding new opportunity for growth in the solar industry.

In Georgia, there are more than 80 companies in the solar value chain including Suniva, MAGE Solar, Inc. and Enfinity Corporation. I will be joining representatives of each of these fine companies – and many others – at the Southern Solar Summit on June 15 in the Georgia Tech Research Institute Conference Center in Midtown Atlanta to talk about the strides solar is making, and what remains to be done.

These companies are leading rapid innovation – across the entire value chain, from manufacturing improvements to new financing and sales mechanisms, that are allowing more and more Americans to go solar.

Looking ahead, the United States is poised for years of multi-gigawatt growth while becoming the largest market in the world for solar. The U.S. is on pace to install nearly 3,200 megawatts of new solar capacity this year with an annual growth rate of 30 percent through 2016.

At that rate, the United States would add more than 25,000 megawatts of new solar capacity between now and 2016. That is roughly the size of 25 coal-fired power plants and represents a significant opportunity for states that aggressively move to obtain a share of this exponentially growing market.

Georgia, with its prime solar resources in America’s Sunbelt, can also enjoy the benefits of a robust solar energy market. But first, policymakers here must remove artificial market barriers constructed at a different time and for a different purpose making it complicated and expensive for consumers to go solar.

In Georgia, if you are a homeowner or business that wants to install a solar system that will allow you to generate your own electricity and reduce your electric bills, odds are you can’t. If you are fortunate enough to get past these arcane, confusing state rules, you still may have to face off against your local homeowner association, which in Georgia has the right to tell you what you can or can’t put on your roof.

The truth is, in Georgia, free markets don’t exist when it comes to energy.

This is unfortunate, because the train is leaving the station. The United States will continue to be one of the hottest markets in the world for solar energy, and the states that open up their electricity markets will be best positioned to reap the thousands of new jobs and billions in economic investment from the solar industry. At this point, Georgia will not be one of them.

But things are changing and fortunately Georgians have strong advocates in the General Assembly, including Reps. Karla Drenner and Don Parsons, as well as Sens. Buddy Carter and David Shafer. These Georgia leaders from both sides of the aisle recognize that solar energy is driving job creation and economic growth as it continues to become more affordable for homeowners and businesses with every passing day.

While the legislative session has ended in Atlanta, there are still opportunities to build support for the 2013 session. As a first step, Georgia should allow homeowners, businesses, schools, churches, and government to sign power purchase agreements (PPAs), to cut their electricity bills with solar energy. Currently under dispute in Georgia, clearly authorized PPAs would introduce competition into the state’s energy market by allowing consumers to sign long-term contracts with companies that provide solar energy.

Carter championed bipartisan PPA legislation earlier this year, but unfortunately it ran into opposition that eventually killed the bill. But there is momentum.

The military has found long-term PPAs vital in its mission to generate more electricity from renewable sources. And lawmakers in Atlanta are hearing from base commanders back in their communities how important PPAs are as they look to cut energy costs and decrease our dependence on foreign sources of energy.

It is important that Georgia does not miss the opportunity it has to be a leading solar energy market in the United States. Stakeholders from across the state must come together – including everyone from the business community to the average citizen who wants the right to generate their own electricity – and tell their representatives in Atlanta that solar energy can work for Georgia, as it does for America, if they make the state’s electricity market a little more free.

Resch will be the morning keynote speaker at the Southern Solar Summit, which is open to the public. For more information and reservations, visit www.gasolar.org.