A view of Ponce City Market. (Photo by Kelly Jordan.)

Jamestown is proceeding with its plans to expand Ponce City Market, and it is modifying its request for tax incentives from the Fulton County Development Authority.

Later this month, Jamestown will present a revised proposal – seeking $5.4 million in incentives to complete the project with community benefits included in the earlier request.

The plan for the $175 million expansion has been split up into two separate projects. There’s Parcel F – a multifamily tower with 163 residential units and 26,000 square feet of retail that will be built along the Atlanta BeltLine.

Jamestown has removed this project from the proposal that will go before the Fulton County Development Authority, and it expects to start construction on Parcel F within the next few weeks. 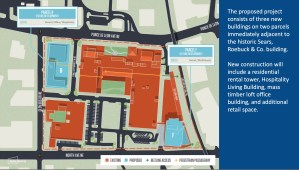 The second phase of the expansion plan is Parcel B, composed of two buildings constructed just west of Ponce City Market lot at the corner of Ponce de Leon Avenue and Glen Iris Drive on a site that is now a surface parking lot.

One building will be a four-story 90,000-square-foot timber loft office building with 2,600-square-feet of retail space on the ground floor.

The second building will be a “hospitality living” tower with 405 units and 11,000-square-feet of retail. Hospitality living is a cross between a boutique hotel and an extended-stay motel with traditional long term housing options as well. Those buildings will be built on top of underground parking.

“We are incredibly proud of Ponce City Market on multiple levels,” said Matt Bronfman, Jamestown’s CEO said during a Zoom call. “We have been a community center, a hub of innovation. We’ve generated more than a billion dollars for the City of Atlanta and Fulton County. We have brought jobs to the Beltline. As civic-minded business people, we’re incredibly proud of what we’ve done.” 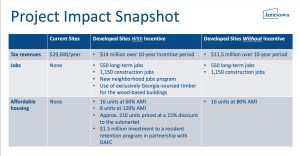 Jamestown outlines what it will develop – with or without the $5.4 million in tax incentives. (Special: Jamestown.)

A common question when developers seek tax incentives is whether they would build the project either way, so the incentives are not needed.

Bronfman answered that the project will be built either way, but the difference will be “what” is built.

The tax incentives will permit Jamestown to offer deeper affordability of housing units as part of the expansion. Of the 163 units in Parcel F, 16 units will rent for 60 percent of Area Median Income (AMI) and another eight will be offered at 120 percent of AMI.

Other features to be included with the incentives are that 210 of the 400 units in the hospitality living tower will be priced at a 15 percent discount of what is available in the area. Jamestown also will invest $1.5 million in a resident retention program over the next 10 to 15 years in partnership with the Fulton County Development Authority.

“We’re doing all these things above and beyond what is required because we see ourselves as part of the community,” Bronfman said. “So. it’s not simply a question of whether we would have built the project. It’s the ‘what’ we’re doing that I think is so impactful.” 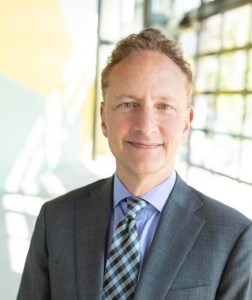 Bronfman said Jamestown’s roots are in Atlanta, even though they have invested in historic properties or unique developments all over the country.

Jamestown bought Chelsea Market in 2002 next to the High Line abandoned rail corridor in New York City. After seeing the success of Chelsea Market, Jamestown approached the City of Atlanta, which owned the former Sears & Roebuck regional distribution center, with an offer to buy the property. Ponce City Market opened in 2013, attracting some of the highest office rents in the city.

“Atlanta has always been this city of glass towers, on or near Peachtree Street, and shopping malls,” Bronfman said. “We saw an opportunity to do something unique, something more special. We’ve used the terms – surprise and delight.”

Although the COVID pandemic has altered office environments, Bronfman is convinced people will return to going to the office if they have a special place to go to.

“You’ve got to give them a reason to get out of their pajamas,” Bronfman said. “I still believe in the office environment, the collaboration, the mentorship. I believe in the serendipitous encounters in the lunchroom.”

But Bronfman added that because of the pandemic, there is the “democratization of flexibility.” People now have more flexibility to balance work and life demands without being viewed negatively by coworkers. He envisions a more hybrid work environment with people splitting time working at home and in the office.

About the revised application to the Fulton County Development Authority, Bronfman said there has been conversation ever since Jamestown pulled its earlier proposal.

“They have been very good to work with, and we hope to bring resolution here in February,” he said. “We have taken their feedback into account, and I’m hopeful we’re able to move forward with them.” 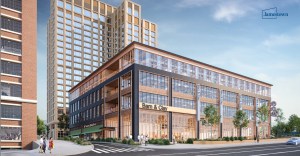 Either way, Bronfman said Jamestown intends to break ground on the Parcel B development in the second quarter of this year.

“This may make me unpopular in the real estate community, I support inclusionary zoning,” said Bronfman, who added he would love to help Atlanta develop more affordable housing. “I think Atlanta actually is uniquely positioned to address a lot of these issues because it owns a lot of real estate.”

Between land owned by the city, Invest Atlanta and the Atlanta Housing Authority, Bronfman said we have an opportunity to address the lack of affordable housing. 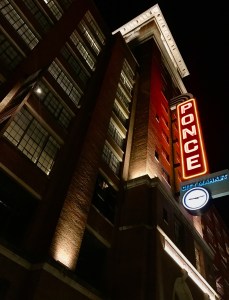 “What the city needs to do is figure out is how to put that real estate into play,” said Bronfman, who expressed a willingness to help the city come up with solutions, such as entering into long term ground leases with developers so city leaders can play a major role in what gets built.

Once these two parcels are built out a Ponce City Market, Bronfman said there will be a couple of limited opportunities to expand the development in the future. He is especially proud that 20 percent of the people who work at Ponce City Market choose alternative ways to get to work – be it walking, cycling or scootering along the BeltLine. Bronfman has been told that Ponce City Market is the second most popular Uber destination after Hartsfield-Jackson International Airport.

“Ponce is really a labor of love,” Bronfman said. “We are always looking in the food hall on how can  we surprise and delight the visitor… Ponce is always going to require us to think what’s next, what would people find interesting. So, for better and worse, I think for better, Ponce is never done. There’s always more work to do at Ponce.”