‘Jane Got a Gun’ makes you grateful it isn’t worse 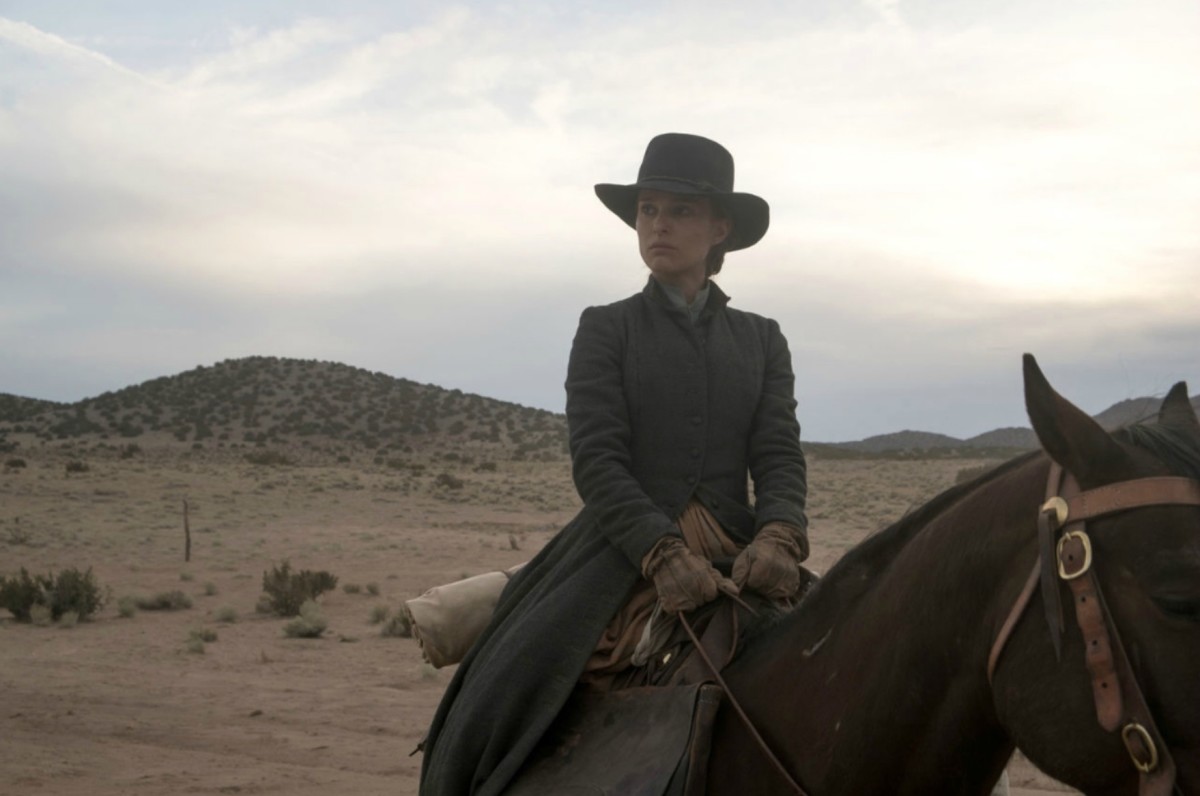 A not-so-funny thing happened to “Jane Got A Gun” on the way to theaters. 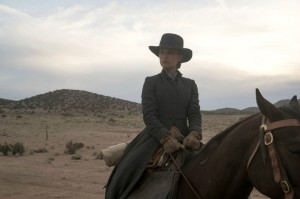 Natalie Portman does a fine job portraying a frontierswoman. But ‘Jane Got a Gun’ is less than satisfying. Credit: geeknation.com

While Oscar winner Natalie Portman (“Black Swan”) remained steadfast as the producer/star, the picture went through directors and co-stars like – well, to paraphrase George C. Scott’s immortal opening speech in “Patton” – like “sh**t through a goose.”

The original director decided not to show up on the first day of shooting. One co-star after another dropped out (among them, Jude Law, Bradley Cooper and Michael Fassbender). By the time the picture was finally finished, the company distributing it had gone under. Though completed in 2013, the release was pushed back to 2015. And even then, Fate wasn’t finished. The date picked for the Paris premier was the same day as the terrorist massacres in the City of Light.

So perhaps it’s no wonder that this unpretentious – and, I’m afraid, unsatisfying – little Western has limped into theaters so unheralded.

Portman is the titular Jane, a hardscrabble frontier woman living with her young daughter in the middle of Nowhere, New Mexico in 1871 (technically, it’s the New Mexico Territory since statehood is still a ways off). Looking out on the lone prairie that surrounds her tiny homestead, she sees her husband  (Noah Emmerich) riding unsteadily for the front door. He barely makes it. Seems he’s had a run-in with the dastardly Bishop Boys with whom, it turns out, Jane has “history.”

She may not be Calamity Jane, but she knows when calamity is headed her way.  In short order, Jane puts the bullet-riddled Bill to bed, parks their little girl at a neighbor’s (“neighbor” being a relative term; the family next door could be 10 miles away) and puts her mind to beating those Bishops at their own bloody game.

Especially their double-dastardly leader, played by an almost unrecognizable Ewan McGregor. He especially has history with Jane. 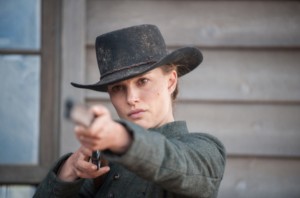 ‘Jane Got a Gun’ basically concludes with a big gun fight. Credit: thefilmstage.com

Said “history” is imparted in a series of confusing flashbacks which mostly tell us that Jane had another daughter, that she was, well, ill-used in the way attractive (or even unattractive) women were on the frontier and that she was once in love with another guy.

Now that push has come to shove – the Bishops are coming and Jane ain’t going without a fight – our heroine seeks out that former beau (Joel Edgerton) for help.

He reluctantly agrees.  They do some creative re-purposing of canned goods (among other things).  A major gunfight ensues. And that’s pretty much the movie.

Maybe it’s the shadow of the picture’s star-crossed backstory, but almost everything about “Jane” feels vague and at loose ends. Portman makes a fine self-reliant woman (she was even finer as a Civil War widow in “Cold Mountain.”). Edgerton is fine, too. So is McEwan (Movie Buff Note: they were all in the reviled second “Star Wars” trilogy, but this movie has so been so left out on its own that not even the Blog Boys are writing about it.)

Whatever the reason, the picture has no pull, no personality. That lack is all the more annoying given the talented cast. I remember thinking something of the same thing about “The Missing,” another  “good-enough, but…” Western with Tommy Lee Jones and Cate Blanchett.

Still, as long as Tommy Lee is on the table … sometimes shunned films like this can be welcome surprises. I’m thinking of last year’s hugely under-seen and underappreciated “The Homesman,” with Lee and Hilary Swank.

Alas, that’s not the case here. “Jane Got a Gun” just leaves you wondering, “Why isn’t it better?” And perhaps, even, ever so slightly grateful that it isn’t worse.