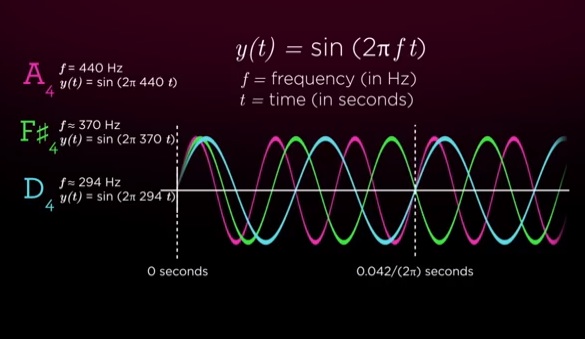 Even Beethoven and Jay-Z may be impressed by a Georgia Tech program that just won another federal grant to expand a program that teaches computer science through music. 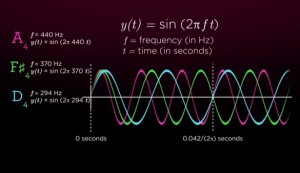 The idea is to intrigue high school students who haven’t shown much interest in computer science by showing its application in music and the recording industry. Minorities and women are a primary focus.

Tech announced Thursday it had won a $3 million grant from the National Science Foundation to further the work of EarSketch. The award extends a $2 million grant NSF awarded EarSketch in 2011.

Computer science is the study of algorithms to determine the computations that can be automated to solve problems quickly. As such, computer science is a foremost field in the 21st century, and there’s a shortage of youngsters entering the field – particularly women and minorities.

EarSketch is another approach to engaging youngsters by showing how music from all types of composers – masters from Beethoven to Jay-Z – can be reshaped through computer codes. Students will learn how to remix “samples, beats and loops created by industry veterans to create their own musical tracks,” according to Tech’s statement. 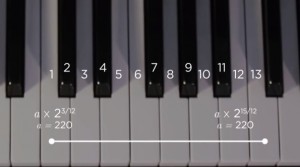 Keys on a board create sounds that can be translated as mathematical equations. Credit: edted.com

EarSketch addresses a problem revealed by Tech researchers, who have found that white males tends to get interested in computer science when they realize that it powers the computer games they enjoy playing. Other groups of students aren’t so interested in gaming, according to Brian Magerko, an assistant professor of digital media.

Magerko explained EarSketch this way in 2011:

An estimated 24,000 students already have taken the EarSketch course through a MOOC, a massive open online course. The class was taught in 2013 by Jason Freeman, the associate professor in Tech’s School of Music who’s the principal investigator on the NSF grant. The class will be offered again this fall, from Oct. 6 through Nov. 17.

The EarSketch approach is a riff on the concept some high school teachers used years ago to drum up interest in math and music. These teachers cross-pollinated the subjects by showing that music can be represented in a series of mathematical equations.

Magerko addressed this aspect of engaging students in math through EarSketch in a comment included in the statement Tech released Thursday:

The statement Tech released suggests that a certain vocabulary is required to even talk about what the students will be learning: