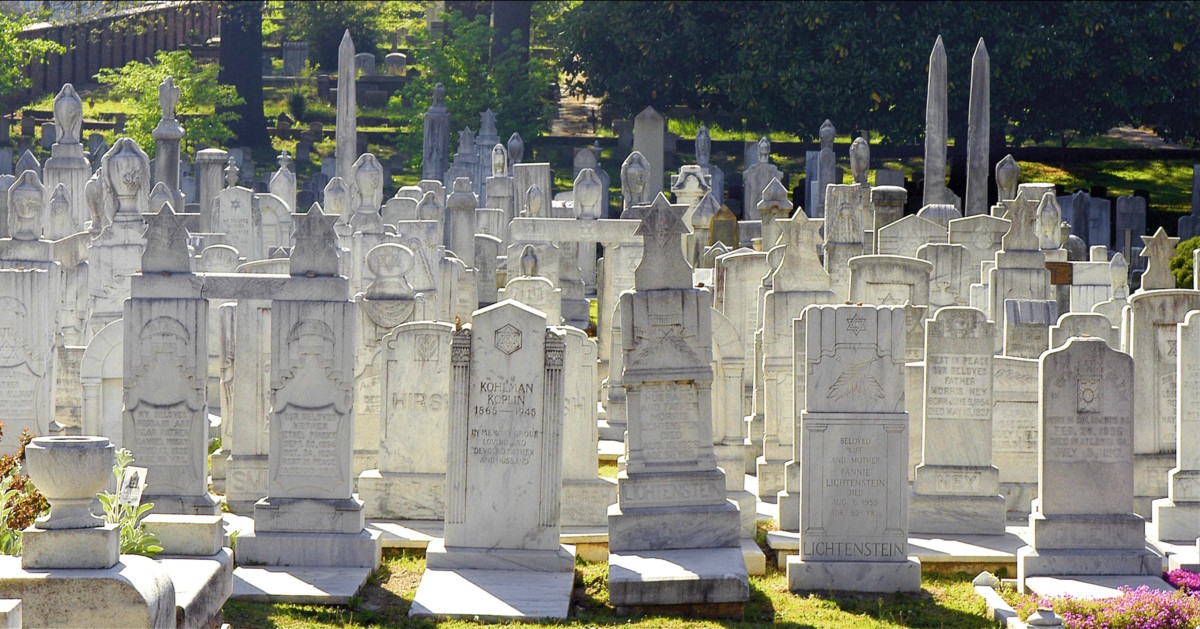 The Jewish Ahaveth Achim section of the Oakland Cemetery is to be restored thanks to a seed grant from The Rich Foundation. Credit: Dinny Addison via Oakland Historic Foundation
Share40
Tweet
Share2
Pin
Pocket
WhatsApp
Buffer
Email
Reddit
42 Shares

A $300,000 grant from The Rich Foundation to Historic Oakland Foundation will cover two-thirds of the projected cost of restoring the Jewish section of Oakland Cemetery, Atlanta’s oldest municipal burial ground. 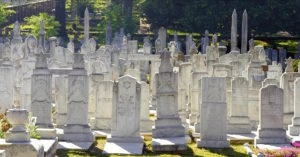 “The trustees of the Rich Foundation believe the restoration of Oakland Cemetery’s Jewish Hill is significant because those interred in the area played an important role in Atlanta’s early history,” Tom Asher, president of The Rich Foundation, said in a statement issued by HOF.

The Jewish section is one of the oldest in Oakland. The cemetery was founded in 1850 and, in the 1870s, the Hebrew Benevolent Congregation acquired a total of three acres in Oakland, according to HOF.

The congregation acquired two distinct parcels: The 1.5-acre Jewish Flats area, and the 1.5-acre Jewish Hill area. Both were acquired after the Old Jewish Burial Grounds were filled in the cemetery’s Original Six acres, according to HOF.

Oakland’s Jewish burial grounds are the second oldest in the state. The oldest are located in Savannah’s Bonaventure Cemetery.

According to HOF, prominent Jewish Atlantans buried in Oakland Cemetery’s Jewish Hill include: Members of the Rich family, who founded Rich’s Department Store; Dr. Joseph Jacobs, owner of the pharmacy that served the first Coca-Cola beverage; Jacob Elsas, owner of the Fulton Bag & Cotton Mill; and members of the Montag, Selig, Massell, Haas, and Guthman families.

Oakland plans to complete the restoration of the Jewish section within three years. The scope of work includes hardscape, restoration, and the addition of interpretive components.

The grant from The Rich Foundation is to be paid in three annual installments. The remainder of the projected $450,000 total restoration cost is to be raised from public and private donors, according to HOF. 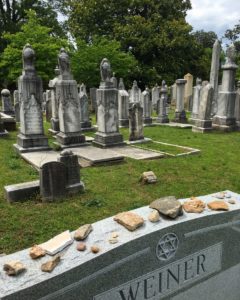 The Jewish Flats at Oakland Cemetery are to be restored with a grant from The Rich Foundation. Credit: Historic Oakland Foundation

“We are so grateful to The Rich Foundation for believing in our mission to preserve, restore, enhance, and share this important part of Atlanta’s legacy,” David Moore, executive director of HOF, said in the statement. “Our restoration work in the Jewish grounds ensures that this history remains intact for generations to come.”

The Rich Foundation has previously provided Oakland with a total of $115,000 to improve the Jewish sector. The money was used to complete projects such as leveling marble coping and headstones; repairing broken monuments and brick walkways; and cleaning masonry.

Rich’s Department Store faded from sight after it merged in 2003 with the New York department store, Macy’s. But for the preceding 136 years, since its founding in 1867, Rich’s was a mainstay in the world of Atlanta shopping, according to a report in the New Georgia Encyclopedia.

The Rich Foundation remains an Atlanta-based non-profit that was established in 1943. Its primary focus has been in the fields of health and education, with an emphasis on early learning and programs that help people with intellectual/developmental disabilities, according to the HOF statement.

The restoration of the Jewish section fits well into Oakland’s overall restoration efforts.

The foundation previously has restored mausoleums that were decaying.