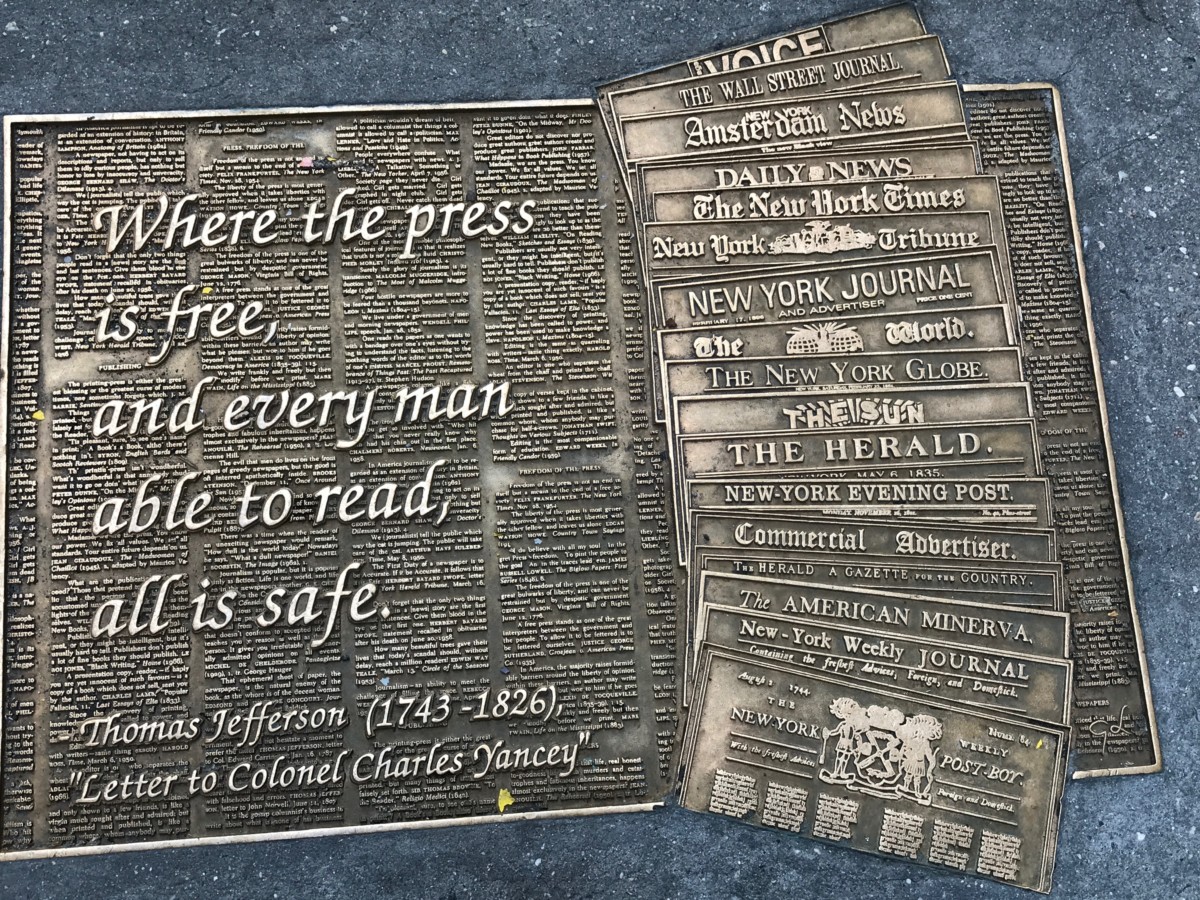 A plaque embedded on a New York City sidewalk. It is a quote by Thomas Jefferson that reads: "Where the press is free, and every man able to read, all is safe" (Photo by Maria Saporta)

It’s no accident that the First Amendment of our nation’s Bill of Rights protected the freedom of the press and the freedom of speech. It is fundamental to our democracy and to what makes the United States special.

So it is distressing to hear President Donald Trump call the press the “enemy of the people” when the reverse is actually true.

Not surprisingly, as a full-time journalist for the past 38-plus years, I am a strong believer in the freedom of the press. 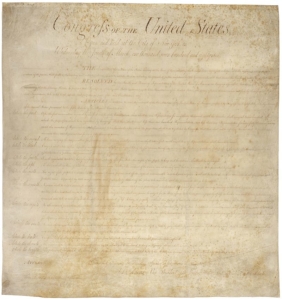 A copy of the Bill of Rights (Wikipedia)

I have served on the board of the Atlanta Press Club for three decades because of the organization’s dedication to  our profession and to the role journalists play in our communities – locally, regionally and nationally.

And while hearing the president’s words sound like nails on chalkboard, my concern goes even deeper.

We are at a fragile time for journalism in our country. Because of economic pressures combined with shifts in readership and viewership, many traditional news organizations are vulnerable – having to cut their staff and resources.

The financial model for journalism is in a state of transition, and the casualty of that shift is having fewer trained journalists on hand to report news and inform readers and viewers of what’s going on in our society.

We have seen the demise of so many publications in recent years.

Creative Loafing is a shadow of its former self (please read Thomas Wheatley’s retrospective in Atlanta Magazine). Cox Enterprises has announced that it is exploring a possible sale of all its television stations, including Atlanta’s own WSB-TV. What is less clear is the impact such a sale would have on WSB Radio and the Atlanta Journal-Constitution.

Cox had combined all its news and entertainment properties into the Cox Media Group – integrating all its different distribution channels as a way of making better use of the dwindling resources. At one time, the AJC had an editorial team of about 500 journalists. Last time I checked, that number is now closer to 150. 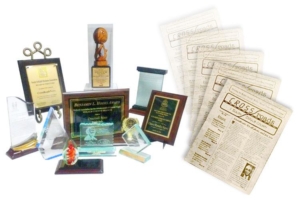 Graphic that appeared with the story in CrossRoadsNews announcing it would no longer have a print edition (Special: CrossRoadsNews)

And just last Friday, CrossRoadsNews, a relatively small community newspaper serving DeKalb County, announced that its most recent issue would be its last edition in print.

“It was a good run, but our time is up,” read the headline on the story by Jennifer Parker, CrossRoads’ editor and publisher. She wrote the story as a letter to readers, saying they had reached their own crossroads.

“The bottom line is that even though we have more readers today than ever, in print and online, we have not been able to generate enough revenues to make ends meet,” Parker wrote.

She went on to say: “We are not alone in this new reality. All around us, newspapers are folding because they are no longer commercially viable in the age of the internet and tariffs.”

Parker ended her letter to readers by saying: “We don’t know what the future holds, but we know that no business can stay in business if it is not making money. Neither can we.” 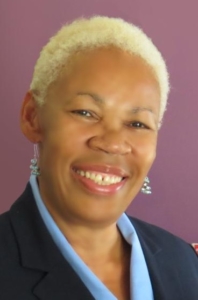 Not only is the press being attacked by the highest office in the land. But the very industry is under attack because of changing market forces.

For years now, I have half-jokingly said I want to start a nonprofit called: “Save Our Endangered Journalists.” I have worried about what our society will be like with fewer journalists practicing their craft for the benefit of society.

Many of my former AJC colleagues have moved on to other professions – many in academia, many in public relations and some have simply retired.

Fortunately, I have been able to invite several journalists to be part of SaportaReport, which surprisingly has been in business nearly a decade (we launched in February, 2009).

While I’m able to pay most of our contributors, I will be the first to admit that I’m only paying them a fraction of what they’re worth. We are exploring ways to make SaportaReport sustainable, and we are so appreciative to our Thought Leaders, Friends of SaportaReport, our advertisers and corporate sponsors for their support in helping us stay in business – even growing – when most other media outlets are shrinking.

On that note, I’m so pleased to announce two new contributors to our team – Sonam Vashi and King Williams. They are joining our team to help us spotlight the issue of housing affordability and equity in the Atlanta region. Please stay tuned.

While I am delighted we are still in business – and showing no signs of fading from the scene – I worry deeply about our profession and the void being created by having fewer working journalists. 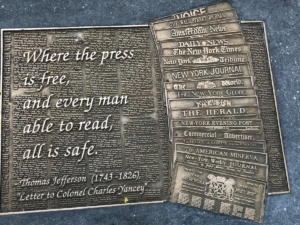 A plaque embedded on a New York City sidewalk. It is a quote by Thomas Jefferson that reads: “Where the press is free, and every man able to read, all is safe” (Photo by Maria Saporta)

Where there is a void, something usually fills that void. We hope to be a constructive force in helping fill that void.

In the meantime, I wanted to join the hundreds of media outlets that have had editorials in the past week defending the rights of a free press. If we don’t stand up for a free press, who will?

My journalism mantra comes from the Greek word for journalist. The word is – dimosiografos. Dimo stands for people (think democracy) and grafos stands for writer. Journalists in Greece are referred to as “writers for the people.”

As I see it, journalists are the exact opposite of enemies of the people. We are writers for the people.

Thank you for letting us write for you.

The First Amendment of Bill of Rights:

Congress shall make no law respecting an establishment of religion, or prohibiting the free exercise thereof; or abridging the freedom of speech, or of the press; or the right of the people peaceably to assemble, and to petition the Government for a redress of grievances.

Previous Article
Centennial Grant Update: The Institute on Healthcare and Human Trafficking
Next Article
Beyond the End of the Road: Providing Health Services To Marginalized Rural Populations

Children’s book demonstrates how cultures can come together through food