The Atlanta City Council will honor a civil rights leader of the past and an academician for the future at an April 15 reception at Atlanta City Hall.

Juanita Jones Abernathy marched with Martin Luther King Jr. and has continued her work in the human rights and corporate arenas. John S. Wilson is the 11th president of Morehouse College, King’s alma mater, taking the helm in a transitional era for the country’s institutions of higher learning.

The reception is slated from noon to 1 p.m., in advance of a council meeting at which the council is expected to catch its breath after its March 18 approval of public financing for the Falcons Stadium.

The recognitions are part of this council’s pattern of paying tribute to the leaders who have shaped Atlanta’s progress onto the global stage.

Other recent honorees include John Portman, architect; Xerona Clayton and the Rev. James Orange, civil rights leaders; and the entire neighborhood around King’s former home, which is now the Sunset Avenue Historic District. 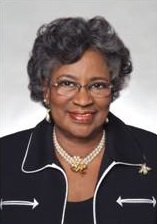 Abernathy is the widow of Ralph David Abernathy, King’s close associate who helped craft the non-violent movement that led to the adoption of the Civil Rights Act of 1964 and the Voting Rights Act of 1965. The Abernathy home was bombed in 1957, as the civil rights leaders were forming the Southern Christian Leadership Council.

Abernathy went on to become a senior sales director in Mary Kay Cosmetics, while she continued her volunteer work on various boards – including MARTA and the Morehouse School of Religion.

Historians continue to examine the role of women during the civil rights movement. This is what Abernathy had to say in a 1988 interview for “Eyes on the Prize II:” 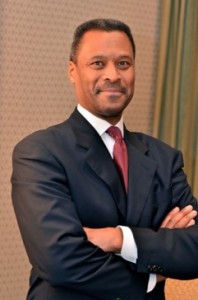 Wilson, a 1979 Morehouse graduate, came to Morehouse from the White House, where he served as President Obama’s executive director of the Initiative on Historically Black Colleges and Universities. In that capacity, he worked to secure funding for the nation’s 105 HBCUs from the federal government, as well as the corporate and philanthropic sectors.

Morehouse faces funding challenges, having had its credit rating cut this year by Moody’s to just three notches above speculative grade. Moody’s report states that the Baa1 rating, with a negative outlook, is based on, “the college’s inability to achieve its targeted enrollment for fall 2012, further declines in financial resources and liquidity, thin unrestricted liquidity, negative operating margins, and weak cash flow and debt service coverage.”

Moody’s has a grim outlook for the entire higher ed sector, according to a negative outlook released in January.

“If we want to be best in class, we need a better foundation for this institution in order to better educate these young men in a competitive way. The financial footing is just a platform to reach the goal. This is an institution that helped to fundamentally shape Martin Luther King Jr. in 1948. I have a dream for Morehouse that we will be strengthened enough under my presidency to create a Martin Luther King Jr. of biology, chemistry and in every field — students who will go into their respective fields and change the world.”

Morehouse, Spelman react to the reinstatement of two APD officers that tased students
The Power of “We” – The Atlanta University Consortium (AUC)