Kasim Reed: Atlanta Streetcar’s fare to be free through 2015 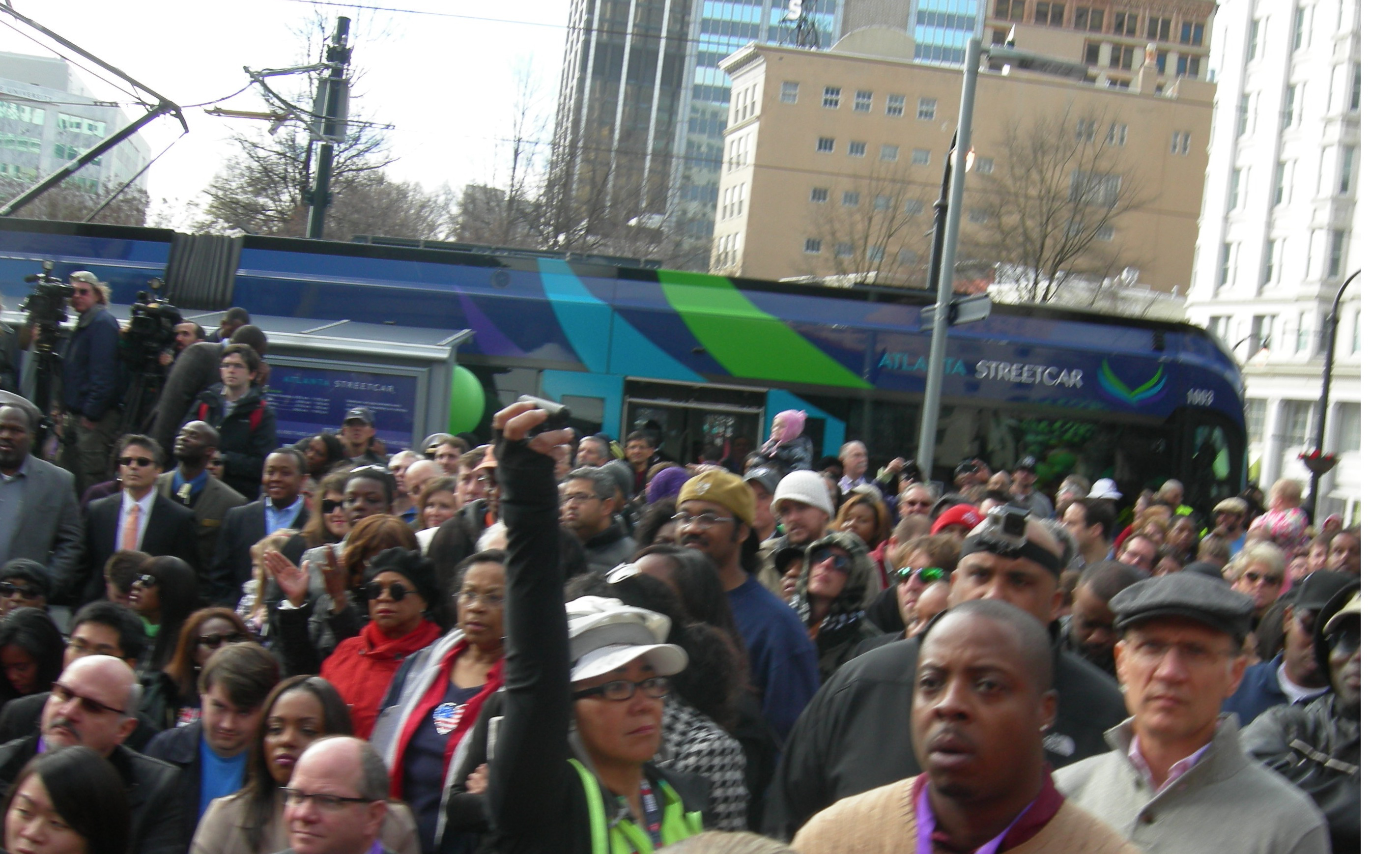 The Atlanta Streetcar will continue its free fares through the end of the year, Atlanta Mayor Kasim Reed announced at the annual breakfast meeting of Central Atlanta Progress.

The mayor, however, explained that he had a change of heart when he started learning about all the different technologies that could be available for fare collection on the streetcar. 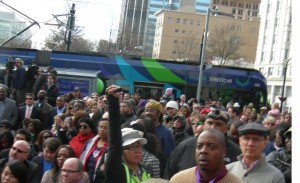 He has just returned from a trip to Israel where he learned about some of those technologies, and he thought it would be better to take the next several months to really study what system would work best for Atlanta “rather than force a solution.”

Reed also said that the Atlanta Streetcar is on track to meet its 2015 budget without having to rely on the estimated $300,000 in revenue from the fares.

“We should let the Atlanta Streetcar become a habit,” Reed said in an interview after the CAP annual meeting. “I’m confident we can have an app that can work better than the Breeze card.”

Reed also said the Atlanta Streetcar has had more than 100,000 riders since its inception, adding that he has been pleased with how well it has been received.

But the most important element, he said, has been the investment that has taken place along the streetcar corridor since it was announced in 2010.

There has been $560 million in new investment along the streetcar corridor since 2010, and there is another $280 million in investment underway in 2015 for a total of $840 million in five years.

“That’s the argument we’ve been making all along,” Reed said. “I feel really good about it.”

The next step is to extend the Atlanta Streetcar a quarter mile so it will connect to the Eastside segment of the Atlanta BeltLine. The mayor said he has been working with federal officials to get funding for that extension.

“First I need to get a real estimate I can stand behind,” Reed said, adding that he now has “tunnel-vision” on getting that extension built and being able to secure federal funding for the BeltLine connection.

Previous Article
CARE CEO Helene Gayle is leaving Atlanta but leaving an impact
Next Article
Ronald A. Johnson of Texas Southern University to be new president of Clark Atlanta