Keeping transit on track should be a priority for Atlanta BeltLine 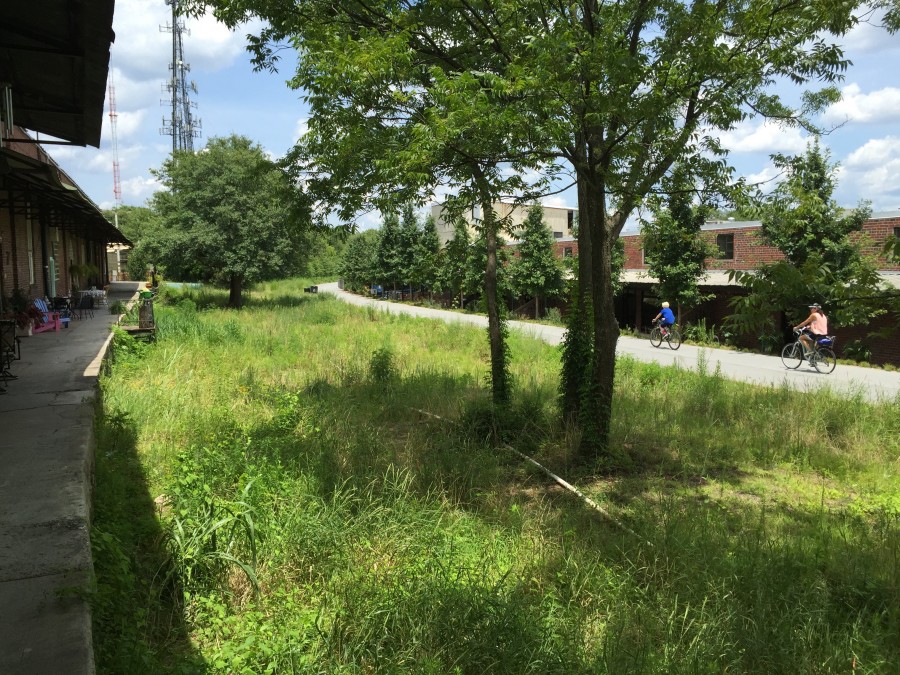 By Guest Columnist RYAN GRAVEL, founder of Sixpitch who wrote the original thesis behind the Atlanta Beltline

The success of the Atlanta Beltline is astonishing, even to me. Don’t get me wrong, I’m not surprised that it’s working – it’s doing everything we always said it would do.

I’m more surprised that we’re actually building it, and not only on the east side of town. Yet as exciting as it is to see ephemeral ideas finally being cast in trees and concrete, it matters, of course, how it gets done. Every half mile is the culmination of hundreds of dreams and decisions that hopefully reflect the vision that we’ve been working toward for so long. 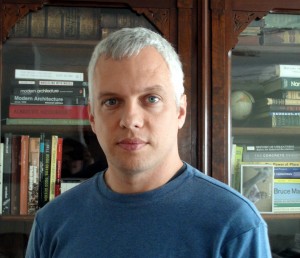 So as we revel in the Eastside Trail’s early success and the delight that it brings to our lives, it’s important that we not lose sight of how far we still have to go, and how badly things could go wrong. I say that, I guess, because I’ve seen too much drama on this 16 year journey. I can’t possibly forget that even with the wind at our backs, we have to stay vigilant to ensure we achieve our larger goals.

I’ve been thinking about transit a lot lately. Along with affordability and other challenges for the Atlanta Beltline’s equitable impact, transit is one of the most critical aspects of the project that will determine our ultimate success.

As we celebrate the first segments of our extraordinary trail, we have to make sure that transit is not watered down just because it is expensive and hard. Transit – along its continuous and traffic-free loop – is critical not only because it is at the core of what we promised to deliver, but more importantly, because it is required for the rest of our vision to work.

Transit was an urgent and driving force of our early momentum. With rapid development suddenly transforming the city’s industrial belt in the early 2000s, neighborhood-oriented transit proposed a relief valve for that growth. 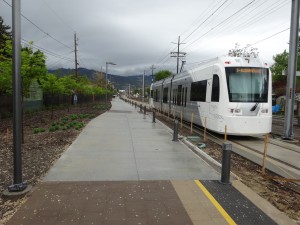 It would help us maintain our quality-of-life in the face of new traffic and density, much of which was coming to intown neighborhoods whether we built the Atlanta Beltline or not. Real transit – unstuck from car traffic on corridors like Memorial Drive and Marietta Boulevard – would allow the city to grow in a more measured and sustainable way, and allow its inhabitants to remain mobile within a context of increasingly-clogged city streets.

A few weeks ago, as I was digging through a decade and a half of Atlanta Beltline memories, I came across a digital reminder of the urgency for transit that drove our early momentum. In 2003, VanDerKloot Film Studios produced a 7-minute promotional video to support our early efforts.

They did it for free because like so many people, Bill VanDerKloot fell in love with the vision and wanted to see it come to life. It includes Cathy Woolard, Mayor Franklin, the late Kim King, other developers, community leaders, and Jane Fonda – who contributed her voice to the video’s narration. 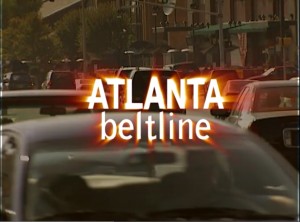 I was honestly surprised when I watched it – partly by the advances in video technology that have been made since that time, partly by how utterly unrecognizable I am at exactly one minute into the video, but mostly by its unrestrained and urgent attention to transit.

Today, with the sunny success of the Eastside Trail, the urgency for transit somehow seems blunted. I’ve even heard whispers that maybe transit isn’t necessary – that if we just widened the trail, surely that would be good enough.

My first response to such a suggestion is that the promise of the Atlanta Beltline was that it would be available and useful to everyone. Walking, biking, and other varieties of people-powered mobility are wonderful, healthy, and sustainable forms of transportation, but they don’t work for everyone at every time of day or in every season.

Basically, we need to make sure that everyone can benefit. 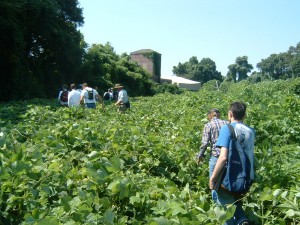 The second response is a reminder of how much things have changed already and how much more change is coming. Like it or not, our city is poised for tremendous growth and there is still plenty of land for it, even along the booming Eastside Trail.

Meanwhile, traffic from beyond our borders into downtown and midtown will overwhelm whatever traffic is generated by local development. Our city in the future will be a very different place, and while these changes may stem partly from the Atlanta Beltline, they more accurately reflect a much larger cultural momentum that is fundamentally changing life all over metropolitan Atlanta and across the entire nation.

So if we act urgently on an aspirational and positive view of our future, we can leverage this change to our advantage and the Atlanta Beltline can actually accomplish the goals that brought it to life. We can manage the growth we see coming by extending the reach of MARTA’s rail network and expanding opportunities to live with less dependency on cars. We can protect and even enhance our quality-of-life – our economy, culture, and social life – even as the city accommodates more people, business, and traffic. 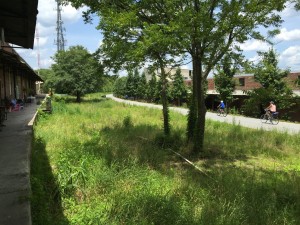 This goal requires us to not only build transit on the Atlanta Beltline, but to do it soon and correctly. Only transit unstuck from traffic within a dedicated right-of-way can reliably provide the kind of service we need, and we can’t assume that that’s going to happen just because it is how our vision was always described. To make sure we get what we want, we have to participate in its advancement and make sure that project leadership has the resources required to implement with the quality and timeframe we need.

So as we celebrate our early successes – the construction of trails and parks, the realization of a new intown economy, and community revitalization – let’s not lose sight of the fact that our ultimate goal is to improve our lives in the long run.

To do that, we need much more than what we see today. The accomplishment of such a compelling, impactful, and necessary vision will require revived urgency for investments like transit, so that we can manage the change we see coming and ensure it delivers a city we still want to live in.

Note: Please click on this link for updates on Atlanta Beltline transit.