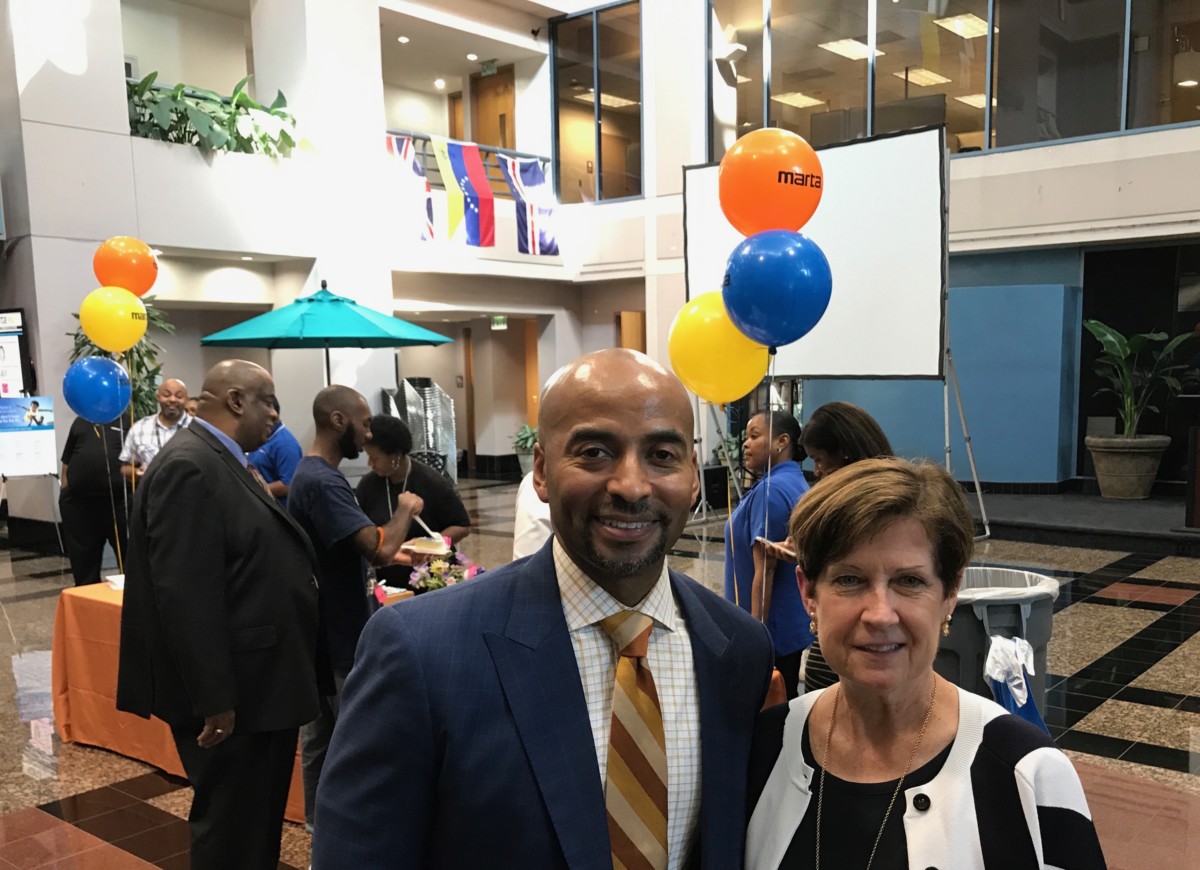 Keith Parker and Liz O'Neill at his going away party at MARTA's headquarters on Oct. 11 (Photo by Maria Saporta)

At 11:59 p.m. on Sunday, Keith Parker’s tenure as MARTA’s general manager and CEO ended as he started his new role as the CEO of Goodwill Industries of North Georgia.

The timing was significant. During his last week at MARTA, Atlanta hosted the annual meeting and Expo of the American Public Transportation Association.

At a going away event at MARTA headquarters on Wednesday, Parker said he was feeling “melancholy” about the move. 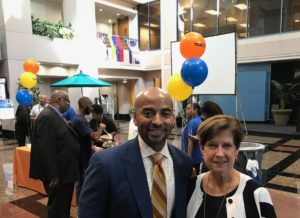 Keith Parker and Liz O’Neill at his going away party at MARTA’s headquarters on Oct. 11 (Photo by Maria Saporta)

“I’ve said a thousand good-byes in the last few days,” Parker said. “I will miss the people but I’m passionate about what I’m going to do.”

(More on the back story of Parker’s move to Goodwill at the end of this column).

Parker did admit that he felt there was a guiding hand at work that allowed him to be MARTA’s CEO when APTA came to town.

The conference provided a valuable snapshot of how the transit industry is doing and where it is headed.

Ironically, when many communities seem hungrier than ever for transit, the federal prospects for funding are cloudy at best. The administration of President Donald Trump has vowed to eliminate “new starts” for transit funding, but so far, Congress is resisting such a move, according to Dick White, APTA’s interim CEO. Also, existing transit systems are overwhelmed to bring their systems up to date.

“We are now $100 billion short in (getting our systems to) a state of good repair,” White said. “We are falling farther and farther behind.  We have to insure that transit is part of the federal infrastructure funding….  We are seriously underfunded.” 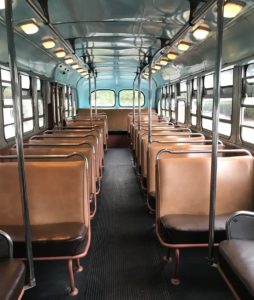 “And ridership is up. The American Public Transportation Association released a study last week showing that public transit ridership in rural and small towns has grown 8 percent between 2007 and 2015, despite declining rural populations.”

In cities like Atlanta, the demand for more transit is even greater.

Companies seeking to employ millennials and young professionals have realized they need to be located in transit-friendly, walkable communities in order to attract the skilled workforce they need to run their enterprises.

“People increasingly want transit as part of their experience,” said Robbie Ashe, chairman of MARTA’s board. “MARTA is part of a conversation here that is driving development.”

Parker agreed, saying MARTA has been involved in major company relocation efforts since Mercedes-Benz decided to locate its North American headquarters in Atlanta several years ago.

“Amazon is the biggest prize out there,” Parker said, adding that developers are contacting MARTA asking how they can put a deal together to land Amazon. “MARTA is front and center in those conversations We are having to retrofit our cities to make transit fit. What we are saying as an industry, we know public transit will have an important seat at the table.”

Ashe said communities need to have the funding flexibility to invest in transit if they want to compete for companies like Amazon.

“In the Amazon RFP (request for proposals), they have made it very clear that access to rail transit is a non-negotiable point for them,” Ashe said. “There are two jurisdictions that have identified a path to fund transit expansion – Clayton County and the City of Atlanta. Our role in any Amazon discussion would depend on where they would go – an existing transit station or expanding the system.” 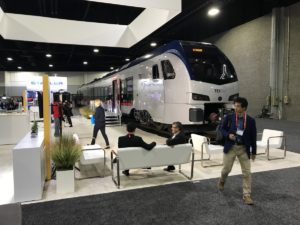 A railcar for the future (Photo by Steve Epstein)

Still, Ashe explained that MARTA, the 8th largest transit system in the United States, and unlike its counterparts, has never received significant state support.

But Ashe is sensing a real change in attitude towards MARTA and transit.

“In the last couple of years, MARTA has worked really hard to get rid of legitimate reasons for governments and people to not partner with us,” said Ashe, who added that MARTA is not seeking operating dollars. “What we would prefer is funding for significant capital projects There still would local community and federal support. Then there could be competitive grant-making. open to all of the state’s transit systems.”

Nat Ford, the incoming chairman of APTA (and former MARTA general manager), said the transit industry also may need to adapt to this transformational moment with innovations in autonomous and electrical vehicles..

“We have the opportunity to connect across all modes – pedestrians, bicycles, bus and automobiles,” said Ford, who is now CEO of the Jacksonville Transportation Authority – a multimodal agency. “I believe mobility management is the future for our industry. We need to make the pivot and become mobility managers and not focused solely on bus, rail and para-transit services.”

Ford said there needs to be a marriage between road builders and transit. “I do think there’s a greater opportunity for funding if we work together in a holistic manner rather than competing,” Ford said.

Chao also said there are opportunities for public-private partnerships in the transportation industry, and she encouraged local governments to take the lead in getting projects moving.

“Public transit will continue to play an important role in the future of our nation’s infrastructure,” Chao told APTA members. “The Department of Transportation and the Federal Transit Administration are committed to working with you to keep our transit systems safe, reliable, and accessible.”

In Atlanta, the next big step will be to hire Parker’s successor. Elizabeth “Liz” O’Neill, MARTA’s chief counsel, currently is serving as interim general manager until a search for a new CEO is completed. 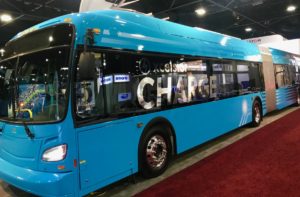 At Parker’s good-bye reception with MARTA employees, nearly everyone wanted to get their pictures made with him. Parker shared thoughts about his move to Goodwill at the event.

“I’ve been with Goodwill as a volunteer for a long time going back to my San Antonio days,” Parker said, adding that he began thinking about his next chapter about a year ago. Becoming CEO of APTA “was a real possibility,” but there were others.

“I had a lot of interest from academia, and several transit systems contacted me. But everything required me to move out of Atlanta – to go to New York or D.C. I wanted to stay here,” Parker explained saying he made that decision when his daughter enrolled in the University of Georgia.

“I’ve become passionate about income inequality and the growing gap between the haves and the have nots in the country,” Parker said. “The CEO of Goodwill of North Georgia announced in March he was leaving this year. In June, I was contacted. It moved so fast, it was unbelievable. Goodwill employs about 25,000 people during its fiscal year. It has an enormous mission.”

Just like Parker helped change MARTA’s image, he is looking to have people change the way they think of Goodwill – a nonprofit with a much broader mission than as a place to drop off clothes and buy furniture. Goodwill’s mission is much broader, and Parker would like for the general public to appreciate how it fights poverty through employment and services.

As excited as he is to join Goodwill, Parker will miss the transit industry.

“I started in transit when I was 24 years old as an intern in Greater Richmond, Va.,” Parker said. “I was the lowest paid person in transit. I fell in love with the business.

Here are more images from the APTA Expo shot by Kelly Jordan: 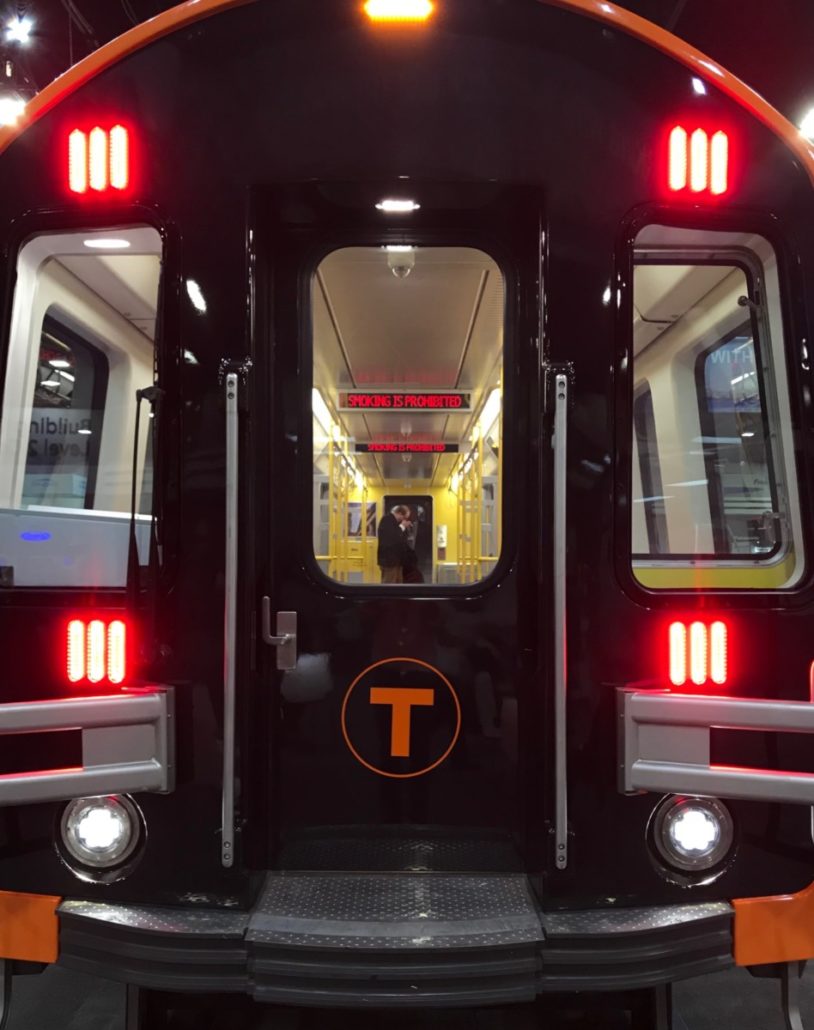 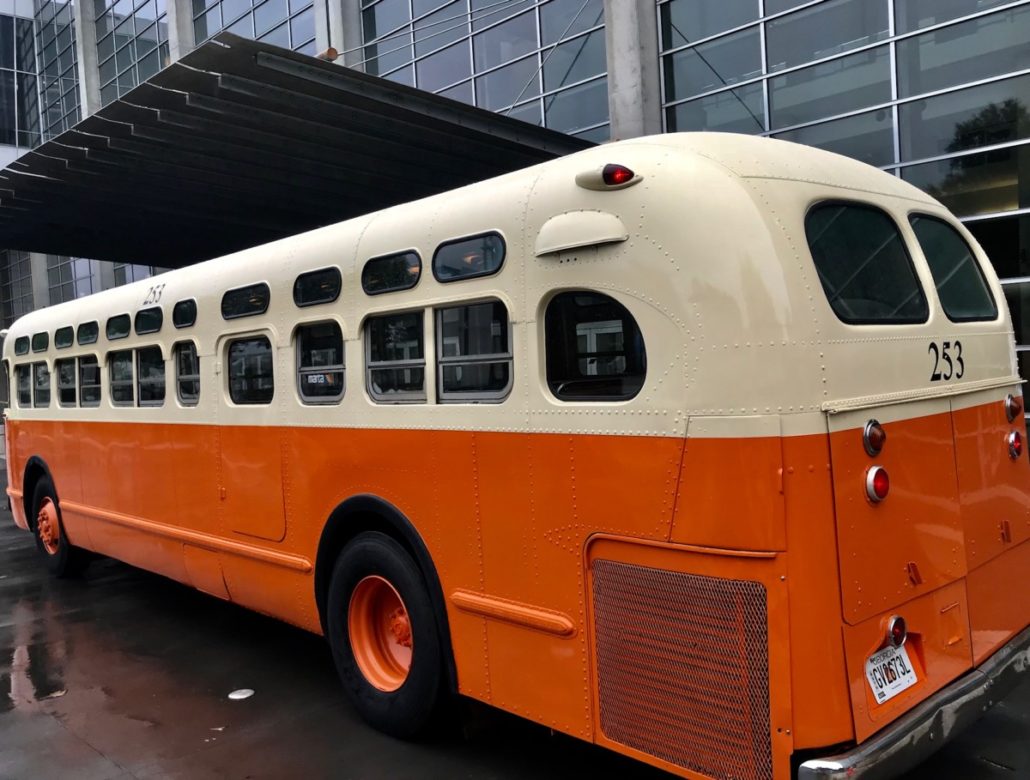 A MARTA bus from yesteryear. The APTA show provided perspective on how transit has changed over the decades (Photo by Kelly Jordan) 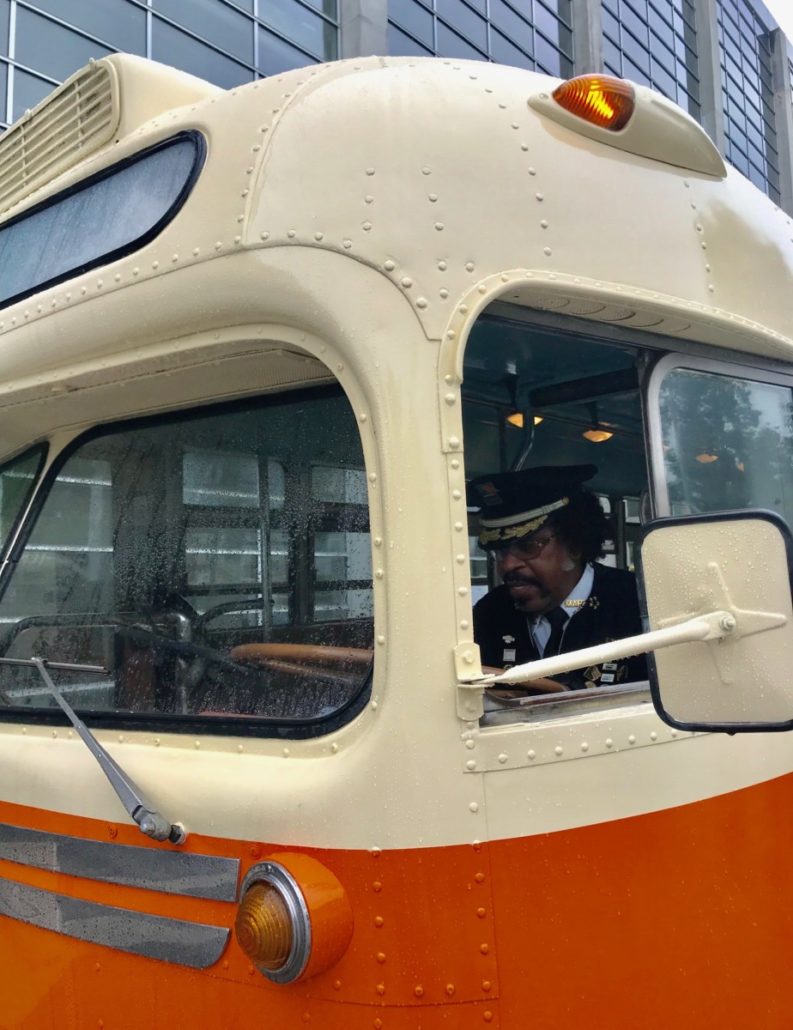 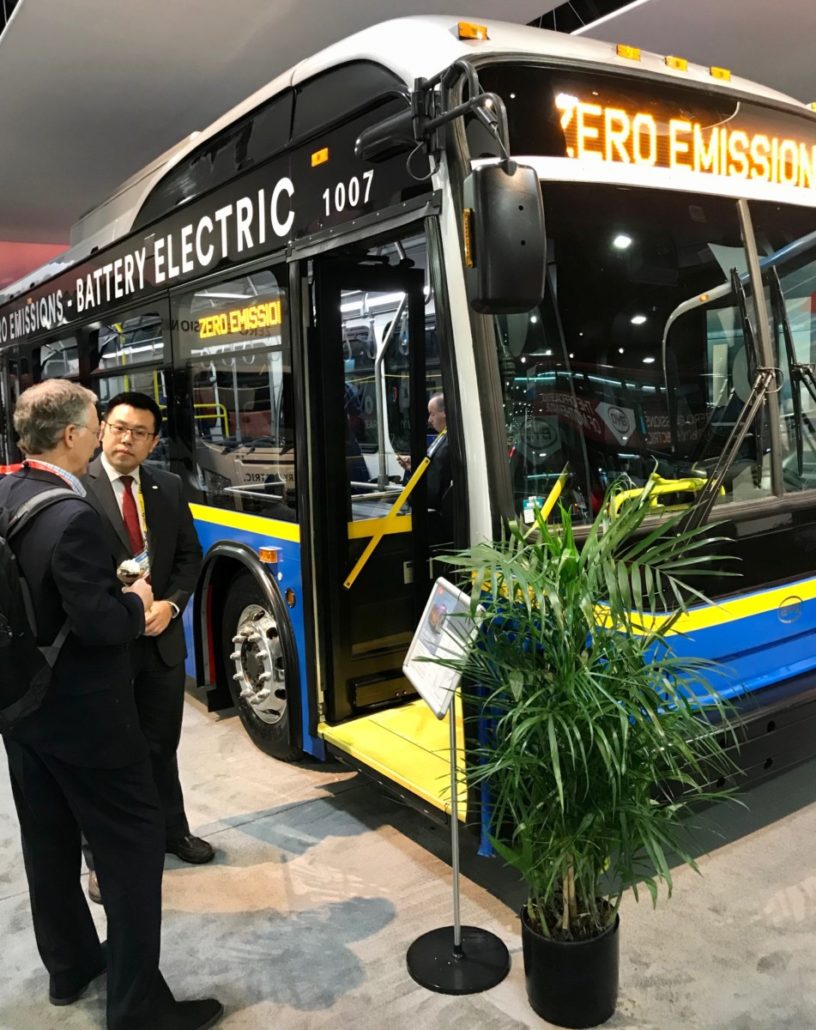 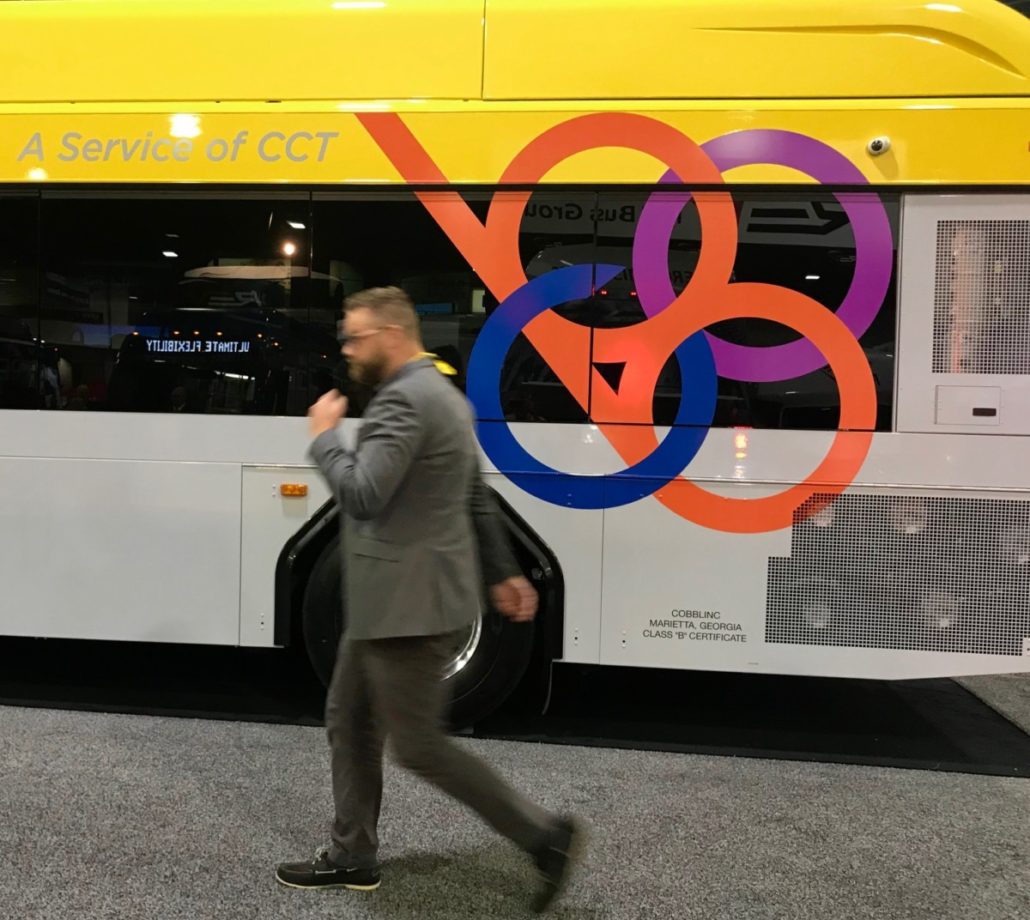 All modes of transit were on display (Photo by Kelly Jordan) 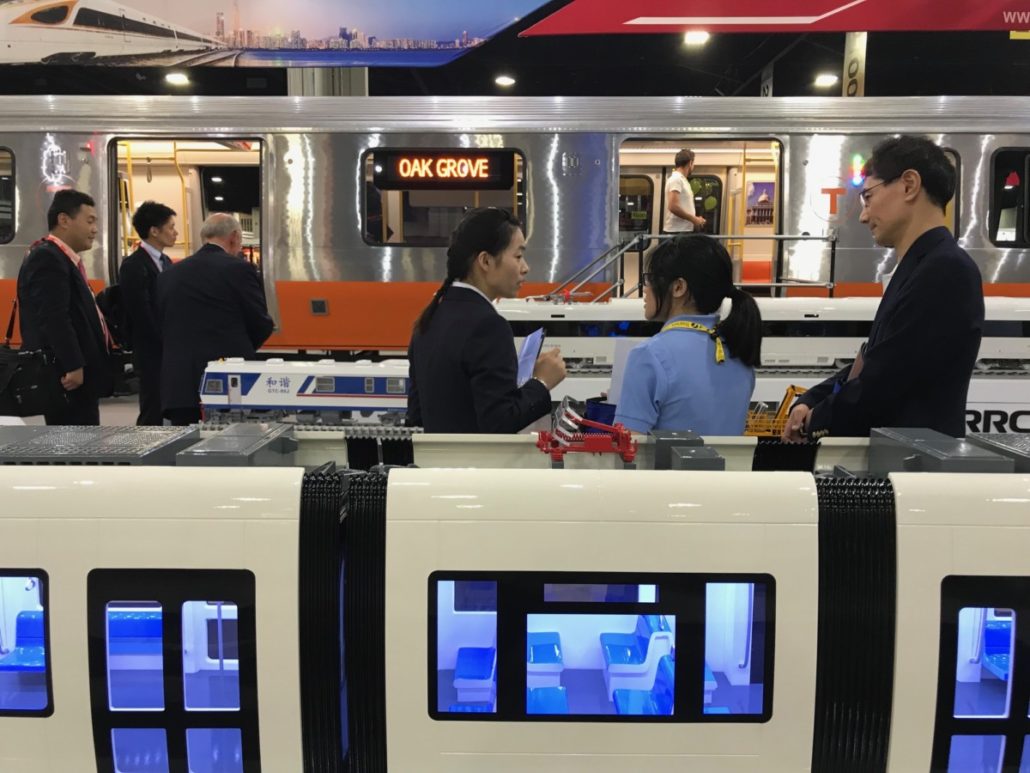 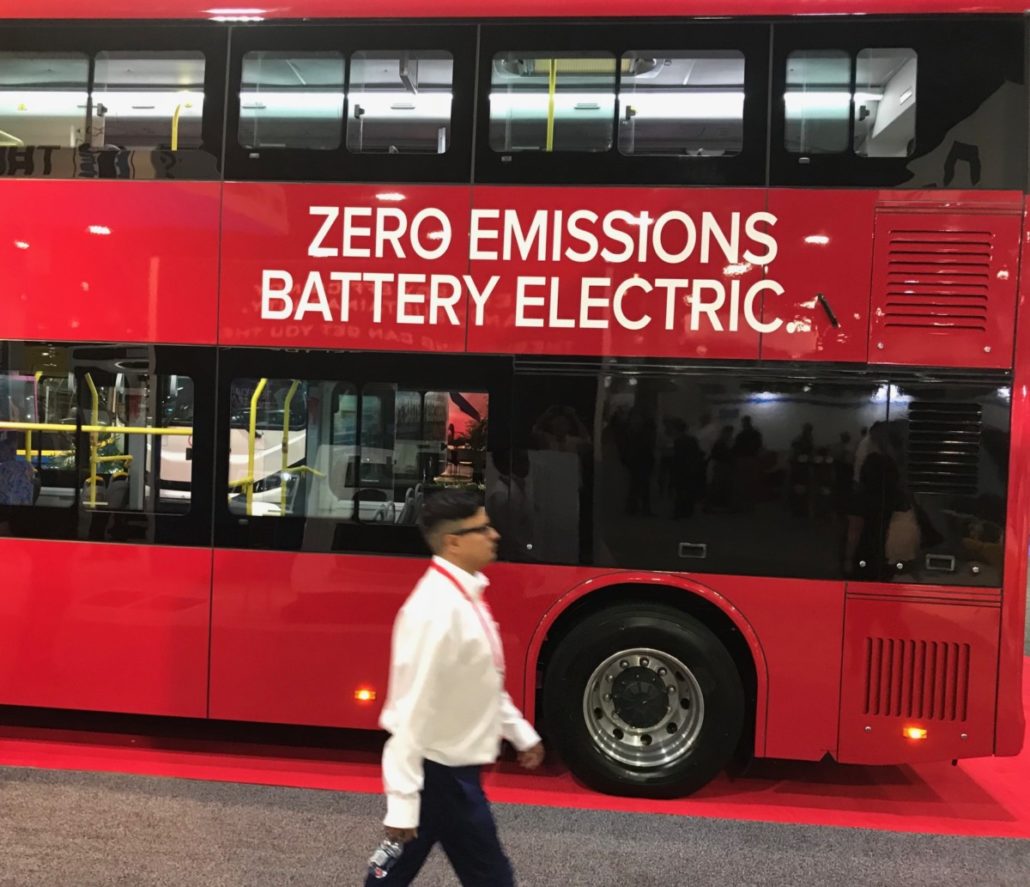 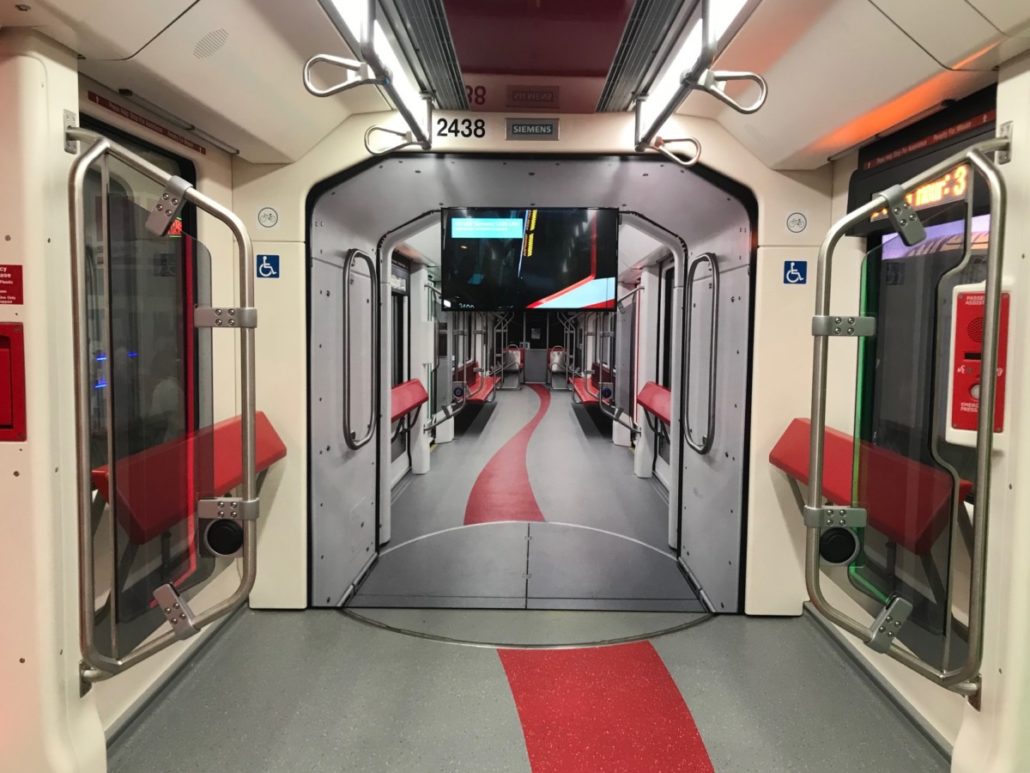 A look into the future of transit (Photo by Kelly Jordan) 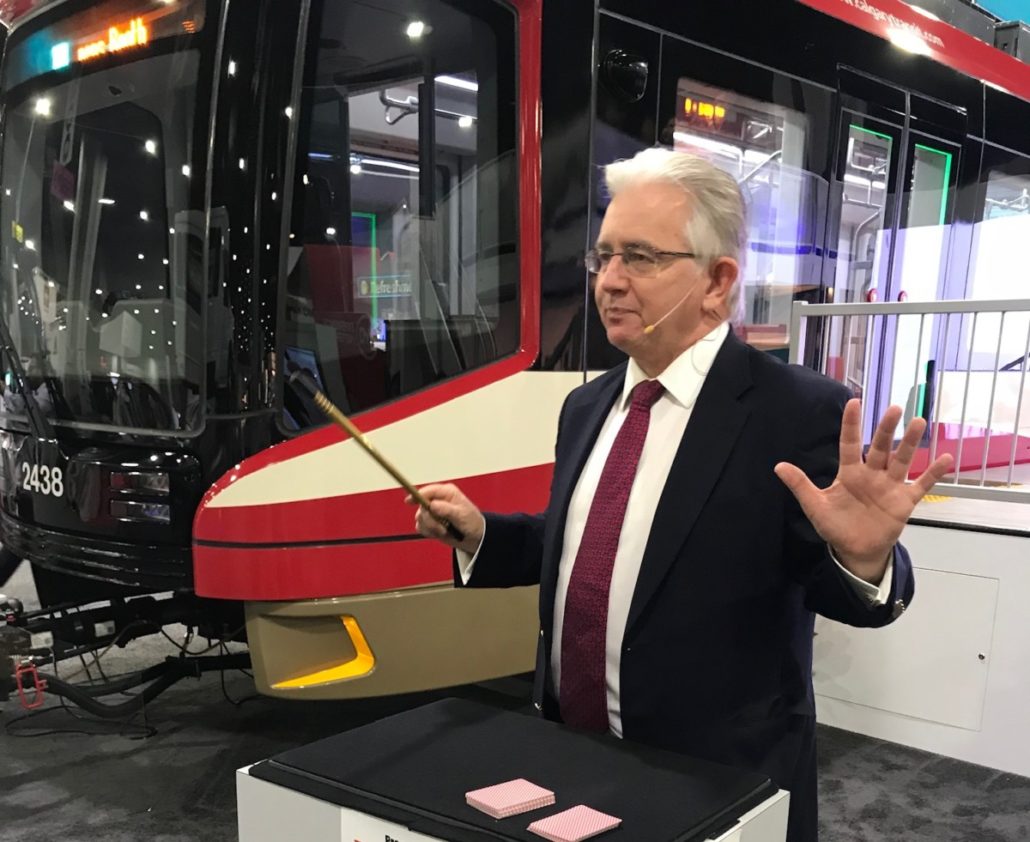