Kelly Loeffler of ICE has “little bandwidth” to run for U.S. Senate

Atlanta Dream co-owner Kelly Loeffler is flattered to be mentioned as a possible U.S Senate candidate, but right now her life is all-consuming.

Loeffler, who is also vice president of investor relations and corporate communications at Intercontinental Exchange (ICE), has been mentioned by Republican insiders in Georgia who would like to bring new names into the 2014 race for Senate to succeed U.S. Senator Saxby Chambliss (R-Georgia). The U.S. Senate race also is expected to open up a series of congressional seats as well. 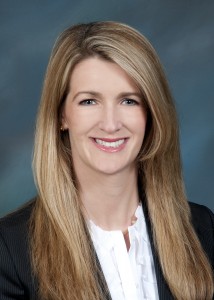 “Our endeavors here at ICE, and my work with the Atlanta Dream is fairly consuming,” Loeffler said Thursday morning in a brief telephone interview. “It is not something I have envisioned.”

Loeffler did say she has a “strong interest in politics,” but she has not thought about running for public office.

“I’m fully engaged with my work at ICE, and I have very little bandwidth for other considerations right now,” Loeffler said. “My commitment to ICE and to what we are doing here is first and foremost.”

By the way, Loeffler is married to Jeff Sprecher, the founder and CEO of ICE; and she often travels with him nationally and internationally.

Although Loeffler seemed to dismiss the idea of running for the U.S. Senate at this time, she did not rule it out altogether.

According to AJC Political Insider Jim Galloway, Loeffler fit the profile that Republican operatives are looking for: someone who is “young, business-oriented, conservative but not hide-bound, and an outsider to both Georgia and Washington politics.”