The student-run summer farmers market has reopened at Kennesaw State University, marking another milestone in the expansion of shops for locally grown food. 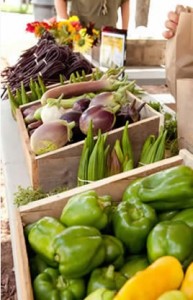 Kennesaw State University has reopened its farmers market for the summer. It’s on Thursdays from 4 p.m. to 7 p.m. Credit: kennesawstatedining.com

The KSU market is open Thursdays from 4 p.m. to 7 p.m., placing it among the markets that aren’t competing in saturated Saturday morning time slot. For example, the ELF Market, East Lake Farmers Market, is open Tuesday evenings.

The size of these local markets is in stark contrast to Your DeKalb Farmers Market, generally viewed as the granddaddy of them all and preparing for a massive expansion. And the little farmers markets represent the growing appetite for locally grown food products sold in a neighborhood setting.

The KSU market is an outreach of the university’s increased attention to the movement toward locally grown products and sustainable practices.

The market is operated by the university’s dining program and a group of students focused on urban gardening and responsible farming methods. The university operates a farm-to-campus food program that operates from 42 acres that focus on non-GMO varieties aided by natural methods of cultivation, according to the school.

The school also has created a bachelor’s degree in Culinary Sustainability and Hospitality. It focuses on ways the food service industry can improve profits by implementing sustainable practices.

The DeKalb farmers market started in a storefront east of Decatur, moved to a warehouse it built, and this spring started an expansion that is slated add 1.2 million square feet of warehouse and industrial space, plus 2,637 parking spaces, according to a development plan approved by the Atlanta Regional Commission.

The existing retail space is 142,475 square feet and is to be converted into a warehouse, according to the development of regional impact. 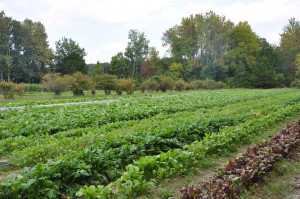 The market plans a four-phase expansion plan, with the first phase opening in 2015 and total completion of the project by 2023, according to the report:

At its facility in Forest Park, the Atlanta State Farmers Market is also focusing on growing its retail business and on June 28 will host its second Georgia Grown Farmers Showcase event. 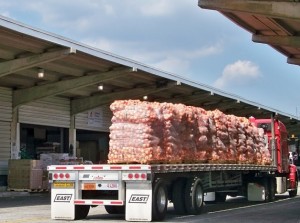 The event is one of four hosted at state markets around the state. It’s to feature a tremendous range of locally grown seasonal fruits and vegetables, and other food, plants and Georgia-produced products.

As Ben Smith noted in his recent SaportaReport story on farmers markets, the number of markets has skyrocketed in the past 20 years. The greatest growth phase started during the great recession and in just one year, 2010, 1,043 farmers markets were added to the list maintained by the U.S. Department of Agriculture. The new markets added that year represent more than a tenth of all the markets now operating.

The story observed that surveys have shown farmers markets are popular for reasons including: “the relaxed atmosphere of the casual outdoor shopping experience, the chance to meet friends and neighbors, the freshness and quality of the food and the opportunity to support local farmers, among others.”