Glenn Totten, CEO of Totten Communications based in Alexandria, Va., resigned late last week in a mutual agreement with the rest of the campaign team.

“At the end of the day, it was mutually agreed to due to the time commitment involved,” said Paul Bennecke, principal of Red Clay Strategies, one of the other consultants on the team. 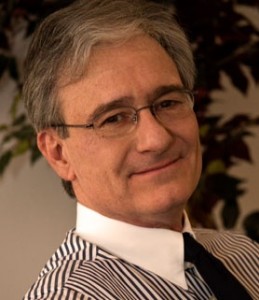 Bennecke said there was a phone call late last Thursday between Totten and other key members of the initiative, and everyone came to an agreement that Totten would resign from the effort.

“We still have a solid team in place,” Bennecke said. “This team will expand as we get closer to the election.”

Bennecke said repeatedly that it is hard to start selling a referendum before a candidate has been selected. In this case, the candidate is the transportation “project list” that will be presented to prospective voters.

“We are a year away from a referendum,” Bennecke said. “I think we are right where we need to be at this stage.”

Bennecke said that more than 80 businesses and organizations already have signed on to the effort to invest in the region’s transportation system. And he mentioned that more than 150 people attended a fundraising reception last week where both Gov. Nathan Deal and Atlanta Mayor Kasim Reed urged people to support the effort.

“Now we’re in a waiting game, waiting on the project list,” Bennecke said.

Asked why Totten decided to resign, Bennecke said: “Nobody could foresee the time and effort that was going to be required to do this.”

Asked if it became a matter of the expense of having an out-of-town firm, Bennecke said that “every campaign has got to be prudent with its resources.” But he added that he didn’t think the cost of the Totten team was an issue.

Bennecke also said that the Totten team “brought a lot to the table” in terms of advice and counsel.

The other consultant still on the team is Auburn, Al.-based Hill Research Consultants, led by David B. Hill.

If approved, the transportation referendum is expected to raise a total of $7.2 billion in metro Atlanta. Of that, 15 percent will go directly to the local cities and counties. Now the Atlanta Regional Transportation Roundtable is getting ready to unveil on Thursday, Aug. 11 its draft list of projects that would total $6.1 billion.

Bennecke said Totten’s resignation should not be an indication that the campaign effort is in disarray.

“It’s the total opposite,” Bennecke said. “We’ve got our act together.”