Let’s develop affordable housing for all of Atlanta’s residents 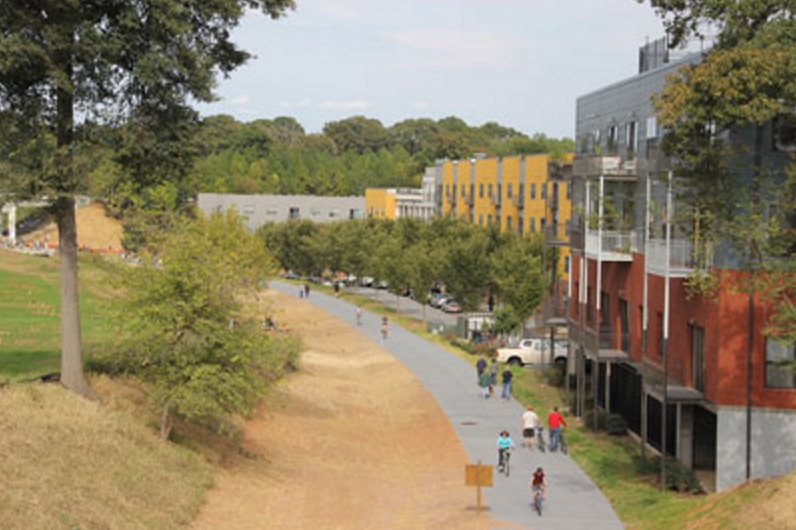 By Guest Columnist HATTIE DORSEY, a concerned citizen who is a former president of Atlanta Neighborhood Development Partnership

A policy for affordable housing has been a long time arriving.

Soon the Atlanta City Council will deliberate a proposed policy on inclusionary housing to be submitted by Councilmember Andre Dickens, chair of the City’s Community Development Committee.

I salute Councilmember Dickens, who has taken this task on at a time in Atlanta’s history when affordability is out of the reach of too many of its citizens. 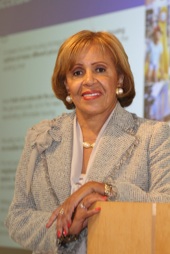 In support, Mayor Kasim Reed and Council President Ceasar Mitchell have begun to address the concern and suggested that now is the time for Atlanta to tackle this growing issue.

They have raised the additional concern of our city facing an inequitable housing gap. The question is how do we catch up with the need?

From my vantage point, the proposal to set aside 10 percent of housing units set as the goal for affordability will not meet the pent-up need.

Our city leaders should aim higher – a minimum of 20 percent, and even at that level it will leave a large deficit with too many citizens paying more than 33 percent of their income on housing. Of special concern are those citizens who work in the service economy who too often pay as much as 60 percent for housing .

Atlanta is now included among the ranks of San Francisco, New York City, Washington, D.C. as being a city that lacks enough affordable housing options needed by its citizens.

Like Atlanta, they are recognizing that a lack of affordability is a problem – the workforce demands all levels of housing.  Citizens, including all age groups from millennials to seniors and all income ranges are not addressed in the current development opportunities, especially in rental housing.

A reluctance has long existed to tackle the growing need because the statement, “affordable housing,” causes brows to furrow when thrown into the growth development conversations – both by existing neighborhood residents, developers as well as elected officials.

Though disproved, the outdated fear of bringing down property values still exists.  To make it more saleable, descriptions often include the term “workforce” instead of “affordable housing. 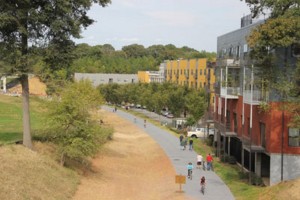 The Old Fourth Ward on yhr east side of Boulevard is an example of unaffordable and high displacement. It took less than 10 years for homes to sell above $600,000 for new housing. The closer to the Beltline the more expensive.
Researchers are studying the the impact the Atlanta BeltLine is having on the well being of nearby residents. P(hoto: brownfieldrenewal.com)

Affordable housing is often felt the responsibility of the local housing authority, which is unfair and impossible because of its current policy for developing mixed-income communities.

While I was president of the Atlanta Neighborhood Development Partnership (ANDP), we engaged in collaboration with both the public and private sectors (corporate and financial institutions).

With a unified voice in 2004, we produced a document titled “Making the Case for Mixed Income Housing.”  Backed up with research and statistics, it recommended that a good neighborhood include housing from high chair to rocking chair with a choice of housing options suited for each stage of life’s development in all neighborhoods.

Three years later, there was a “Next Generation” of that report.

Inclusion was at the center of the theory, which also included having a workforce for all level of business, improved schools and reduced poverty. When implemented, neighborhoods thrived.

Not only did we recommend this approach, we invested with developers and community organizations to demonstrate that it could work – and it did.  We were intentional in our approach – and the development community worked with us.

We, as citizens, all want to live in a neighborhood where we can live in safety, with transportation options, available services, parks and other amenities within walking distance.

Several current and new opportunities exist in Atlanta’s announced housing development plans to demonstrate an inclusive approach such as the Beltline, transit-oriented development around MARTA stations, the Civic Center and Turner Field.  All of these can be developed as mixed income communities with a range of housing choices for citizens in multiple stages of life.

To make certain that no citizen is left behind, our elected members of City Council, must ensure that the proposed inclusionary housing policy will mandate a level of inclusion in all projects moving forward especially those developments that use tax payers’ investment – for both multi and single family.

Most developers get some level of taxpayer financing or incentives currently under the names of Tax Allocation Districts (TAD), tax abatements, and other resources available from the city.

When these resources are requested, I believe the approved percentage of units must be made available to individuals who fall within 50 percent to 80 percent of the Area Median Income (AMI) not at the current beginning level of 80 percent now under consideration.

We, as taxpayers, make these kinds of abatements available, and we should enjoy the advantages of its outcome.  I would prefer using the City Median Income (CMI), but I know there would be a tremendous push back because the City’s CMI is lower than the AMI.

Now is the time to strive for a higher affordability goal.  Atlanta is growing, and it fortunately is attracting many newcomers.

While we are happy for this growth, let us not get carried away and exclude those of us who paid the price when we were not so ‘hot’.

We are still here. and we all want to share in the wonderful things now happening. We as a city can help make Atlanta affordable for every one. We can do this. Where there’s a will, we will find a way.