One of the leading champions of Arizona’s controversial immigration bill passionately defended the state’s need to clamp down on illegal aliens.

State Sen. Russell Pearce, who has had a career in law enforcement, described a dangerous Arizona overrun by gangs and criminals, many of whom have crossed the border into the state illegally. 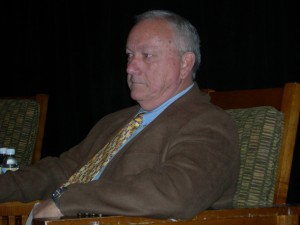 Pearce told an influential group of about 100 Atlantans on the annual LINK trip said the media’s reporting of the new bill has been full of “misinformation.” 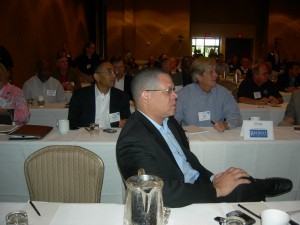 At one point, Pearce questioned allowed “how the president of the United States can stand up and support law breakers rather than law makers.” Pearce said Phoenix is second in the world in kidnappings after Mexico City.

“Citizens have a constitutional right to stand up and expect the laws to be enforced,” Pearce said. “This bill is really modeled after federal law.”

But Pearce said existing laws are being ignored.

“We are securing the borders in Afghanistan and Iraq and all over the world, but not in our own country,” Pearce said. 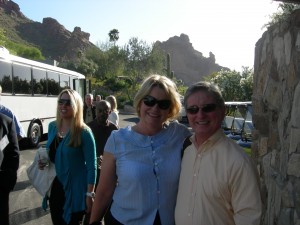 He added that bill 1070 doesn’t change the law, it only takes “the handcuffs off of law enforcement and puts them on those who are violating our laws. Enough is enough.” 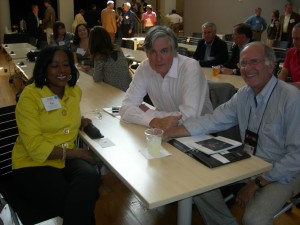 LINK had scheduled Pearce to be on the program with a major opponent of the bill — Daniel Ortega, but Ortega had car trouble and will be speaking to the group on Friday morning.

That gave Pearce the stage to argue for the bill without being challenged. Pearce also dismissed statements made by critics of the bill.

And Pearce said that the bill prohibits racial profiling, and people can only be asked to show their residency papers only if there has been questionable behavior.

But when pressed about what kind of actions would give probable cause for people to be stopped, Pearce avoided the question. 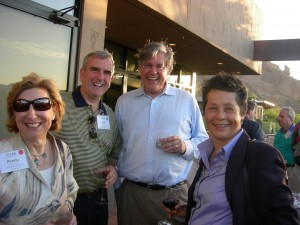 Asked about whether he was concerned about the negative attention that Arizona has received because of the bill (conventions are canceling and it’s still a hot national story a week after Arizona Gov. Jan Brewer signed the bill, Pearce said no.

Instead, he believes it will lead to more business and tourism coming to Arizona because it will become a safer state. 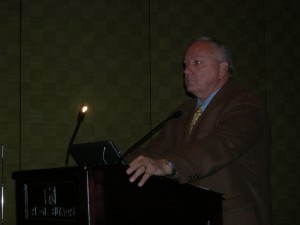 “This is what we should have done 30 years ago,” Pearce said. “Things are bad or worse than they have ever been on that border. We have an obligation to protect our borders. Here in Arizona, we are going to do it, and we’re not going to apologize for it.”

Previous Article
Fast-growing Phoenix, like Atlanta, slows to a halt
Next Article
Atlanta leaders work from Phoenix on unsuccessful efforts to push arts bill for counties