The regional leadership delegation – LINK – will be going to Chicago at the end of October where it will focus on the issues of historic racial inequities, the wealth gap as well as transit and economic development.

Since 1997, LINK (Leadership, Involvement, Networking and Knowledge) has been going to different North American cities annually to study how other regions are addressing issues metro Atlanta is also facing. About 100 government, business and civic leaders will be going to Chicago in what will be a return visit to the Windy City. 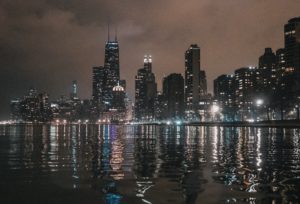 The first time LINK went to Chicago was in 2002, the first year that Atlanta Mayor Shirley Franklin was in office. The Chicago trip helped set the tone for an unprecedented era of regional outreach between the City of Atlanta and the rest of the region.

“It was perfect timing,” Franklin said in an interview. “We met with Mayor (Richard M.) Daley. In his presentation to our small group, he said all the pieces are fine. But cities must be successful places for families to live. When I think back on that conversation, I think he was saying to not forget the people side of the equation.”

Daley also told Franklin and the Atlanta delegation how the signature city could foster an environment for regional cooperation. Specifically, he described how he had reached out to mayors throughout the Chicago region to meet on a regular basis. That became the Chicago Mayors Caucus, which still exists today.

Franklin adopted that idea and formed the Metro Atlanta Mayors Association (MAMA), but after she left office, the impact and enthusiasm for the association dissipated.

But the caucus is still going strong in Chicago.

Melissa Roberts, who is the LINK program manager for the Atlanta Regional Commission, said Chicago’s metro mayors met every Sunday night during the Covid pandemic.

“It has continued to give them an opportunity to be more coordinated with each other,” Roberts said. “Those weekly calls had up to 225 people on them.”

Doug Hooker, ARC’s executive director was on the first LINK trip to Chicago in 2002.

“That Chicago LINK trip occurred at a time when the Atlanta region had not developed its collaborative muscle and spirit as we currently have,” Hooker said. “There’s so much I thought we could have learned back then that we didn’t take full advantage of. Today, I think we are a lot more mature and a lot more open to learning lessons from Chicago and other regions than we were back then.” 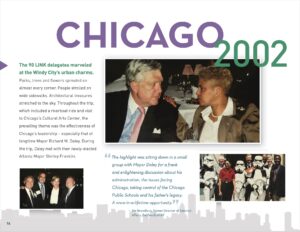 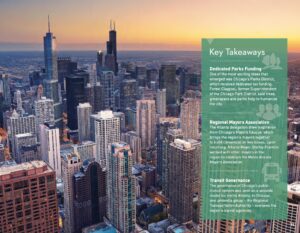 But one of the big differences from 2002 and 2021 is the presence of the City of Atlanta. In 2002, Mayor Franklin was front and center, building regional relationships and taking the lessons she saw in Chicago and trying to apply them to Atlanta. One example was her attempt to model a self-funded Atlanta Parks District after the Chicago model. That effort ran into resistance from the Atlanta City Council.

Because of the timing of the 2021 Chicago trip, no elected official from the City of Atlanta will be on the trip. The election for mayor will take place three days after the LINK trip, and no one running for mayor could go on the trip. Atlanta Mayor Keisha Lance Bottoms has not taken much of an interest in the region – never attending a LINK trip while she was in office and never attending an ARC board meeting during her term as mayor.

Historically, LINK trips have focused on the issues of regional transportation and economic development, and those two issues will be included in the program. The Atlanta delegation will hear from a host of Chicago transportation leaders. That will be followed by a discussion between two of Atlanta’s most important transportation leaders: Chris Tomlinson, executive director of SRTA (State Road and Tollway Authority), GRTA (Georgia Regional Transportation Authority) and the ATL (the Atlanta Region Transit Link Authority); and Jeffrey Parker, general manager and CEO of MARTA.

But the 2021 LINK trip will take a deep dive on equity issues. One part of the program will focus on collaborative efforts to close the racial wealth gap in Chicago and on economic recovery through the lens of equity with a presentation from former Atlantan Helene Gayle, president and CEO of the Chicago Community Trust. 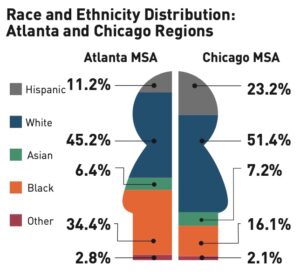 Roberts said Chicago is focused on collaborative initiatives – public and private – seeking address historic inequity and racial segregation – and Atlantans will be able to relate to those issues.

An example is “We Rise Together,” a five-to-seven year post-Covid economic recovery plan developed by the Chicago Cultural Trust focused on neighborhood investments in areas hardest hit. This effort is supported by the Corporate Coalition of Chicago, along with a full consortium of multi-sector partners, which have raised $39 million so far.

Much of the Chicago region’s work is emanating from a 2018 report from the Metro Planning Council called the “Rising Cost of Segregation,” which quantifies how much it costs the Chicago area to be racial segregated. The Chicago Cultural Trust has been working on a 10-year initiative to help close the racial wealth gap in Chicago. 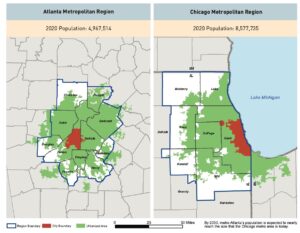 The LINK delegation also will spend the better part of its Friday in Evanston, a suburban city north of Chicago. Evanston has been making national news by developing an innovative approach to addressing historic racial inequality, working with Northwestern University, YWCA, and the Arts Council of Evanston. Its efforts include convening a racial equity dialogue for city staff, creating a Restorative Housing Program that provides $25,000 housing payments to residents who demonstrate they were impacted by “redlining’ in the past. It also has instituted a program for universal basic income.

“Chicago’s metro population is where we expect to be by 2050,” ARC’s Hooker said. That means the 2021 LINK trip can help the Atlanta region better prepare for growth and development.

What’s significantly different between the two regions is that the City of Chicago represents nearly a third of the metro area while the City of Atlanta represents only 11 percent of the Atlanta region. That means the influence of the signature cities on their respective regions is not comparable.

But one area of focus in 2002 is not being highlighted in the 2021 LINK trip – the attention to urban design, streetscapes, urban parks and architectural excellence that exists in Chicago. There will be breakout tours on Thursday afternoon to explore how certain areas have improved their quality of life through parks, cultural amenities and historic redevelopments. 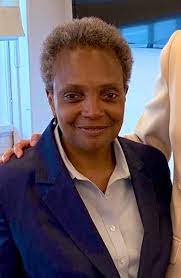 Chicago Mayor Lori Lightfoot will meet with the Atlanta delegation, but not at the opening night dinner as originally planned because of a scheduling conflict. Instead, the keynote speaker will be Michael Fassnacht, president and and CEO of World Business Chicago, region’s public-private economic development agency.

Lightfoot will be part of a panel next day on the Metro Mayors caucus, and the lessons they learned by working together in 2020.

Former Atlanta Mayor Franklin will introduce that panel – providing an historical bookend to the two LINK visits to Chicago.

“Cities evolve. And Chicago is such a great city with the influence of art and education,” Franklin said. “Doug (Hooker) called and persuaded me that there was value to have an historical perspective on the trip. Who wouldn’t want to go to Chicago?”