It says something about the transparency of governance at Atlanta’s airport when more information is publicly available on LinkedIn than is provided by the airport.

The Linkedin page of an airport manager says concessions generate over $336 million in annual revenue. That sort of figure may be of interest to concessionaire competitors in the city’s current effort to sign vendors for the airport’s 125 food and beverage sites and 27 retail shops.

No such total revenue figure is available – much less more detailed data – in the airport’s concessionaires’ brochures or its presentations to prospective concessionaires, according to a new study by Bruce Seaman, an economist with Georgia State University’s Andrew Young School of Policy Studies.

This lack of transparency affects the traveling pubic because it may prevent some quality vendors from trying to open shop at the airport, Seaman contends. 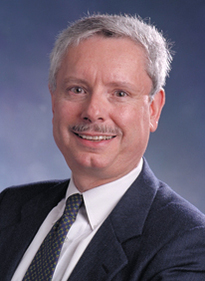 “But when you go down the list of other busy airports and see the details of their documentation, it’s just stark by contrast,” Seaman said.

An airport spokesman said in an email Friday that he would check with city officials Monday to see if they would have a response to Seaman’s report.

Some vendors who are seeking a concessions contract at the airport have been stymied in their requests for information they think is important to their business plans.

Here are some questions submitted by businesses and responses from the city. These comments are from a May 12 addendum to the city’s requests for proposals:

Question No. 116: “Has HJAIA conducted any passenger surveys to determine passenger preferences, likes, and dislikes?”

Question No. 142: “What is the basis for the rent price per square footage?”

Response: “Retail and food and beverage rents are assessed on a gross revenue basis and expressed as percentage rent. They are based on industry expert analysis of concessionaire profitability and cost profile for the airport concessions industry.”

Question No. 143: “Will the airport provide any projected enplanement figures or information to help with financial projections for Concourse F [which is still under construction]?”

Response: “The city does not provide future projections for solicitations.”

According to Seaman’s report, each of the other top five busiest U.S. airports provides easily accessible public information on passengers and concessionaire sales volumes varying by location and type of business, although not explicit rent per square footage calculations.

Seaman’s report is the second independent study of airport issues to be released this summer, a time at which the city is in the process of hiring vendors to run all the food and beverage spaces at the airport, as well as retail shops in the new 12-gate Concourse F that will serve the international terminal.

In June, Common Cause of Georgia issued a white paper that raised concerns over campaign contributions and concessions contracts. Common Cause contended that contributors have a history of winning airport contracts.

Atlanta Mayor Kasim Reed responded by vowing the procurement process will be conducted in a “fair, honest, ethical and transparent manner,” according to a statement released by his office.

Atlanta is in the midst of what it says is one the largest procurements in the history of North American airports – leasing 27 retail spaces and 125 food and drink spaces.

About 191,000 square feet of airport space is up for lease, according to Aviation General Manager Louis Miller. That amount of space is slightly bigger than a Walmart Supercenter, which sells groceries and merchandise in a store with an average of 185,000 square feet.

The presumed winners of the concessions contracts are to be selected by a team of airport managers. The managers are to be trained by the city’s Procurement Department and an industry specialist – AirProjects, Inc.

The Atlanta City Council will review and approve the presumed winners and send the contracts to the mayor for signature. This process was to begin in September and now appears to be slated to begin in October, a delay that is related to the city’s amendments to its requests for proposals.

AirProjects, based in Alexandria, Va. was chosen for the job without a competitive bid.

The company had a preexisting contract with the airport that was expanded to include the training of the selection committee, an airport official said in May.

Previous Article
“Cowboys & Aliens” lives up to its name — dog and all
Next Article
America and Georgia need smarter, not less, government